Navdeep Yadav
Jun 18, 2020, 10:01 IST
BCCL
Tata Motors Finance, the captive financing arm of said that about three-fourth of its loan book is under moratorium as of June. The company has seen 60% less repayments of loan due to moratorium.

Gupta told Mint, while the average collection for a good month is about ₹1,500 crore, the company recorded repayments worth ₹600 crore. 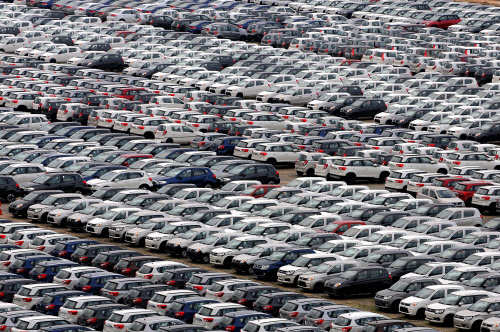 After Maruti and Hyundai, Tata Motors offers discounts as car makers get squeezed between slow sales and slower registrations


TMF extended the RBI moratorium on loan payment of EMIs to all its retail and , who were impacted by the significant reduction in overall economic activity. Advertisement
The company said it engaged with 3,000 of its customers, across segments and vehicle applications and provided moratorium to those who opted for it. It noted that getting stranded vehicles operational, low fleet utilisation and challenge of operational viability due to minimal cash flow emerged as the major areas of concern for the customers who failed to pay EMI’s.

“In the aftermath of , we have extensively engaged with them to understand their immediate challenges better and accordingly develop a range of solutions to address their need of liquidity for immediate survival and near term sustenance,” said Samrat Gupta, CEO, Tata Motors Finance.

In March, RBI announced a three-month moratorium on payment of all term loans due between March 1 and May 31 and, later, extended it till August.
Advertisement

Gupta said that customers mostly availed moratorium for micro, small and medium enterprises or MSME firms. TMF has about 4.9 lakh loan customers, and Gupta expects that more than 50% of customers will opt for working capital and other emergency loans.

The company said it offered customers a rich portfolio of customised options ranging from the restructuring of loans for flexible EMIs to new vehicle loans with low EMI levels for the first 12 months and bill discounting for fleet operators.

The company has assets under management (AUM) worth ₹37,000 crore, and its annual book size is likely to decline this year on extension of the moratorium. Advertisement
SEE ALSO: JLR saved the last quarter for Tata motors⁠— but the challenges in China, UK, and Europe are mounting

After Maruti and Hyundai, Tata Motors offers discounts as car makers get squeezed between slow sales and slower registrations