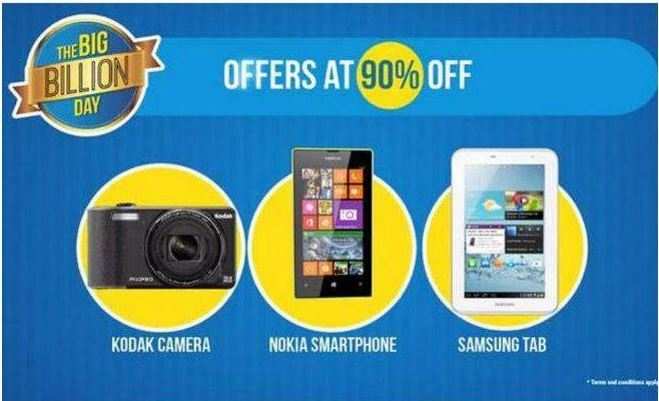 Advertisement
You either love it or hate it, but one thing’s for sure, there’s no way you could have ignored the madness that was ’s Sale.

In its second year, Flipkart’s trademark sale lasted from the 13 th October to the 18 th October and was restricted to only its app users. This meant that people who hadn’t downloaded the Flipkart app on their smartphones wouldn’t get invited to the goodness of the sale.

While critics weighed the pros and cons of the sale going app-only, what was ignored was the brilliant marketing ploy by the company to tempt more people to download the app, all for some discounts.

Flipkart had a range of issues of its own that it had to ensure went smoothly. Add to it, its rivals and zeroing on the exact week to host their own sale. The battle of the e-commerce websites kept on getting bigger!

The six days were filled to the brim with unbelievably good deals, complaints of the app crashing and products being sold out, but amidst all this, Flipkart claimed that it managed to sell 10 lakh units within the first 10 hours!
Advertisement

Keeping that achievement in mind, we decided to dig deeper and let the Big Billion Day data speak for itself! The idea was to compare the returns of last year and pit them against the one seen this year.

MySmartPrice, a leading comparison and shopping product discovery platform helped us crunch the numbers and here’s what they say-

There has been a growth in sales of about 21% in the metro this year, whereas the non-metro sales took a massive falling this year.

Talking specifically about the sales this year, the biggest winner was undoubtedly the Mobile Category, which saw a transaction rate of 23.77%, the gross merchandising value for which stood at 51.77%.

In general, the electronics, appliance category seemed to be the game winner for Flipkart as it kept the sales going.

Flipkart Deals, Offers and Coupons provided some solace too, albeit not too much.

Beauty, Baby, Sports, Office and Books were the categories that were the biggest losers and didn’t do too well this year.
Advertisement