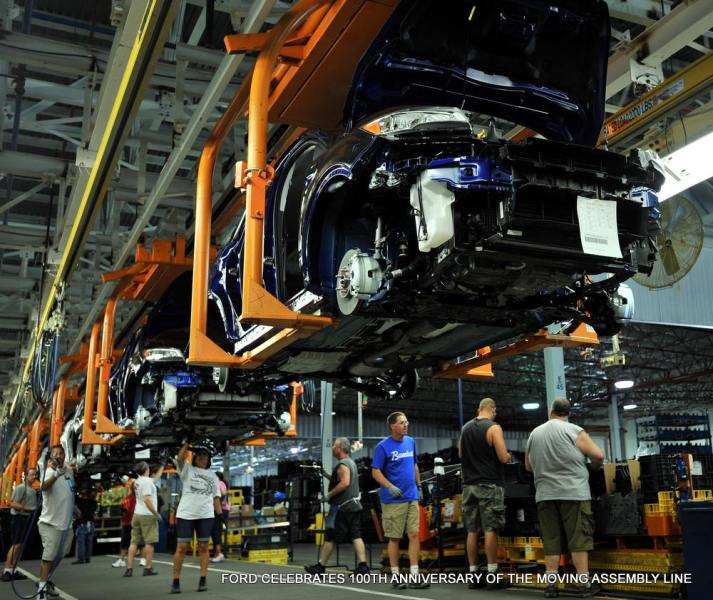 So far Korean carmaker and Japanese auto major were keeping the top slots among top car exporters from India but now they have a new challenger to face off. Chief Executive is looking at India as a big export base for its cars and an important contributor to the auto maker’s global goal of selling close to 10 million vehicles a year by the end of this decade.

“Last year we sold 6.6 million (vehicles globally). Now, when you look at the growth now and the end of the decade, almost 50% of the global growth will be in China and India,” Fields told the Economic Times. “So, you don’t have to be a to guess that you have to be successful in India.”

In India to attend the inauguration of Ford’s new engine and car manufacturing plant at Sanand in Gujarat, Fields said the US-based company’s vision is to make India its export hub for small cars and small-displacement engines. It has a target to triple exports from India over the next five years. ’s exports in 2014 nearly doubled to 77,000 vehicles. Including that, it sold 154,000 vehicles in the past year.

Advertisement
Ford India registered 29% growth in combined domestic wholesales and exports in 2014 to 154,121 vehicles from 119,715 in 2013; Solidifies India’s position as an export hub

Fields said during a meeting he had with last year, the asked him to use India as an export base. “Our interests are therefore completely aligned,” he told ET.

The maker of the EcoSport compact SUV and Figo hatchback entered the nearly two decades ago, but still couldn’t crack the market where Maruti and the local unit of Motor rule with a collection of small cars. According to analysts, Ford, Detroit rival and European Volkswagen haven’t got their product strategy correct here. In India, Ford is often called a one-car company, because most of its sales, at any given time, come from one model. Now, it is the EcoSport.

Advertisement
Ford wants to shed that image. Fields hopes Ford’s on products, facilities and people to help turn the Indian operations profitable “as soon as possible”. He is unfazed by past record, and is focused on the future. “We are making investments and we want them to bear fruit.”

While there will be a lot of focus on exports, the company is also expanding the local portfolio. “We are introducing three new products in the next 12-18 months,” the said.

On Thursday, Ford introduced one of them, the Figo Aspire, a sub-four-metre car that will compete with leader in the top-selling compact sedan market.

Advertisement
Ford has so far invested about $2 billion in India. It has put in $1 billion in the new plant, its second in India which was inaugurated on Thursday by Anandiben Patel.
Fields said Ford will employ 2,500 people at the Gujarat facility. “When you add that to our existing workforce, we will have 14,000 people doing great work for us,” he added. The new plant has doubled the company’s car manufacturing capacity in India to more than 4,40,000 vehicles annually. It can also produce 6,10,000 engines a year.

And, what is Fields’ take on Indian consumers: They are the “most discerning on this planet”.
NewsletterSIMPLY PUT - where we join the dots to inform and inspire you. Sign up for a weekly brief collating many news items into one untangled thought delivered straight to your mailbox.
CAPTCHA: