Why Indian equity market is likely to overcome headwinds 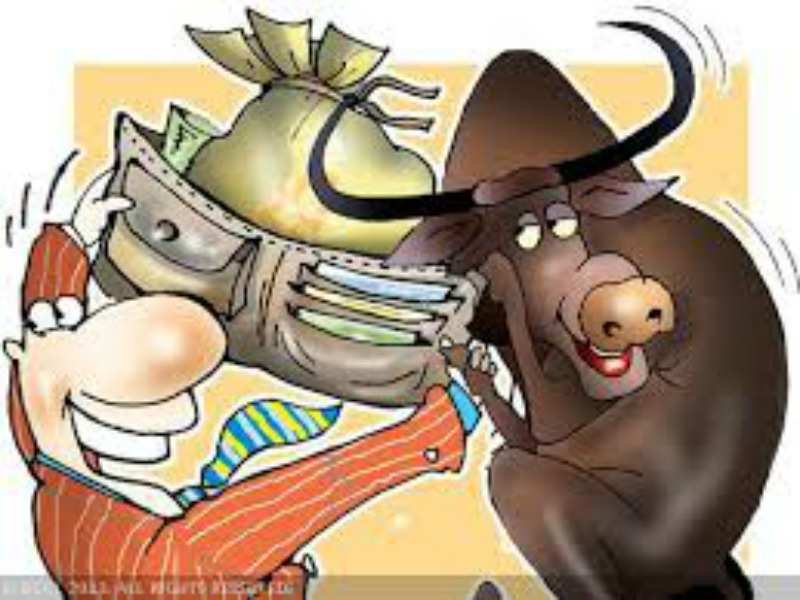 For the first time in over a year, global investors have gone back to being ‘neutral’ on the Indian markets compared with the overweight position that they had held since October 2014. This was stated by the latest edition of the Bank of America Merrill-Lynch Fund Managers’ survey.
Advertisement

The dip in euphemism among global investors amply reflects a growing perceptive that Indian equity markets are undergoing a correction and investors need to be cautious.

According to the survey, it is the first time since October 2014 that India is falling out of favour from being most overweight.

In fact, foreign investors have turned bullish on India since 2014 Lok Sabha elections, hoping that the new government will help revive economic growth by bringing far reaching reforms and addressing structural issues, leading to a spike in foreign inflows into Indian equity markets.

In 2014, foreign investors pumped in a whopping $16.16 billion in Indian equities, helping the market surge close to 30%.

Advertisement
Indian stocks also benefited immensely from the fall in crude oil prices, which coincidentally started falling in June 2014. The Modi-led government made use of this opportunity by ending subsidies on diesel in October 2014.

In contrast, since September this year, the benchmark BSE Sensex fell more than 10% while the Nifty too marked a sharp fall.
While the slowdown in China (Chinese equity markers declined more than 30% over the last few months) was an obvious trigger, the prolonged surge in markets—which lasted for more than a year since the run-up to the polls last year—was anyhow necessitating a correction.

Overall, volatility in emerging markets, concerns over worsening global risk environment, weak earnings outlook, collapsing commodity prices, a stronger US dollar and higher bond yields have forced fund managers to pull their positions to close to record lows across markets. This means what is happening in India is not an aberration.

In the past 17 months since assuming power at the Centre, the BJP government led by managed to set a clear direction for economic growth, enliven the spirits of investors at home and elsewhere by announcing a slew of structural reforms.

The reforms included removing adversarial and oppressive direct tax measures (now domestic taxation processes are simpler—tax returns can be filed online and taxpayers can get refunds online) and made a considerable headway in its attempt to implement GST—the biggest indirect tax reform measure envisaged in the country’s history.
Advertisement

However, abysmal levels of capex by private firms remain a concern as Indian companies continue to be over-borrowed and overstretched.
Corporate results that continue to be subdued too have proved to be a dampener for the markets.

In fact, despite broadly stable EBITDA margins, net profit margins remain on a downtrend, and are 1.8 percentage points below their 20-year average of 11.7%. Among the reasons for poor profits of Indian corporates are high interest costs and depreciation and amortisation expenses owing to increased debt.

Besides, the loss of BJP in the state elections in Bihar came as a major setback for the Modi-led government, hurting the market sentiment further.

While BJP had last year faced defeat in state elections in Delhi, the loss in Bihar is much more damaging as the state has much bigger say in Rajya Sabha (BJP was hoping to improve its tally in the upper house through a win in Bihar). The government that has already been facing a challenge in getting key reforms ratified by the upper house where it is in minority is likely to see a stronger opposition paralysing its initiatives in the future.

Advertisement
In addition, an impending interest rate hike by Janet Yellen-led US Federal Reserve continues to weigh down on India as a reversal of rate trend in the US after almost a decade is expected to pull funds out of emerging markets including India. In fact, a far higher proportion of respondents in the Bank of America Merrill-Lynch Fund Managers’ survey are expecting the Fed to hike rates this year (the proportion of respondents expecting a Fed rate hike in December jumped sharply to 81% compared with just 47% last month) and many investors are betting on a stronger dollar as a consequence.

However, the India story continues to be a strong and intact. Indian macroeconomic indicators remain relatively strong. The country recently shifted its method of assessing economic output from GDP (gross domestic product) to GVA (gross value added). It also revised the base year to 2011–2012 from 2004–2005. This resulted in economic output for fiscal 2013–2014 being revised to show a 6.9% pace instead of the 4.7% estimated by the GDP method. According to latest data, India’s GDP rose 7.3% in fiscal 2015, up from the 6.9% growth witnessed in fiscal 2014.

Besides, the primary markets are beginning to see an uptrend after a lull of almost two years. More than a dozen companies have filed draft papers with markets regulator SEBI for public offers since the new government took charge at the Centre in May 2014.

Besides, many companies, which scrapped their IPO plans earlier due to bad market conditions, have been keen to make another attempt to enter the capital markets. These translated in to a modest uptick in IPOs so far during 2015. The uptrend in IPO market is likely to have a positive effect on secondary market as well.

Besides, as China slows down, India’s position as an investment destination get a boost as FIIs looking to infuse funds in emerging markets would need a relatively safe haven to park their funds.

Advertisement
While global cues remain subdued, if Modi government continue to remain committed to pushing reforms and the opposition sees reason to support them, Indian markets are likely to overcome headwinds in the long run as the India story continues to be positive at the broader macroeconomic level.