Google Pixel starts selling in India today: Here's all you need to know about the power (read Google) packed phone 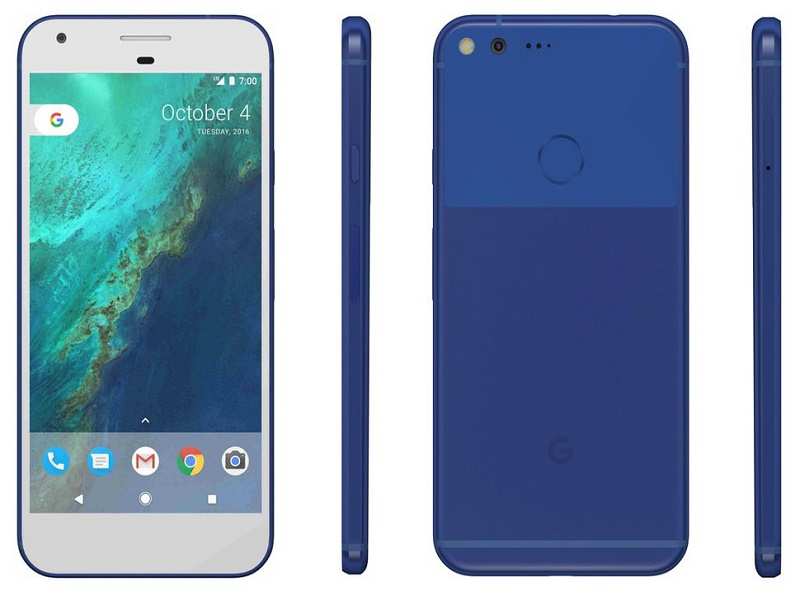 Advertisement
There could not have been a better time for to launch its new premium phone, . Its two main competitions in India Apple's 7 and Samsung's Galaxy Note 7 have had issues of their own to deal with. While Note 7 was seen as the best phone Samsung has ever made up until the phone started exploding! And as for iPhone 7 never in iPhone's history has the phone seen such a tepid response on its launch. Even Google while launching its Pixel phones took major digs at iPhone7. Hence, the stage is set for Google to shine.

Here's a recap on what Google's new phone is all about.


Specifications
Google Pixel and Pixel XL feature Full HD and Quad HD resolution. The smartphones are powered by Qualcomm Snapdragon 821 processor coupled with 4GB RAM along with 32GB and 128GB storage. Both the Pixel smartphones feature an all new 12.3MP rear camera with large 1.55 micron pixels and f/2.0 aperture. Google&rsquo;s camera brings Smartburst feature which clicks multiple images at once and suggest the best one based on the result. The cameras come with OIS and support 4K video recording.

Google Pixel and Pixel XL have fingerprint sensor and use USB-C port for charging. Pixel comes with a 2,770mAh battery while Pixel XL gets a bigger 3,450mAh battery.
Advertisement

Design
The new Pixel smartphones have been designed by Google, it is the first ever made by Google phone however, the actual manufacturing is being handled by Taiwanese smartphone maker HTC.

Google Pixel features a 5-inch full-HD (1080x1920 pixels) AMOLED display protected by Corning Gorilla Glass 4. Pixel XL features a bigger 5.5-inch QHD AMOLED display which too has Gorilla Glass 4 coating. Both the new smartphones feature aluminium and glass frames. The phone comes in three colours, &lsquo;Quite Black&rsquo;, &lsquo;Very Silver&rsquo; and &lsquo;Really Blue&rsquo;, while the silver and black colour variants will be available in India the blue colour variant is not for sale in India. There is no camera bump on the back of the phone.

AI ready Phone
Google&rsquo;s new phone will have a completely integrated Google Assistant. The fully built in Google Assistant can be launched by simply tapping on the home button. Google Pixel is also VR ready.

Google cloud
Advertisement
The Google Pixel users will also have access to unlimited storage for both videos and photos in full resolution provided by Google's cloud. It&rsquo;s going to be a great help for storing the 4K videos.

24 hours service
Google has announced a toll free customer care number that will handle customer queries. Pixel users will have 24x7 access to this toll free phone support number along with 54 walk-in service centres across 30+ cities in India.
Google has tied up with HTC to offer after-sales service of its Pixel smartphones in 30 cities in the country and will sell the device through more than 1,000 retail outlets.

Pixel XL sports a price tag of Rs 67,000 for the 32GB variant and Rs 76,000 for the 128GB model.
Advertisement
Google will also be offering interest-free EMI and upgrade offers in India on the smartphones.