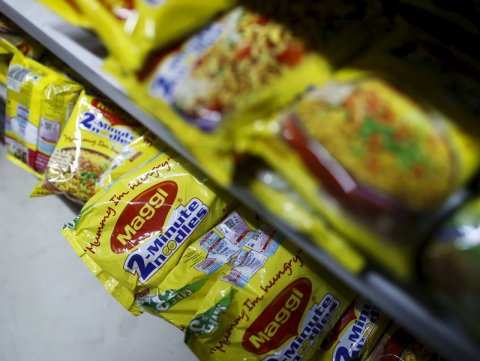 (FDCA) on Monday said it removed the ban on the sale of India’s ‘’ noodles after the lifted the nationwide ban on it in August.
Advertisement

“FDCA had lifted the ban on Maggi in Gujarat after the Bombay High Court passed an order to lift the ban across India. We took the decision based on the court order,” Gujarat FDCA Commissioner H G Koshia said.

The had banned the sale of Maggi for a month in June this year after the lead and monosodium glutamate levels in the noodles were found to be above the prescribed limits. Later, the ban was subsequently extended till September. However, the Gujarat FDCA revoked the ban mid-way in August following court order. On August 13, the Bombay High Court had lifted the nationwide ban imposed by Indian food regulators on Maggi noodles, and asked its manufacturer Nestle India Pvt Ltd to go for a fresh test of samples in three independent laboratories across India.

But Maggi is still not available in Gujarat markets, as the company is following court order to get its samples tested from three approved laboratories. The state government had in the first week of June banned Maggi sale in the state after the product failed the food safety test. The government had also asked the company to withdraw all its stock of Maggi from the state.

At that time, the government claimed that all 27 samples collected from different parts of the state had failed the tests, as lead content was found above the prescribed limit in 14 samples while monosodium glutamate, which should not be there at all, was found in all the samples.

Advertisement
Nestle India had on Friday said that all samples of Maggi have cleared tests conducted by three laboratories, as mandated by Bombay High Court, paving the way for the instant noodles brand to be back in the market after it was banned over the presence of excess lead. The company said it will now commence manufacturing and will sell “only after the newly manufactured products are also cleared by the designated three laboratories”.

Image credit: Thomson reuters
NewsletterSIMPLY PUT - where we join the dots to inform and inspire you. Sign up for a weekly brief collating many news items into one untangled thought delivered straight to your mailbox.
CAPTCHA: