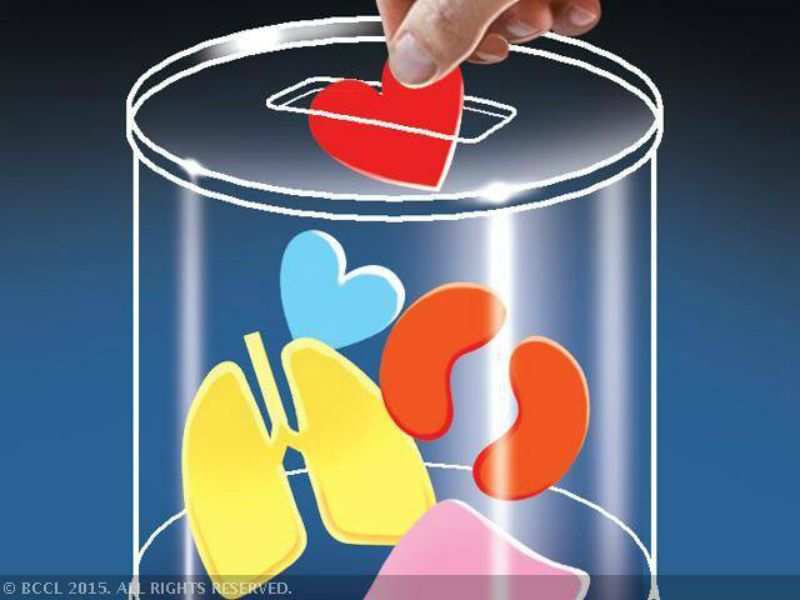 In a country with 1.25 billion population, health care can be a complicated concept. With policies and laws around health care and supportive system warped in time, India has turned into one of the lowest organ donating countries in the world to have woken up to the concept. This problem has two sides to it. Statistics show that less than one in a million donate their organs, or pledge their organs for donation.
Top DealsView all Offers
Fashion
Furniture
PC & Laptops
Grocery
Large Appliances
TV
Amazon Devices

Firstly, it would be around the practices and beliefs surrounding the death of a person. Second and most important one is creating the infrastructure that aids organ donation. First issue is something that is rooted in the Indian psyche. Second one, though can be helped in a short span of time if systems are speeded up, needs some focused work on part of the government to take the cause of further.

After all, this is a country where 200,000 people need a new kidney every year. And 100,000 need a new liver. But then, only 2% to 3% of the total demand comes close to even being met. There is also a huge paperwork and red tapism involved in the process. As if this is not enough, there is hardly any awareness among people about organ donation. As a result, when a person is declared , it becomes the prerogative of the family members to ensure organ are donated or preserved, based on the infrastructure of the hospital. This is centered around the urban areas, and rural pockets still suffer both ways – as donors and as receiver as well.

Advertisement
It so happened that the country lost one of its prominent politicians to a liver related complication since he did not get his match on time. Former CM of Maharashtra lost his battle against liver problem, since he did not receive help in time, in the form of a donor.

Finding a donor is the most difficult thing in India, owing to bureaucratic hurdles and lack of awareness. Under the law, it is easy for the close relatives to donate an organ, or a part of it to their family member. Though there has been a preliminary draft pertaining to organ donation under discussion, the pace at which it is moving has created anxiety among the health care workers since this could mean if the draft needs a revision or an amendment, it could take another lifetime to bring it by.

Surrogacy has quickly caught up in India more than organ donation because of financial benefits and not too many bureaucratic hurdles in place for such agreements to be made between two parties. However, when it comes to organ donation, the hurdles are not only too many, but also make the waiting a drudgery owing to the life-threatening condition of people who await an organ replacement. The scenario is the same across private and government hospitals, with no difference whatsoever.

Advertisement
Because, according to the existing rules, if the potential donor is not related to the receiver, the donation has to be okayed by a state level committee that includes government officials and doctors from the hospital.
There have been a lot of efforts underway to change the reality, in order to aid better organ donation and create better awareness about the process.

Some cities such as Mumbai, Bengaluru and Chandigarh are experimenting with doubling up driving licenses as organ donation cards as well. But, this plan is pretty much at a nascent stage.

In the given scenario, Chennai in Tamil Nadu is surging ahead in organ donation while conducting great awareness drives for organ donation and better infrastructure for harvesting organs from a donor to the recipient.
Advertisement

Another aspect that is making organ donation a tough thing in India is the illegal trade of organs which has been happening since long. Intermittently, some quaint little town in north or south India jolts the country with a flourishing racket of organ trade with international agencies being involved. This is posing a huge risk to modification of laws pertaining to organ donation being involved since the stringent laws came into being in early 90s after one such racket gave a strong jolt to the nation that hadn’t even woken up to the concept yet. The infamous ‘kidney’ racket had everyone running for cover as the skeletons started tumbling from the closet of the government as well, apart from well known surgeons.

However, this is the least of all deterrents for the organ donation laws to undergo a better change since the country itself is in need of organs harvested from brain dead patients. While the private hospitals in urban areas are better off, the hospitals in rural areas and government hospitals in most urban areas lack the infrastructure to meet the need. This needs to be addressed sooner than later.