Has Aamir Khan Overdone Himself In Dhoom 3? 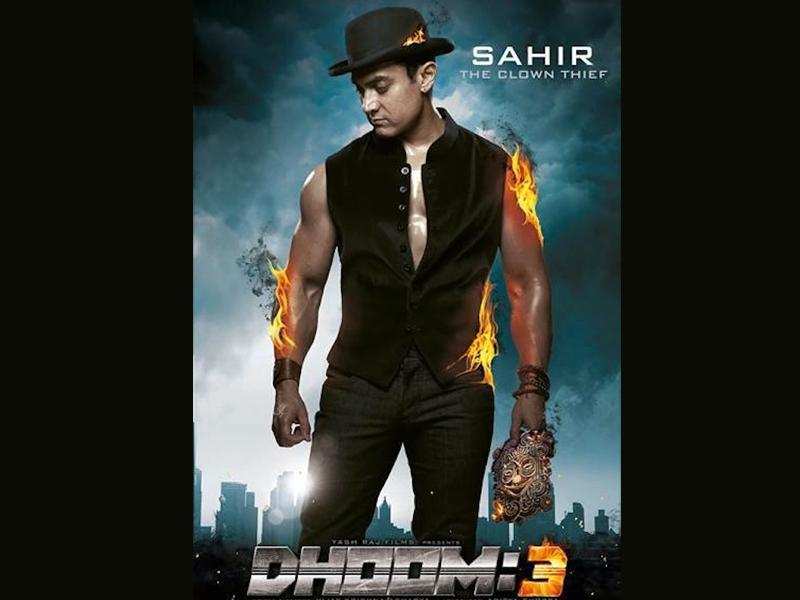 Advertisement
Reports suggest that the much-awaited instalment of the Series, , will be released on December 20, 2013. It has been touted as one of the most anticipated releases of the year, made with a whopping budget of Rs 150 crore. Before we get to the perfectionist Khan, let us look at the Dhoom Franchise. The first movie titled Dhoom was released way back in 2004 and was directed by Sanjay Gadhvi. As per Hungama, the movie did a business of Rs 15,93,49,638 (total gross business) and was considered a hit.

In 2006, the banner came out with the sequel of the movie, starring as the antagonist. This movie did a phenomenal business at the box office and raked in Rs 40,30,53,277 (total gross business).

Dhoom is perhaps the only movie series in India where the villain plays a far more significant role. He personifies style, is shamelessly wicked and yet manages to create a place in the hearts of the audience. Hrithik Roshan and both have great looks and chiselled bodies, and people were awestruck to see them perform the kind of stunts that they pulled off in these movies.

Now that Aamir is planning to step in their shoes, it is expected that he will take things even a step further and this is where the problem lies. All through the promos, we see Aamir trying out great bike stunts and even trying to do trapezes. Although Aamir has tried hard to build his body, learn acrobatics and has gone through a rigorous tap dance training as well, he does not essentially have the physique to carry out these things. The character of a villain that a Dhoom series demands does not suit Aamir’s physique and we are not just talking about his age or the six-pack abs here – we are referring to the full package.

It is too early to comment about his hanging-on-the-ropes kind of stunts, but his tap dancing (in the promos) does look a bit forced! Nevertheless, we do salute the kind of effort that the Khan boy has put into learning all these skills.
Advertisement

Also belongs to a generation of actors where either the male are larger than life or chocolaty lover boys. Aamir, with his innocent looks, started his career as a chocolate lover boy and was well accepted in movies like Qayamat Se Qayamat Tak. He has also played the tough guy in movies like Sarforsh and more recently in Ghulam and , but in all of these, he has always been the good guy.

So the major issue that Aamir will face is to break away from that stereotype and try to get into the shoes of the ‘mean guy.’ While he has to be the one that is causing all the trouble for Jai (the tough cop played by ) and Ali (played by ), he must be appealing in his new avatar to win over the audience.

Apart from the Dhoom series, we have also seen bring in similar shades in his modern avatar of Don and later in . At this stage, we are not convinced that Aamir will be able to bring that kind of touch to Dhoom 3.

Moving over to the business part, Dhoom 3 must make at least Rs 300 crore at the box office to make a mark for itself. After all, the production cost of the movie is very high and it is releasing during the winter break when no other big releases are lined up.

In recent times, we have seen Krrish 3 manage to bring that kind of magic at the box office.
Advertisement

The TV rights of the movie have been reportedly sold for a whopping Rs 75 crore and a lot of cinema halls have hiked the ticked prices for this movie.

At a time when most movies are promoted heavily by the stars who riotuously visit the shopping malls and appear at various reality shows, Aamir has consciously stayed away from the conventional route. We will have to wait for a few more days to find out whether Aamir’s idea to stay away from direct interaction with the crowd and TV shows have paid off or not. However, from the leaked storyline and the current promos, we feel that Dhoom 3 does not have much to offer and it will only boil down to the last-minute chase.