Here’s everything India is searching about Rio Olympics 2016, according to Google 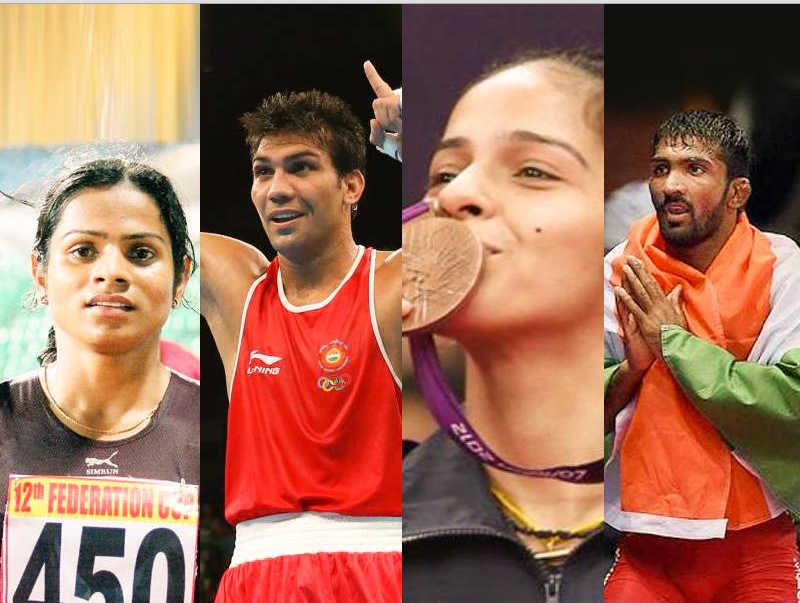 
The Rio Olympics are currently underway and India for the first time has sent its largest ever contingent of 119 athletes.

Granted none of our athletes have yet managed to bring home a medal, but they have given brilliant performances no less.

From Abhinav Bindra missing the bronze by a whisker, Lalita Babar finishing 10th in the steeplechase final- which by the way, is India’s best performance till date in athletics to Dipa Karmakar risking her life and attempting the much feared ‘Produnova’ and winning accolades all over for her close finish- these athletes have given it their all. They’ve fought against all odds, put up with poor facilities in the hope of representing their country and showcasing their talent to the world.

Indians, on their part have been repaid the hard work and determination of our athletes by supporting them wholeheartedly.
Advertisement

Naturally, curiosity is at an all-time high and thus Business Insider decided to find out exactly what Indians are searching about Rio Olympics on Google.

Are they reading up on Michael Phelps or the Indian women Hockey team? Are they marvelling at Usain Bolt’s speed or applauding for landing on their feet?

Here is what India is googling about the Rio Olympics.

According to Google Trends, India’s love affair with continues with it being the ‘most searched Olympic sport’ from India during this period. In contrast, Basketball is the most searched sport in United States, Brazil, Canada, Russia and China.

Additionally, these are the top 5 things Indians have wanted to know since the opening ceremony of .
Advertisement 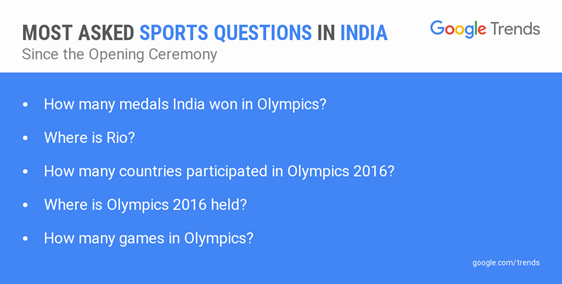 Next Story5 Tips to be monsoon ready
Advertisement
Popular on BI
Latest Stories
View All Latest
Trending News
Buying Guides
Advertisement
5 Tips to be monsoon ready
From August 12 to 21, you can have a three course meal at 15 of Delhi’s best restaurants for Rs 600
Here's how to make the national cocktail of Brazil - the caipirinha
Popular Categories
Trending Right Now