Here’s what the bankruptcy bill all about 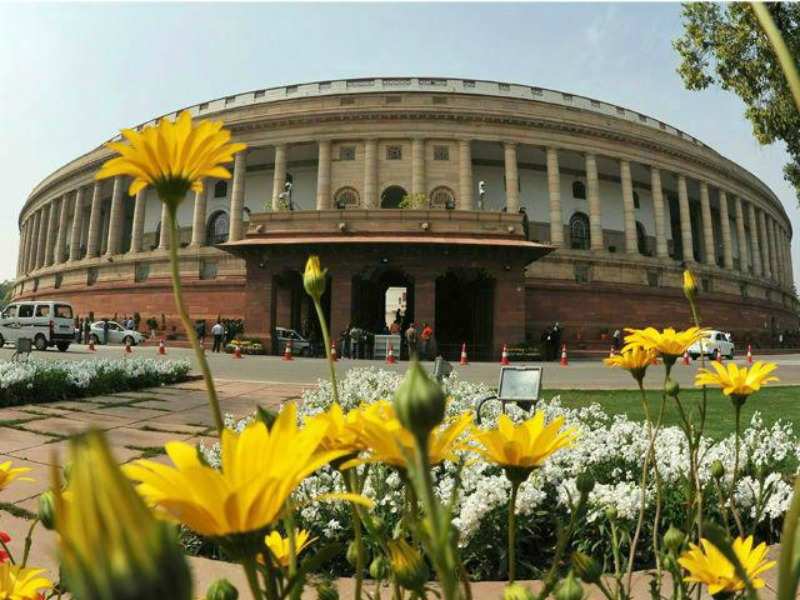 The Insolvency and 2015, tabled in the parliament last week, assumes importance as one of the most important items on the government’s agenda after the constitutional amendment bill to roll out the Goods and Services Tax.
Advertisement

As the logjam in the Parliament in the last two sessions for different reasons, including opposition’s demand for resignation of External Affairs Minister Sushma Swaraj, Congress over dragging Sonia Gandhi and Rahul Gandhi to court in the National Herald case, hurt the government’s plan to roll out by April 2016, the government hopes to save face by pushing the bankruptcy law.

For starters, the bankruptcy law is aimed at unifying and overhauling rules governing the liquidation or revival of ailing firms into a single code. The bankruptcy code will make it easier for companies to wind up failed businesses and bring India on a par with developed nations in terms of resolving bankruptcy issues.

Currently, the country has no comprehensive law to deal with bankruptcy and insolvency, ranking the country lower than most nations in this respect.

Advertisement
Despite being the world’s fastest-growing major , the country takes 4.3 years to resolve insolvency issues while Nepal does it in less than half the time. The bankruptcy code is expected to bring the time down to less than a year.

A single comprehensive law will also place India on a level-playing field along with developed countries. For example, the US has a bankruptcy code that comprises a few procedures offering quicker liquidation or reorganisation of businesses, including Chapter 7 that enables cases to be filed in bankruptcy courts, Chapter 11, which deals with reorganisation of businesses and Chapter 15 that addresses cross-border insolvencies.
In the UK, 12 months after bankruptcy cases being filed assets are used to pay off debts or court-appointed administrators help firms turn around. In Germany, independent court-appointed insolvency practitioners help firms realise assets or reorganise the business.

As the Narendra Modi-led government is looking at enhancing the investment and credit mechanism through reforms, the code is also expected to simplify the whole issue of doing business in the country.

As the government pushes to get the bankruptcy law passed at the earliest, one may wonder why after all the country needs such an initiative. For one, when a business winds up, it hurts employees, shareholders, lenders and the broader economy.

Expediting the process of winding up of the business can help reduce the negative effect of such as eventuality. In Indian, the winding up process—including assessing viability of the business, changing the management and selling off assets—is usually a long affair. Especially bankruptcy and winding down-related litigations carry on for several years, proving to be a drag on jobs, income generation and broader economic growth.
Advertisement

In fact, there are some related laws— Sick Industrial Companies Act or SICA and mechanisms such as Corporate Debt Restructuring or CDR, to address the issue of insolvency of firms. But these mechanisms have been ineffective due to improper implementation, enforcement and court delays.

A unified law with a focus on speedy closure will enable ailing companies to be either restructured or sold off with limited hassles. In many cases, assets can be better utilised and the firms can be restructured. Lenders and banks would be able to lend recovered money again, leading to better allocation of resources, which will have a ripple effect on the market and economy. A better insolvency ambience will also ensure enhanced availability of credit or funds for businesses by freeing up capital which in turn provides a leg-up to productivity.

Earlier, a panel headed by former law secretary T K Viswanathan has suggested a 180-day timeline to deal with applications for resolving cases of insolvency or bankruptcy. During this period, the management of troubled companies is recommended to be helped by resolution professionals who in turn will be supervised by a proposed regulator.

Also, the Financial Sector Legislative Reforms Commission has recommended the creation of a resolution corporation to monitor financial firms and to either change management to protect investors or depositors or close them altogether. This is aimed at preventing failure of large banks or financial institutions.
Advertisement

The proposed bankruptcy law is now sent for review after the government gave in to a demand by opposition members for a scrutiny by a parliamentary panel. The panel has been asked to submit its suggestions before the parliament begins its next session in February.

As passage of key bills, including bankruptcy code, will be crucial to take the government’s reforms agenda ahead, one hopes lawmakers will learn to behave responsibly, regain a sense of sanity and resist from resorting to reckless disruptive tactics that spoils crucial law making process that leads to huge losses to the exchequer besides stalling much-needed reforms.

Next StoryCourt rejects Rajat Gupta’s appeal, yet again
Advertisement
Popular on BI
Latest Stories
View All Latest
Trending News
Buying Guides
Advertisement
Court rejects Rajat Gupta’s appeal, yet again
It looks like the Texas 'affluenza' teen dyed his hair black when he fled to Mexico
Police thought an 18-year-old girl 'made up' being raped at knifepoint - the guy who did it is now spending 327 years in prison for 27 other rapes
Popular Categories
Trending Right Now