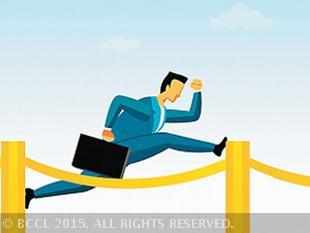 activity in India has recorded a 26 per cent growth over the corresponding period last year with IT-Software and ITES industries recorded the maximum increase, as per the Naukri Job Speak Index for October 2015.

Delhi-NCR continued to record the maximum Y-o-Y increase in hiring activity among the metros for second month in a row. It was followed by Mumbai, Hyderabad and Pune.

"The job market continues to sustain the momentum gained over the past few quarters and is moving further north with a 26 per cent YOY growth over last year October and November base. As predicted earlier this growth is driven not just by sectors viz IT/ITES/BFSI but an overall growth in all sectors. Looks like this trend will continue & the festive season is likely to bring cheer to jobseekers across sectors," said V. Suresh, Chief Sales Officer, in a release.

Advertisement
(Image credit: BCCL)
NewsletterSIMPLY PUT - where we join the dots to inform and inspire you. Sign up for a weekly brief collating many news items into one untangled thought delivered straight to your mailbox.
CAPTCHA: