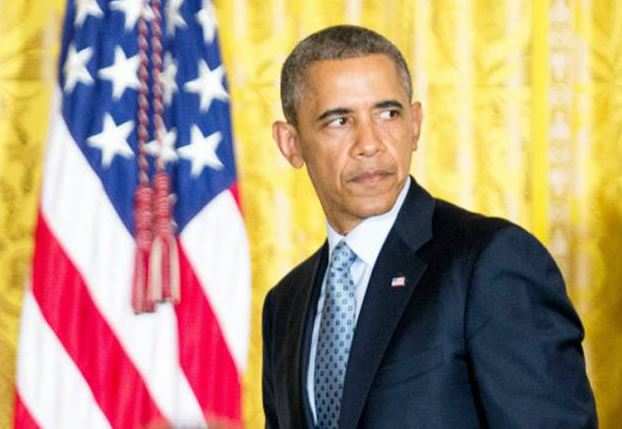 Celebrating the day of Indian constitution was hardly this colourful in the recent past. The high-profile visit of American President who is due to visit India soon is being interpreted in many different ways. While one thing stands sure that this isn’t the best of rabbits out of Modi’s hat yet, with many more to come during his next few years as Prime Minister of India. What does it mean, though, for Obama?

The American president has less than two years left in his office. But, that’s not the whole point here. The visit would be crucial for both countries which are on the threshold of mega changes in their socio-economic scenario. They are creating an atmosphere of bonhomie during times when both leaders need a bigger stage to set up their best performance yet.
TOP VIDEOS FOR YOU

While this makes Obama the lone American President who visited India twice during his term in office, it also marks a huge change in trajectory for Prime Minister Modi – from being a persona non-grata to someone who could pull all those strings that matter now.

Advertisement
With most third world countries stuttering, the world is certainly looking at choices to invest some good faith in, other than China. As much as Silicon Valley is thrilled at the prospects of Indo-American relationship getting stronger; the ecommerce giants in India who are making huge strides are equally excited.

Politically it makes sense for both India and America to break some taboos and show off the fresh burst of energy and momentum that both countries are brimming with, in company of each other.

MSME EXCHANGE 2021Join us in amplifying the voice of over 60 million MSMEs in IndiaJune 28 - 29, 05:00 PM onwards
Register
Obama’s trip to India will be loaded heavy with symbolism. Metaphors will be the decorative of the season. Since Obama would still be around in office for a significant amount of time after he returns from his India visit, this would also mean much stronger relationship that would thrive between India and America.

Advertisement
It’s becoming more and more evident that China wants to move from the image of ‘manufacturing backyard of the world’ to something better. The nation wants to wield better negotiating powers when in dialogue with America. Both China and America would want India on their side when the situation arises. Obviously enough, Modi has known this all along and would rather go with the stronger ally little distance away than a weaker neighbour who may turn out to be a bit of a challenge for the future.

Given that China has been rampaging in the South China Sea and East China Sea building stronger defense systems, US will certainly need allies who are closer to China geographically. India, Australia and perhaps Vietnam too serve the purpose. Hence, the invitation by Modi would have looked like a wonderful opportunity for both countries to create some fidgety moments for nations in question.

In the recent developments where India reacted rather strongly post-Devyani Khobragade episode calling the diplomatic machinery to respond in a manner that was never seen before, India seems to have understood the significance of mending those broken ends. For America, stronger relationship with India would mean India would be its ally in clear terms even after Vladimir Putin’s visit.

Advertisement
Among the few things that would worry India before Obama comes visiting are not issues of political importance. They would be the tip off by foreign intelligence agencies that Islamist separatist groups may probably strike India during Obama visit. Now, piecing together this coded information is something that Indian intelligence agencies will have to take up without losing time, especially in the wake of that ghastly incident of attack killing 141 people in , with majority of them being children.

Next StoryThe White House Is Lowering Expectations For Obamacare
Advertisement
Popular on BI
1
One Amazon warehouse destroys 130,000 items per week, including MacBooks, COVID-19 masks, and TVs, some of them new and unused, a report says
2
Portugal’s central bank clears two crypto exchanges for operations
3
More than 56,000 people have signed petitions to stop Jeff Bezos from returning to Earth after his trip to space next month
Latest Stories
Trending News
Buying Guides
Advertisement
Advertisement
The White House Is Lowering Expectations For Obamacare
The US Just Resupplied Kurdish Forces Fighting ISIS In Kobani
Why The Relationship Between The US And Turkey Will Only Get Worse, In 2 Sentences
Popular Categories
Trending Right Now