How China's scavenger satellites are being used to develop AI weapons, drones and robots

SCMP
Apr 23, 2019, 11:30 IST
Advertisement
Technology from 's decade-old scavenger satellite programme has been used in the development of new weapon systems powered by , according to a recently declassified document and scientists involved in the programme.

The small satellites, including some lighter than 10kg, can grab onto uncooperative targets such as dead spacecraft tumbling in near-Earth orbit.

A triple-eye sensor allows them to gauge the target's shape, relative speed and random rotation, with a single-axis robotic arm latching onto the target when it closes to within 20cm.

Advertisement
The scavenger satellite then fires up thrusters and steers the junk so that it can burn up while plunging through the atmosphere.

In military scenarios they could remain attached to debris to avoid being tracked from the ground.

China has launched at least 10 experimental scavenger satellites over the past decade, but it is not the only country developing the technology. The European Space Agency has launched at least two satellites to learn how to catch a piece of junk in orbit using various methods, such as casting a net. And the American military has reportedly been developing technology using drifting debris as a tactical hideout for smaller satellites in .

The programme was partially declassified recently, but Luo said most details remained secret because of the technology's potential military applications.

"We prefer not to talk about it publicly," he said.

Advertisement
China's first space laboratory, Tiangong-1, spun out of control last year, triggering concerns about where it might land. It eventually burned up safely over the southern Pacific Ocean, a traditional spacecraft graveyard.

Luo said easing such craft out of orbit could be one possible use of scavenger satellite technology in the future, but the programme was still at an experimental stage and there had been no large-scale deployment.

According to a document declassified by the Chinese government in January, China has been testing scavenger satellite technology since 2008.

Advertisement
"The project has not only found applications in more than 10 satellite models ... but also drones, smart weapons and robots," the document said, without elaborating. 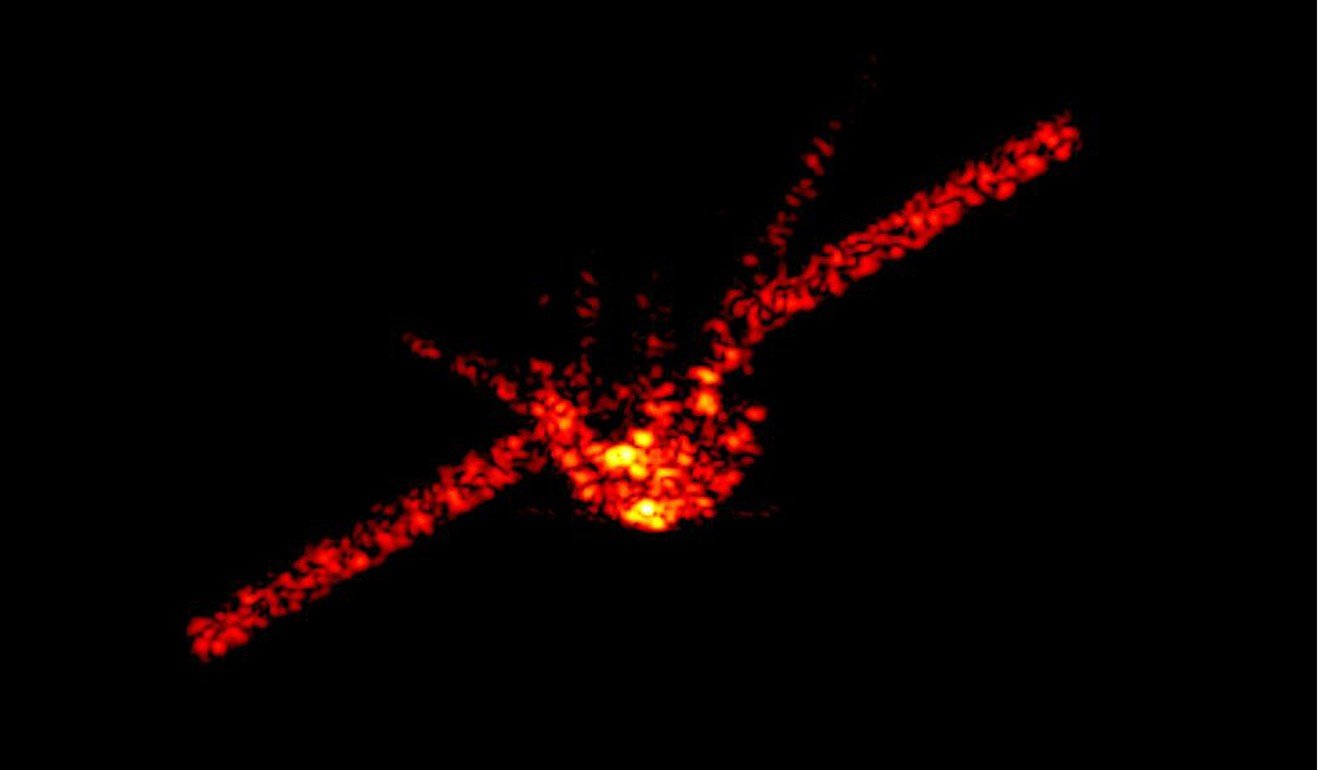 Chen Songlin, a spacecraft engineering scientist at the Harbin Institute of Technology in Heilongjiang province who was not involved in the programme, said hooking space junk was something that appeared easy but posed many challenges.

Advertisement
If the target was large, its rotating momentum could break the satellite's arm, Chen said, adding that was probably why it only had one joint - sacrificing freedom of movement for strength.

Catching a piece of junk rotating randomly would be more challenging than latching onto a still-functioning satellite, he said.

"It requires some very good algorithms and delicate hardware to predict and decide where to grab," Chen said.

Advertisement
At present, China's scavenger satellites can only bind to debris rotating no faster than 3.2 degrees a second, according to the document.

The programme was led by Liu Fucheng, director of the Shanghai Aerospace Control Technology Institute, a subsidiary of the China Aerospace Science and Technology Corporation responsible for developing guidance, navigation and control systems for tactical weapons, rockets and satellites.

In a paper published in a Chinese research journal in 2015, Liu and colleagues proposed using a small satellite to approach a large communication or spy satellite in high geostationary orbit, snap some photos and then retreat immediately to avoid being caught.

Advertisement
However, a senior astronomer at the Chinese Academy of Sciences' Yunnan observatory in Kunming - one of the major ground facilities tracking and cataloguing satellites and debris orbiting the Earth for China's military and intelligence services - said unusual manoeuvres by small man-made satellites could be detected by a network of sensitive microwave radars and optical telescopes.

"The sunlight reflected by the target alone can give us lots of information," said the researcher, who asked not to be named due to the sensitivity of the technology.

Almost every rocket launch was monitored by other countries and satellites entering orbit were carefully logged.

Advertisement
"But the system is not perfect," the researcher said. "If a few dozen cube satellites are launched at once, some of them may fall out of radar. If they bind with debris, they may never be found."