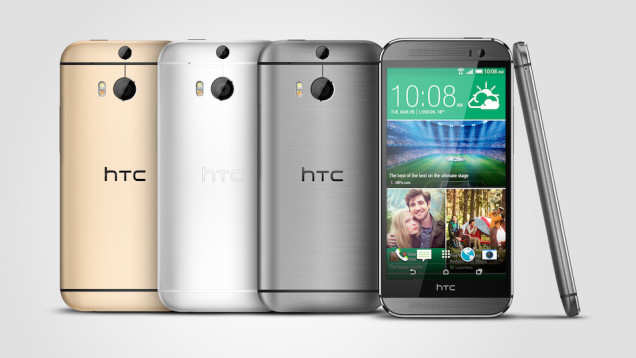 In the month of March, had showcased its new flagship smartphone – HTC One (M8). Now this smartphone is available in India for Rs. 49,990 (Market Operating Price) from May 7, 2014.

HTC has joined in on the ever-creeping size of phones, with a new five-inch 1080p screen, a slight jump from last year's 4.7-inch device. The last year’s HTC One had won many hearts with its design and this one too manages to do the same.

The HTC One (M8) has an impressively sleek metal unibody backing, with an edge-to-edge screen. It is available in three colors: Metal Grey, Gold, and Silver.

The most notable feature of the HTC One (M8) is its camera. The device packs in what the company dubs as the HTC Duo camera.

Advertisement
Read Also: Inside the New HTC One Duo Camera: An Whole New Way to Shoot

On the specifications front, HTC One (M8) has a Snapdragon 801 quad-core CPU, 16GB or 32GB flavors, 2GB of RAM, and a microSD slot that supports cards of up to 128GB capacity. The HTC One (M8) also has NFC support, Bluetooth 4.0, is DLNA-compatible, and has support for infrared remotes.

The smartphone runs on Android 4.4 (KitKat) along with a layer of Sense 6.0 UI.

Advertisement
HTC is known for launching its smartphones at unrealistic prices; we are pleasantly surprised to see that the company has managed to ditch its tradition for the HTC One (M8).