If expensive data plans kept you away from mobile Internet, then this Datawind phone worth Rs 1,999 is for you 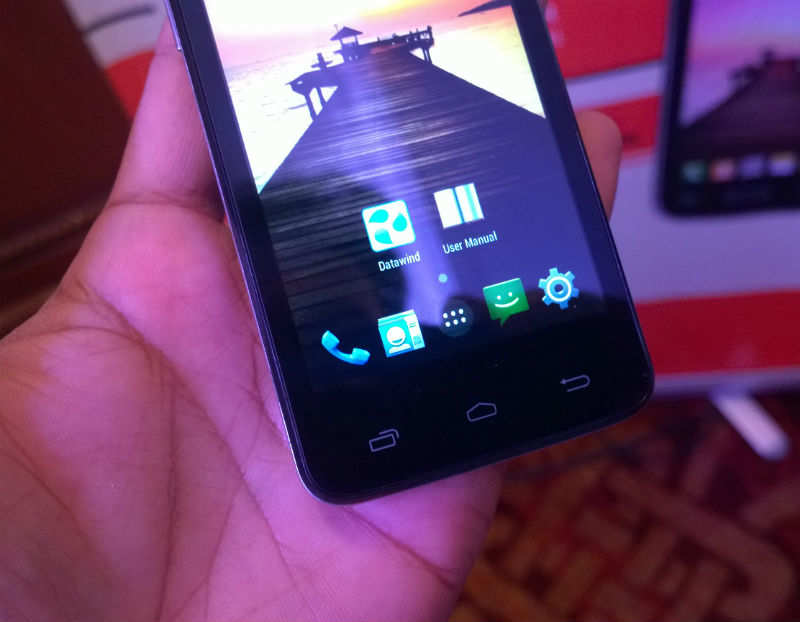 Affordability has truly become the motto of every sphere industry in India and off late things are just getting started. With net neutrality and free Internet being talked up, in the end, users will benefit from changing dynamics of Internet sphere. Besides, the consumers will also get the right kind of products which augurs well for the growth of the sector. ‘Digital India’ and ‘Make in India’ are some of the initiatives that get attached in this respect and major interest from brands across the globe have been registered.

While Lenovo has the cheapest 4G phone in the country for shade above $100, others are merely looking to consolidate the position of 2G/3G ecosystem for the time being. And you can count on Datawind to be part of the 'others' in this aspect.
Advertisement

The makers of cheap yet controversial Aakash (Ubislate) tablets are now ready to enthrall consumers with affordable phones equipped with free Internet support. Teaming up with Reliance, Datawind has announced slew of PocketSurfer 2G and 3G phones starting from Rs 1,999. The phones are nowhere close to competition in terms of hardware, so we won't be talking about them in detail. Let's just say, these phones are entry-level, made for lower-rung cities who might get captivated by the prospect of free Internet.

Free Internet with catch
Datawind is relying on Reliance to provide the arms to its dream of 'free Internet' that assembles as part of ‘Digital India’ mission. The internet.org was also inducted into the market with the same telecom operator. Suneet Singh Tuli, president and CEO for DataWind, has confirmed that talks with other telcos have also taken place; those other telcos are nowhere to be seen in the scheme of free things.

Advertisement
Under the one-year free Internet plan, Datawind will be paying up for all data consumption made during this period. But what happens when the one year of your quota is over? Well, we are yet to find an answer to that.

Two-thronged sellers
Datawind might have played the smart game by going for dual-approach for selling its PocketSurfer smartphones. Not only are they counting on the online shopping boom in the country by teaming up with Naaptol, but there’s the traditional seller element to their strategy which has borne out of their decision to partner with likes of Spice Hotspot and other notable offline sellers. Datawind has primarily made its numbers by selling in the other cities of India, which is why their means of selling the phone, both online as well offline, could deliver good results.

‘Making in India’ on the agenda
Advertisement
In addition to the announcement of the free-Internet project, Tuli managed to get everyone’s attention by stating the prospect of setting up its production unit in the country over the next 90 days. “We hope to generate 1,000 new direct & indirect jobs in India within the next year as we work with electronics manufacturing services companies in India,” Tuli said at the launch event. The plight of Internet penetration in the country is a well-documented subject by now, but it’s fascinating to see the methodology of brands like Datawind to promote their products merely by advocating for the government projects that are yet to gather steam.

It’s a noble initiative on Datawind and Reliance’s part but turning dreams into reality takes more than just promise and that’s where both the brands will have their hands-full over the course of the year. They just have to make sure it doesn’t end up being another ‘Aakash’ saga.

Next StoryThese Top 30 Android apps will make you more productive
Popular on BI
1
CAG is hiring more than 10,000 accountants and auditors around the country
2
GameStop short-sellers have lost $5 billion this year as Reddit's day-trader army squeezed their bearish bets
3
Reddit's r/WallStreetBets appeared to be down briefly on Wednesday morning after the forum sparked a spectacular GameStop rally
Latest Stories
Trending News
Buying Guides
These Top 30 Android apps will make you more productive
Microsoft might be teaming up with one of Apple's biggest smartphone rivals in China
The World Mobile Congress is having a domino effect on India
Popular Categories
Trending Right Now
More from our Partners