If you want a funding for your start up, visit Ramgarh in Uttarakhand! No, we’re not kidding 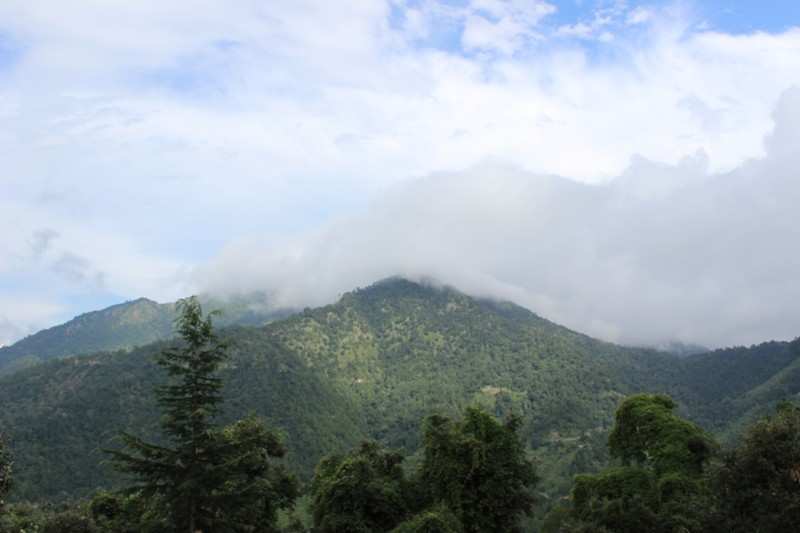 Ever imagined you can manage funding for your start up while trekking up the Himalayas or fishing in a mountain-river? Well, it seems to be a reality now. A quaint hillstation in Uttarakhand, Ramgarh, best known for Tagore’s stint while writing his famous Gitanjali, has suddenly evoked interest among angel investors.

In an aim to establish a base, a dozen of high-profile angel investors are gradually setting up a base at Ramgarh. Being off beat, this place is a bliss of solitude, where leisure tourists from all over the country frequent to watch birds and admire the snow-capped peaks of the Himalayas.
Pramod Bhasin, Raman Roy and Saurabh Srivastava, who are among the pioneers of business process outsourcing and IT industry in the country, have come together with some like-minded IT stalwarts including Sanjeev Bikhchandani of Info Edge, Ashish Dhawan, cofounder of ChrysCapital and Ashoka University; and, Pune Bhatia, country head at TPG Capital India, to develop a private estate spread over 10 acres in the Kumaon hill town.

Advertisement
Since most of them are active angel investors based in Delhi with a sizeable clutch of companies under their belt, some now want to make Ramgarh an adda for startups as it offers a relaxed environment to check out the tens of investment pitches they get every day.
"Since we have started to go there more regularly, we could spend some time with these companies and afford to have long chats about their propositions - a rarity in Delhi," said Srivastava, who helped start tech firms like IIS Infotech, which was renamed Xansa and later acquired by Steria.

Srivastava, who has invested in about 55 companies including Stayzilla and Dhruva, is also organising investor meets or startup investment sessions in Ramgarh apart from cultural events such as Sufi music festivals. The estate, which has just over a dozen or so cottages, is private, exclusive and structured in a manner that no one can sell out without the permission of the others.

Spotted initially by Srivastava, Mohit Goyal, cofounder of Indian Angel Network, and conservation and landscape architect Sujata Kohli, the land on a hillock was purchased seven years ago under a cooperative and it took almost five years to build. Kohli landscaped the entire hillock where there are no boundary walls between homes and all cottages have the same architecture. "We didn't want any Spanish or Greek villas therefore we have used local material so that the place merges with the surroundings," said Kohli who is now working on a water harvesting unit for the area to make it self-sufficient and is also an investor in the project.
Advertisement

Vikas Srivastava, a partner with Luthra & Luthra law firm and a member of the group, said there is camaraderie within the group and they are taking every step to ensure that only likeminded people are there.

"We are all part of the same ecosystem with aligned interests; mostly everyone is from the tech background and...entrepreneurship," said Bhasin. Their interest in malts, whisky and food act as catalyst in promoting start ups and enjoying the leisure.

Also Read: A look at the picturesque locations of Ramgarh, which is emerging as a wannabe startup destination