#IndependenceDaySpl: Making India Competitive in the Travel and Tourism Sector 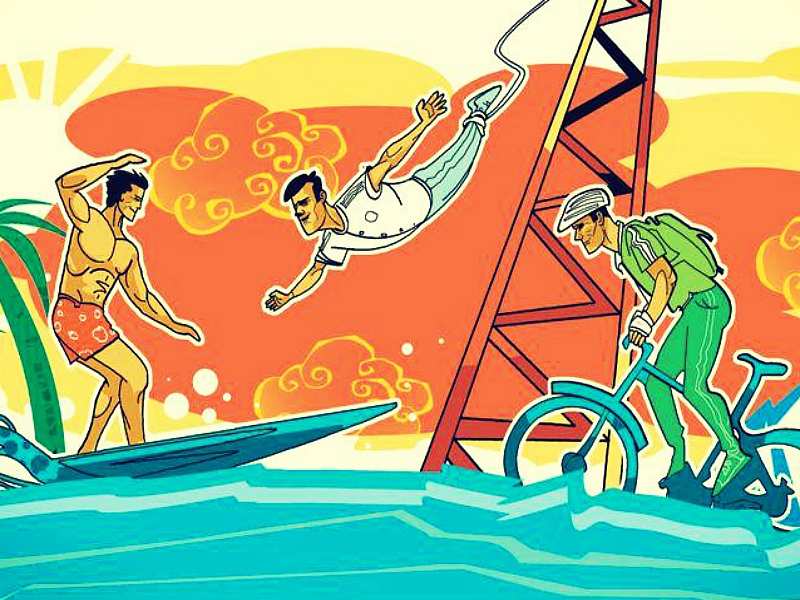 Increasingly the world is becoming more and more interconnected. Cross-border capital flows as well as people flows have become quite common. It is in light of these developments that the 's latest biennial iteration of the Travel & Tourism Competitiveness Report becomes relevant. The 2015 report brings to the fore some very crucial issues. These include:
Top DealsView all Offers
Smartphones
Fashion
Luggage
Laptops
Large Appliances
Televisions
Beauty
Amazon Devices

First, the importance of sector in the world economy. Last year according to the (UNWTO) international tourist arrivals reached a record 1.14 billion. Similarly, the contribution of the sector to the global GDP is estimated to be 7 trillion U.S. dollars that are roughly 9.5 percent of the world economy by the World Travel & Tourism Council (WTTC). Also, the sector provides employment estimated to be 266 million people that simply put means one in every eleven people in the world is employed in the travel and tourism sector. This number is expected to rise to one in ten people till 2022. These statistics make it amply clear as to how important the sector is in the world economy.

Second, with respect to measurement of the travel and tourism landscape of the economies considered for the study this year’s report seems to be more robust. The report assesses the 141 economies considered for the study on the four pillars of enabling environment, T&T policy and Enabling Conditions, Infrastructure and Natural and Cultural Resources. These are again subdivided into 14 pillars that have quantitative as well as qualitative data. The methodology is updated this year and includes 90 indicators instead of 79 that were used in the previous edition of the report. Some indicators are also omitted from the report and replaced by other indicators.

Advertisement
Third, European economies continue to be the frontrunners in the T&T space. Spain tops the rankings this year because of a variety of factors including the fact that it was the third most visited country. It is followed by France with the most number of visitors pegged at 84 million people. Apart from the European countries other countries in the top 10 include the U.S. (Ranked 4), Australia (Ranked 7), Japan (Ranked 9) and Canada (Ranked 10). The bottom 10 countries are mostly dominated by African nations with the exception of Yemen (Ranked 138) and Myanmar (Ranked 134).

Finally, India's has surprisingly seen a marked improvement in the index rankings. The report this year has ranked India at 53 up from 65 in 2013. The ranking of India in the index has been hovering in the 60's since 2007. Either the change could be because of real improvements in performance or either due to methodological changes. India performs well on the natural and cultural resources pillar but much remains to be done on the infrastructure and environmental front. Safety and security is another area that needs to be bettered over time. The report clearly mentions that the changed policy on the 'Visa on arrival' front is not taken into account in the report. Also worth pointing out is India's 7 million foreign arrivals compared to 55 million for China. It is expected to go up in the coming years with Visa on Arrival announcements. India's rank among the BRICS economies is the lowest below Brazil (Ranked 28), Russian Federation (Ranked 45), China (Ranked 17) and South Africa (Ranked 48).

Policymakers, especially in the Union Ministry of Tourism, should look to leverage the insights from the report for gaining competitiveness in the critical sector. Also important is to look for improvements along the pillars where India does poorly. Over the next decade, the focus should be improvements in safety, infrastructure, ease of travel and cleanliness to make India competitive in the travel and tourism space. The states should also do their bit in bettering infrastructure facilities including staying facilities and exploring various avenues for tourism development.