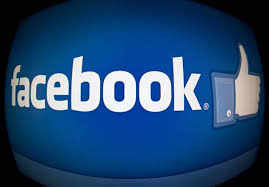 In a surprising twist, made the highest number of content restriction requests- a whopping 15,155- from Faceboook in the first six months of this year, according to the social network's bi-annual Government Requests Report.

The number of requests in January-June 2015 more than tripled from the previous six months, when India made 5,832 requests. It has also been the top requestor for content removal requests from since the past two years.

In the first half of this year, India was followed by Turkey, with 4,496 content removal requests and France with 295.

"We restricted access in India to content reported primarily by law enforcement agencies and the India Computer Emergency Response Team within the Ministry of Communications and Information Technology because it was anti-religious and hate speech that could cause unrest and disharmony within India," said Facebook on Indian Government Reports website.

Advertisement
India also ranked second, after the US, in making user from Facebook this year. While the US made 17,577 requests, India requested data for user data 5,115 times. Facebook complied with 45.32% of the requests made from India.

Next Story5 smartphones to gift this Diwali under 10,000
Advertisement
Popular on BI
Latest Stories
View All Latest
Trending News
Buying Guides
Advertisement
5 smartphones to gift this Diwali under 10,000
Microsoft is under attack in India for its plans to harness ‘white spaces’ for last mile connectivity
How Mobile Platforms are driving a true ‘Digital India’
Popular Categories
Trending Right Now