India Holds Out Both Science And Religion For Dan Brown 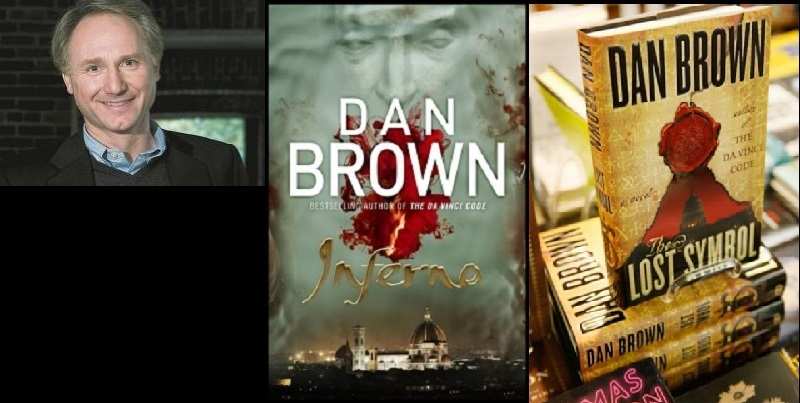 His famous ‘Da Code’ notwithstanding, author ’s works have drawn people from different genres of time and various classes of society. Hence, it is little wonder when the author himself made an appearance at two events in India earlier this month, the audience was spellbound.
Advertisement

As one journalist said, not even Indian megastar of all times, had received such a response from the participants at his event held recently. And, more complementary applauses followed.

Dan Brown’s last India visit was almost when he was a teenager who was stepping out of his teens. By his own admission, Brown was barely 18 when he visited India last and was mesmerised by the coexistence of culture, religion and modernity all under one roof in the country.

Now, when he returned after good three decades and with several titles to his credit, the author was further fascinated by the Indian psyche. He spoke in New Delhi and Mumbai on Nov 10 and 12 respectively, drawing crowds from varied spectrum of his readership.

A brilliant speaker of his times, Dan Brown has always been intrigued by Science and religion. Both, he says, are trying to say the same thing, using different tools.

Advertisement
Whether it is his ‘Angels and demons’ or ‘the lost symbol’ or the ‘inferno’ or the most famous of all his works, ‘The Da Vinci Code’ –all have become a topic of discussion among scientists, scholars and commoners.

Because his stories are not just about employing a technique to keep the reader engaged, they are also fierce debates between the value systems and beliefs of the society – stemming from religion that has had a long history and enjoys unquestionable faith; and science which is open to scrutiny.

Unquestionably one of the most successful writers of his time, which has been proven time and again, Dan Brown received a hero’s welcome when he walked the stage at Siri Fort in Delhi. The most predictable question popped up:would he be penning a story or a novel with India as central theme?

In a rather quintessential ‘Dan Brown style’ of response, he said he ‘possibly’ could consider it. And, no, he was never averse to an idea like that!

The man who had a fair share of a discourse on Noah’s Ark and the Big Bang, later grew up to wonder who Adam and Eve were. Did they ever exist? Things were tough to reconcile for a teenager that he was growing up to be, who often escaped into imaginary reality of both science and religion, instead of ‘normal’ worries such as girls and dating.

Advertisement
During the course of his lecture, he had only one core thing to say. Whether it is science or religion, both focus on only one thing. Creation is better than destruction; and similarly, love is better than hate.

The controversy surrounding his work The Da Vinci Code had surprised him, if not amused him. The backlash made him introspect even further, much to the effect of getting self-deprecating, a trait which the audience came to love thoroughly in him.

The visit, he admitted later, was an eye opener in many ways. He went to visit churches in Delhi, which came across as a very interesting city for him. It was tangible that India held a lot of promises for the future. The country had shown enormous thirst for knowledge and learning through various cultures.

This son of mathematics teacher and a music teacher, Dan Brown had shown his interest in codes right through his childhood days. No wonder, a complex country like India, which has varied degrees of knowledge present through its scriptures, leave him all fascinated and eager.

His new found love on the trip was Indian cuisine. He fell in love with the paneer, while he tasted all kinds of Indian foods he could ever get to tasting during his India visit.

Advertisement
While the world sees the architecture part at the old minars and pillars of historical importance, Dan Brown, very true to his character, saw the passion of geometry in those monuments. The Minars and domes to him indicated the love Indians nursed for this branch of mathematics, which is different from what he saw in, say, Arabic countries.

Indians’ ability to speak English amazed him. So, it was little wonder that the author, whose works have been translated into 52 languages worldwide, was so popular in a land that was pretty far from where he worked.

After all this, did he wish to be , a character he created in The Da Vinci Code? Nope, he wouldn’t want to trade his life for anything. He said: “I wish I could be Langdon. But no! He (Langdon) is braver and more intelligent”.

Now, it is time we asked Langdon if he ever wanted to be Brown. The answer might arrive in a code!