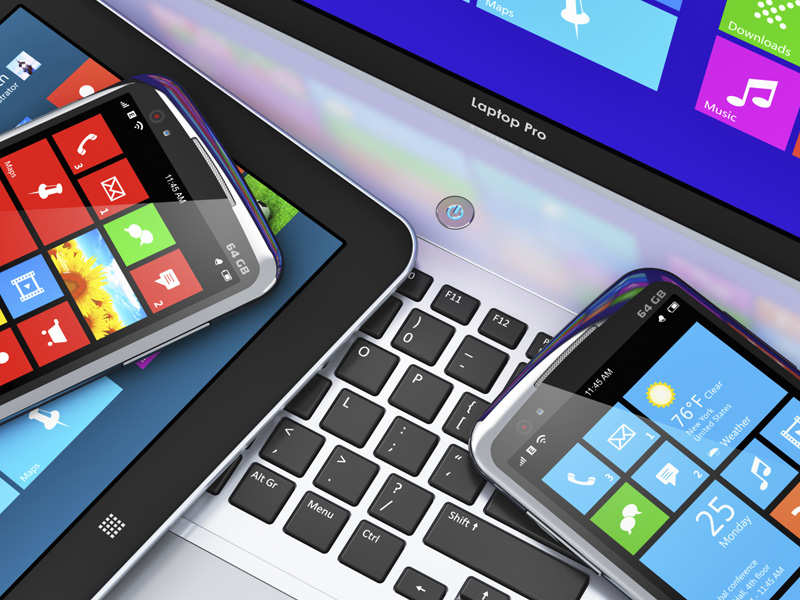 At a time when the world’s tech Press is agog with the news of Satya Nadella’s appointment as only the third of the 39-year-old software behemoth , the coverage at home has also reached the same frantic level, but for a very different reason. It’s the unshakeable need of the populace to celebrate the rise of an NRI to the top job in any company that’s made him a household name in India.

To quote Time, one of the most respected American publications,

His ascension as Microsoft CEO is making headlines in India, where the country’s NRIs (non-resident Indians) are often held up as national heroes. For decades, the successes of pioneering, entrepreneurial Indians abroad were seen in contrast to the poverty, stagnation and political sclerosis of their country of origin.

Advertisement
And speaking of tech companies, there is no name that’s more familiar in India than Microsoft. Microsoft software (pirated or otherwise) cannot be denied the credit of being single-handedly responsible for the rise of the $100 billion-plus IT industry in this country.

That’s true! If you’re in India and reading this article, chances are your system runs on Windows.

Microsoft in school
Schools and colleges in India primarily run on and teach Microsoft operating systems and applications. You remember being taught Paint, Notepad, Word, Excel and PowerPoint in school, don’t you? Youngsters still start their programming career with a DOS-based version of BASIC.
Advertisement

Granted, has made inroads in many places, but only owing to its ‘free’ tag (which is, even now, indistinguishable from ‘open source’) and state/central governments are handing out to student subsidised laptops running on Linux. The majority of private M.C.A. and M.Sc. IT colleges continue to run a Windows-based client-server LAN. Even open source scripting languages covered in the syllabus are largely used from within their Windows-based platforms.

Microsoft at workplace
Windows dominates the Indian workplace, too. It is the de facto choice of India’s biggest ICT and tech service providers. TCS, and other Indian software giants are of Microsoft, and their hundred thousand-plus development people almost always use Windows. In non-tech firms, small or large, workers rarely see any interface other than the Windows.

Advertisement
What’s happening in the US
One of the best indications of where a tech company is going is its market capitalisation. And if you look at the data from the last 7 years, the signs don’t bode well for Microsoft. 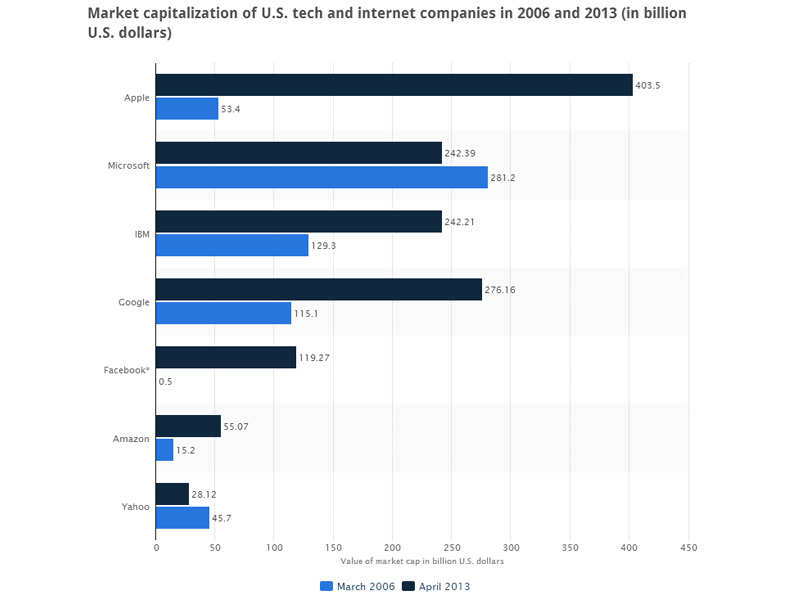 Source: Statista.com
Why is this happening? It’s easy to say that Microsoft has grown into this clumsy, lumbering giant that is out of touch with the people it once targeted so effectively – those who live at homes and work in offices. But the fact is, a company can be a Leviathan and still be nimble (and can be loved or at least, will be tolerable). Think . Think .

Advertisement
No, the real issue lies elsewhere and happens to be multifold.

Microsoft became a force to reckon with in the 90s due to the one benefit it gave its customers — an affordable, easy-to-use system that everyone else was using. Windows and Office were intuitive and mostly did what you expected them to do (barring blue screens and illegal operations).

Going back in time, here’s what Henry Ford once said about the Model T:
“It will be large enough for the family, but small enough for the individual to run and care for. It will be constructed of the best materials, by the best men to be hired, after the simplest designs that modern engineering can devise. But it will be so low in price that no man making a good salary will be unable to own one.”
Advertisement

80 years later, did it with Windows.

Ford couldn’t sustain Model T sales as roads became smoother, consumers started caring about design, and competitors surpassed them at engineering and technology usage. Microsoft has been hit hard in the last decade for reasons which are quite similar.

’ products have made people realise that they love an appealing, integrated system that runs on exquisite apparatus instead of a functional hardware-software contraption. Knowingly or unknowingly, Job directed the focus of a ubiquitous technological part of human life (the phone), helped by rising disposable income, and Google, (?? not clear what Google has done) from utility to design, from software to tool, from value-for-money to perpetual gratification.
Advertisement

Nothing is irreplaceable
Those who were born before the turn of the century will remember this diagram (or a variation with concentric circles) from primary school or computer classes.

Advertisement
Microsoft based its strategy on the back of products that covered the two layers in the middle and catered to any entity that fell into the top and/or bottom. It made an operating system that came in various client and servers, and application software (that also took on client-server forms) for professional, academic and home use, as well as making more software.

The deployment of operating systems to SMBs and enterprises has changed dramatically over the past few years with the rise of Cloud and the prevalence of Bring Your Own Device ( BYOD). Companies no longer have a couple of Windows Servers and a hundred Windows workstations – they’re lapping up IaaS, PaaS and SaaS as needed. As regular office-goers are inseparable from their phablets, BYOD is the only way forward. Folks can’t be bothered to have different devices for work and personal use.

Speaking of the Cloud, Azure is doing remarkably well. Microsoft has capitalised on its prevalence in the enterprise space and it is one of the top 3 Cloud services providers at the moment. However, it no longer has the clout and dominant of Windows in the workplace. , Google, Rackspace and Salesforce are equally strong players and it’s a far cry from the days of Windows 1.0 (?? 1.0?), Linux 1 or Mac OS 0.1.

Advertisement
This is because you no longer need to rely on a ‘suite’ of interconnected programs with a similar UI that Microsoft has forced down your throat for so long. ‘Software’ is now ‘apps.’ Whatever you want to do, whenever you want to do it, there’s an app for that.

On the desktop front, one area where the Redmond giant is holding its fort is the Office productivity suite. Over the years, the Office suite has grown like a Chinese megacity, both in terms of number and application features. 2013 comes in a multitude of editions for retail outlets, volume licensing, subscription through the Office 365 program, Web Apps and Office RT for mobile devices. But even here, invaders are banging on the door. The Big 3 that make up the core of Office – Word, Excel and PowerPoint – are facing stiff competition from their parallels at Google Docs and Apache OpenOffice. After all, who doesn’t like free software that’s both useful and aesthetic?

Then, there are the ‘supporting’ desktop apps, such as Microsoft Visio and Microsoft Project, which are no longer included in the Office suite, but have significant usage in the workplace. But these are fast giving way to collaboration tools such as WorkZone (mostly used by SMBs and enterprises) and Basecamp (favourite among small businesses). As for , which replaced Windows Messenger as Microsoft’s IM of choice, WhatsApp and Viber are zooming past it in day-to-day usage.

Advertisement
What Nadella calls a “Cloud first, mobile first world,” has, so far, flopped miserably in its attempts to compete with the and the iOS. Nor has it been lucky on the device front, with the Surface tablets and phones doing nowhere as well as Apple, Samsung and the clones.

Microsoft’s inability to win over users to its mobile devices and OS is the biggest threat to its omnipresence in the workplace. As the number of people using Windows at home and on the move dwindles, users could be starting to explore productivity and business apps other than Office on their tablets and phones, which they’ll eventually start using for work.

This is already happening in the west. As the Indian populace indulges more in their new-found love for smart, mobile hardware, it’s just a matter of time before they gravitate towards matching software that catches their fancy.