India on its way to be the world’s third largest economy: GP Hinduja 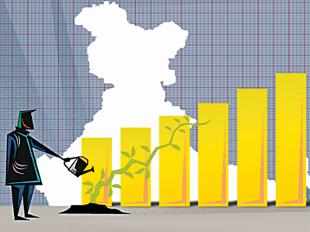 "India is already fourth-largest in public-private partnerships. If things go the way Modi is planning, India will be the third largest economy," he told BBC in an interview.

Hinduja further added, "He (Modi) has been brilliant in building up international relationships. He has lot of energy. Every day he announces new concepts and ideas. On the business angle, what we need for growth is tax, labour, land, power and infrastructure.
Advertisement

In reference to neighbouring China's growth trajectory, he said: "I am an entrepreneur. I have businesses in India and China. I don't compare the two."

"The Chinese economy grew very fast because it was not going on democratic basis. It is difficult for them to sustain that growth," Hinduja said, refering to the growth prospects in the world's second biggest economy.
Advertisement

Closer to home, the industrialist called for Britain to hold a referendum on its membership of the "as soon as possible".

"Uncertainties must be removed. In any business, common sense is the most important factor. I am a firm believer that any successful business needs talent," he said.