New Delhi’s toxic air and how one expat family was affected – sick children, asthma, a death, and a campaign to awaken city to pollution threat

Advertisement
SCMP
Nov 5, 2019, 14:26 IST
A good school for the children, a bungalow in an elegant part of the Indian capital, a job as a freelance writer, a maid, a driver, an inverter for the power cuts, and a water purifying system. These were some of the items Indian expat Jyoti Pande Lavakare ticked off on her list as “done” as she prepared to leave the piercing blue skies of Palo Alto in California to return to New Delhi in June 2009 with her husband Ajay, a technology start-up executive.
Advertisement

The move proved smooth. Within months, the household had settled into a new rhythm.

They were returning to spend time with their elderly parents and ensure their son, Madhav, and daughter, Naina, both in their early teens, had some “connection” with India, where both Jyoti and Ajay had grown up. They hoped to make them more resilient by teaching them to cope with power cuts, water shortages, and similar hardships.

What Lavakare, now in her early 50s, hadn’t bargained for was the poisonous air. The city had a “hidden” secret: its air was fouler than Beijing’s but hardly anyone knew. With every passing winter, the air quality was plummeting. 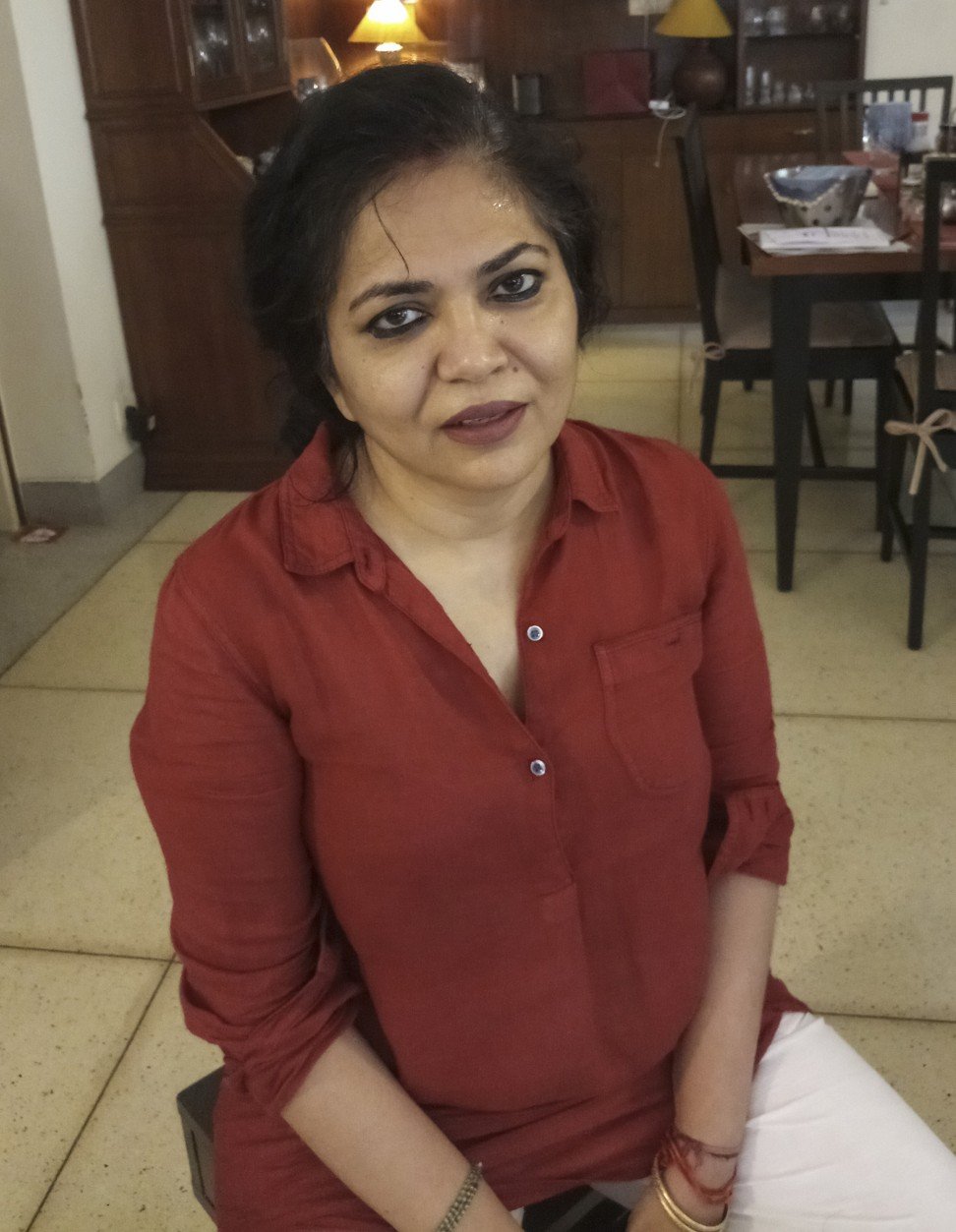 She thought she was being hypersensitive. Indian friends teased her for having become too “American”. But Lavakare began reading about and researching the air quality and soon became obsessive about the pollution.

When the American embassy in Delhi, which had been collecting air quality data but keeping it private, released the figures to the public in 2015, the secret was out. Lavakare was right to be obsessed: New Delhi’s pollution was off the charts, registering 222 during US President Barack Obama’s visit in January 2015. Readings from 151 to 200 are considered unhealthy, and any above that very unhealthy, meaning “health warnings of emergency conditions”.

The Indian capital’s residents were living in a gas chamber. In January 2015, Bloomberg quoted David Spiegelhalter, a University of Cambridge statistician, as saying that, by visiting the capital and breathing its air for just three days, Obama might have cut six hours from his expected lifespan. New York Times correspondent Gardiner Harris (a neighbour of Lavakare’s in Sunder Nagar) wrote a quietly impassioned article on how he was leaving New Delhi after his young son suffered a horrifying asthma attack.

Breathing the air was the equivalent of smoking 44 cigarettes a day, according to the independent Berkeley Earth science research group.
Advertisement

“At first I was in denial. Had I brought my children back to India to breathe pure poison and harm their lungs? But when the data started coming out … I knew we were in a crisis,” says Lavakare.

She bought face masks and air , but that was only dealing with her own patch. Angry at the horror of the city’s 20 million residents breathing filthy air, she co-founded Care for Air in 2015 with other professionals, as a platform to build awareness that the city was in the midst of a “public health emergency” and to lobby for clean air.

With her colourful silk saris and long wavy hair, pushed back by her glasses, Lavakare is now well-known as an expert on air pollution; she is invited to join television debates. She is unimpressed with the measures the New Delhi government has just announced to “minimise” (no one is talking of eliminating) the pollution this winter that turns the capital into a kind of “air gulag”, thick with tiny particles known as PM2.5 which damage not just respiratory systems, as many seem to think – but many other human organs too.


The quality of October’s air plunged to “poor” even before Diwali, the Hindu festival of lights when the bursting of firecrackers makes the “normal” pollution many times worse. On some days in late October, the state-run Central Pollution Control Board’s air quality index stood at around 300 – six times the recommended level. The index has risen as high as 999 after Diwali for two consecutive years.

This year, the government began putting tougher measures in place. Under its Graded Response Action Plan, drivers are allowed to use their cars every other day, depending on whether their number plates end in an odd or even number, to limit vehicle emissions; people found burning waste are fined; bus and metro services are increased; the use of diesel generators has been banned; and water sprinklers and mechanical sweepers will be used to deal with the construction dust and debris that is responsible for the bulk of the pollution.

At first I was in denial. Had I brought my children back to India to breathe pure poison and harm their lungs?Jyoti Pande Lavakare


By getting the doctors on Care for Air’s board to appear on television to talk about its effects, visiting schools to educate children, and galvanising the media to cover the subject, the group has succeeded in raising public awareness and making people, even the poor, demand action.


You can see the difference in the booming sales of air purifiers and face masks. “When people first began wearing masks a few years ago, people used to stare. It seemed odd. Or they’d cross the street, thinking the person was contagious. Now no one thinks twice about wearing a mask,” says Mukesh Nath, a chemist in Sarai Jullena.


Advertisement
For Lavakare, the fight for the right to breathe clean air has become fused with her personal life. She’s not worrying about her children – Naina has gone to Barnard College in New York, where she is studying sociology, and Madhav, currently on a gap year, has been accepted by Yale University in Connecticut. It’s more that, while she was campaigning and lobbying against pollution, it sneaked into her family, devastating it. 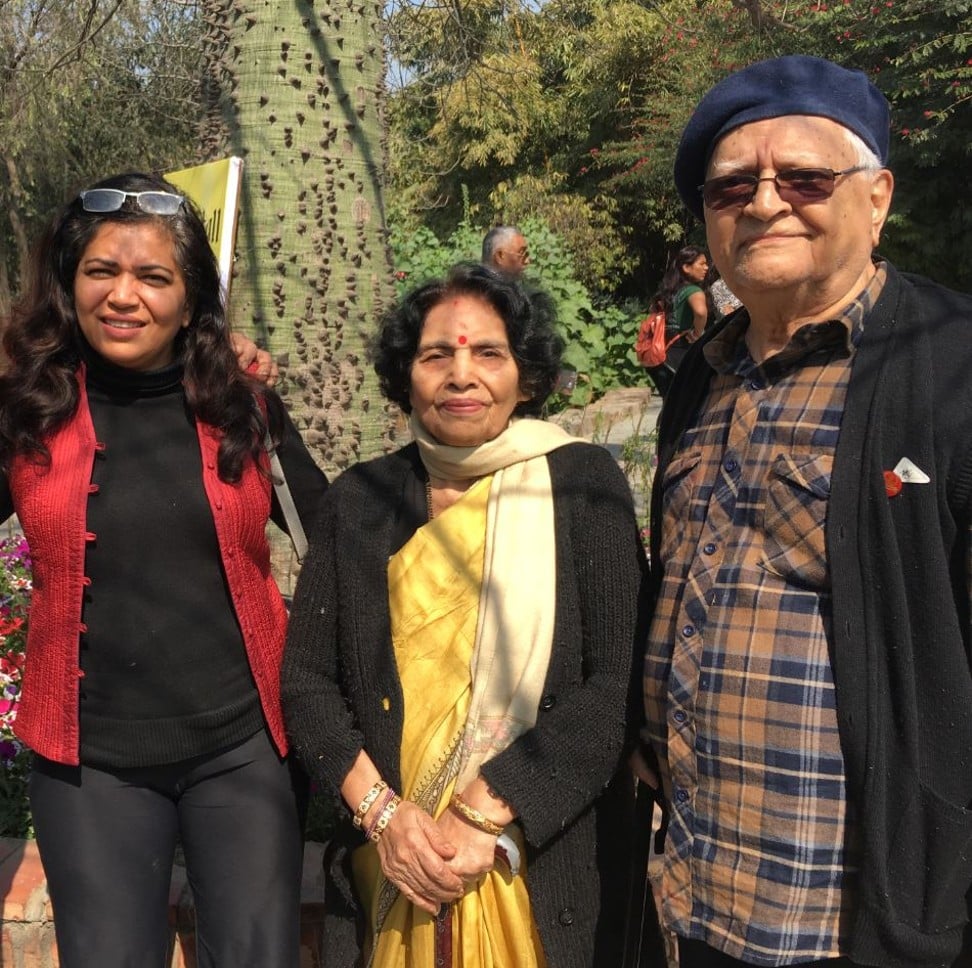 She had returned to India to spend time with her parents. But over a year ago, her mother, Kamale Pande, a classical vocalist and non-smoker, was diagnosed with terminal lung cancer. She had no family history of the disease and was otherwise in excellent health.

Suddenly, all those abstract statistics were embodied in her own mother’s lungs. Specialists linked the disease directly to and Lavakare has no doubt at all about the causal link.

Advertisement
In her book Choked, published this year, Beth Gardiner wrote: “You see one person run over in the street and you’ll never forget it, but thousands dying from the effects of dirty air will never even faze you.” Lavakare’s mother died last year.


Trying to process her grief is one reason Lavakare is working on her own book, called Breathing Here is Injurious to Your Health, to be published next year.

It’s the story of her relationship with her dying city, with pollution, her mother’s suffering and on what can be done to spare Indians from pollution’s catastrophic impact.

The fight for clean air is going to be prolonged. Misleading statistics have to be contested, for one. The Delhi government recently issued full-page advertisements to trumpet how air pollution had been cut by 25 per cent thanks to its efforts.


Sometimes, I wish we hadn’t given up our green cardJyoti Pande Lavakare, who returned to India with her family from Palo Alto, California, in 2009


“Experts agree that there is no data available – at least in the public domain – that clearly validates the claim. It doesn’t mean the government is lying, but unless independent data analysts and scientists can access the data, no one can say whether this is just another piece of fake news or a manipulation of cherry-picked statistics,” says Lavakare.
Advertisement


Sunita Narain, director general of the Centre for Science and Environment in New Delhi, says the coming weeks will see pollution getting worse. “There are 14 ‘hotspots’ – areas where pollution levels exceed the average because of the burning of municipal solid waste and industrial waste. To reduce the remaining 65 per cent of pollution, these sources need to be tackled,” she says.


Lavakare wants action on a “war footing”. The city needs an empowered and accountable authority whose sole goal is to reduce pollution. She is convinced that neither New Delhi nor the country – last year, 11 of the world’s 15 most polluted cities were in India – can afford incremental progress.


Anger inflects her voice, mostly when she talks of how little has been done. “Take 2018 – there was not a single ‘clean air’ day in the city. Take the government’s Clean India (Swachh Bharat) campaign. “How you can have a Clean India without clean air?” Or the government’s other pet scheme, Make in India. “How can you Make in India if you can’t breathe in India?” Lavakare asks.

Advertisement
The figures are not just dispiriting, they are apocalyptic. A report by the Energy Policy Institute at the University of Chicago in 2016 said air pollution was reducing the life expectancy of the average New Delhi resident by about 10 years.

She and Ajay discuss whether they should become “pollution refugees” by leaving the city for Goa, a coastal state in India’s southeast. Friends have already sold up and fled. Many have had nasty health scares. Some have opted for crazy commutes, such as between Delhi and Toronto or Delhi and London.

“Sometimes, I wish we hadn’t given up our green card,” she says.