BI India Bureau
May 7, 2020, 14:52 IST
LG Polymers in Andhra Pradesh’s Vizag reported a major gas leak at 2.30 am in the morning — affecting over 5000 people. The National Disaster Response Force evacuated all the people living within a 3-kilometer radius of the epicentre.

This comes at a time when the country is already going through a coronavirus crisis. The gas leak — which has left 1000 sick — is likely to burden the hospitals in Visakhapatnam. Andhra Pradesh already has 1048 active cases of coronavirus. 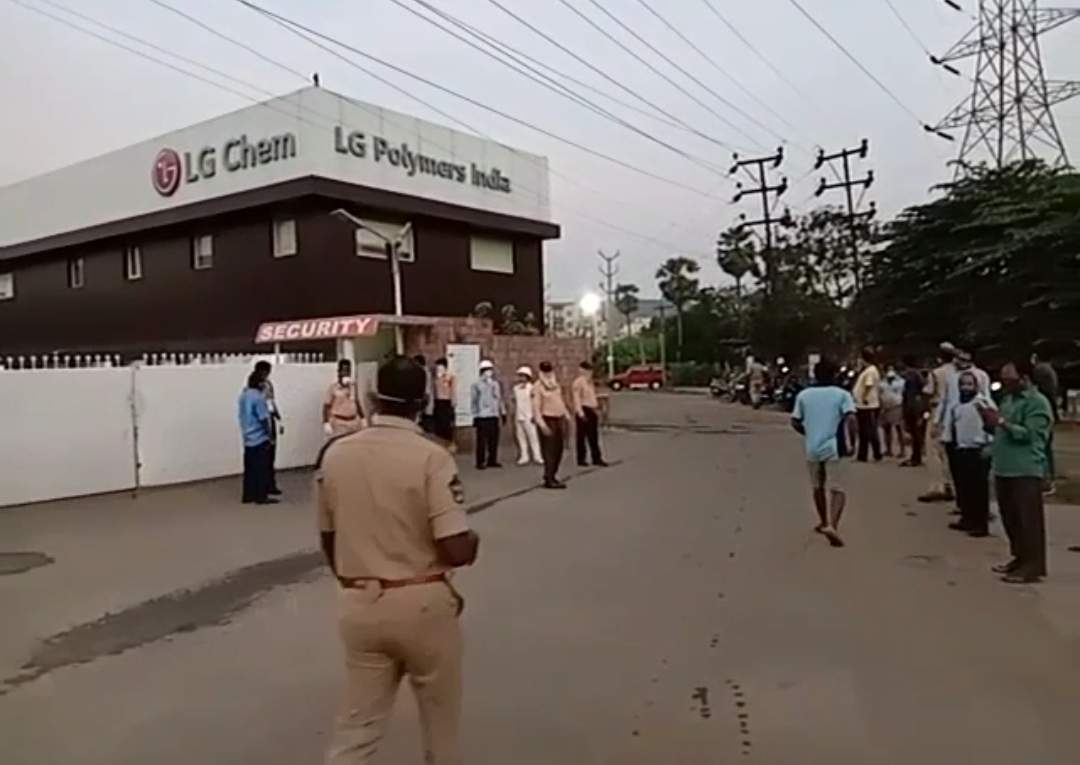 
The local administration has asked people not to step out of their home. Advertisement
Here are some disturbing picture from the LG Polymers gas leak -

Ten people, including an eight-year-old child, have been killed and over 100 admitted to various government and private hospitals. The chemical plant owned by LG Polymers is located in the outskirts of Visakhapatnam — a city of 5 million people.
N Chandrababu Naidu/Twitter

Usually between 350-400 people work in the chemical plant but it has been shut over a month due to coronavirus lockdown. The local villages which woke up to the gas leak complained of throat irritation, skin irritation and toxic smell.
Advertisement

A few hours later, people were found lying unconsciously on the road, near the house and some of them were even found in sewage. Serious were brought to King George Hospital. Many animals, birds have also succumbed to the gas leak. The actual number of such cases is yet to be ascertained.
N Chandrababu Naidu/Twitter
According to reports, the gas leak happened when some workers were preparing to re-open the plant. Styrene, the gas leaked, is moderately toxic but may affect the central nervous system. It is commonly used in the production of plastic, pipes and synthetic rubbers. The gas isn’t poisonous. Advertisement NDRF
A first information report (FIR) has been registered against LG Polymers. Andhra Pradesh Chief Minister YS Jagan Mohan Reddy has also ordered a probe.

The government says the gas leak is now contained and there’s no need to worry.

See also: Advertisement FIR registered against LG Chemicals as Vizag gas leak death toll rises to 10 with 300 in the hospital and at least a thousand affected in its wake