Prabhjote Gill
Dec 1, 2020, 15:48 IST
Trials of the COVID 19 vaccine in India begun in AugustBCCL
The Serum Institute of India (SII) claims it has a clean chit from the authorities and that its COVID-19 vaccine is perfectly safe to roll out to the masses.

Dubbed Covishield, the vaccine being developed by UK's Oxford University and the US pharma giant AstraZeneca recently came under scrutiny after a 40-year old volunteer from Chennai claimed to suffer from neurological and psychological side effects as a result of the trials. 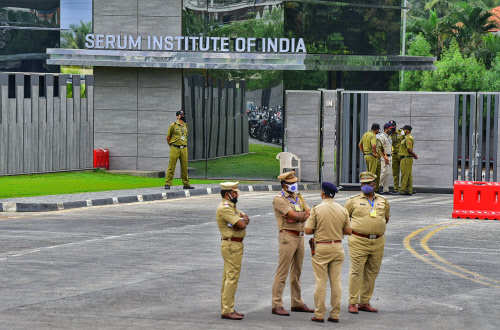 
“The concerned authorities were informed and the Principal Investigator, DSMB and the Ethics Committee independently cleared and reckoned it as a non-related issue to the vaccine trial,” SII said in a statement on Facebook.
Advertisement

The company added that the vaccine is ‘safe and immunogenic’ to roll out to the masses. “The incident with the Chennai volunteer though highly unfortunate was in no way induced by the vaccine and Serum Institute of India is sympathetic with the volunteer's medical condition,” it said.

Concerns over SII’s trials in India
The phase-III volunteer who accused SII of extreme side effects due to the vaccine sent the company a legal notice and is seeking ₹5 crore as compensation. He claims that the side effects of the vaccine were so extreme that he now finds himself unable to get back to his life as it was before the vaccine trials.

In the legal notice to the SII, AstraZeneca and the Oxford Vaccine Group, he also demands that the vaccine trial with 1,600 volunteers in India should be halted immediately.
Advertisement

SII hit back, saying that it would fight these claims tooth-and-nail and seek at least ₹100 crore in damages, which the volunteer’s advocates saw as an ‘ intimidation’ tactic.

The being manufactured by SII is among the leading candidates for a COVID-19 vaccine around the world, locked in a race against the likes of Pfizer, Moderna and Sputnik-V.

After meeting with Prime Minister Narendra Modi on November 28, SII CEO Adar Poonawala revealed that the company is in the process of applying for an emergency use license for Covishield in the next two weeks.
Advertisement