Advertisement
Navdeep Yadav
May 7, 2020, 18:06 IST
Smoke is seen coming out of the LG Polymers Plant Building, following a gas leak, in Visakhapatnam, Andhra Pradesh, India, May 7, 2020, in this still image taken from video.TV ATTENTION EDITORS - NO RESALES. NO ARCHIVES. THIS IMAGE HAS BEEN SUPPLIED BY A THIRD PARTY. INDIA OUT.
Advertisement
The gas leak disaster in Visakhapatnam today (May 7) has brought back disturbing memories of the Bhopal Gas Tragedy for many Indians.
The Visakhapatnam gas leak in LG Polymers has cost 13 lives so far and hundreds have been injured. The impact was such that the entire neighbourhood — up to a five-kilometre radius — is currently being evacuated.

Over the course of history, there have been several man-made disasters that have resulted in the deaths of thousands and have left behind a scar in the lives of millions across the world.

Here are the worst man-made catastrophes that have caused pain and outrage, while also changing lives forever:


The Bhopal gas tragedy happened on the dreadful night of December 2, 1984. The highly toxic gas – – leaked from the (UCIL) pesticide plant in Bhopal, Madhya Pradesh and made its way to the small towns located near the plant.
Advertisement

The incident was India’s first major industrial disaster and one of the world’s worst. More than 3,787 people died due to the poisonous gas, while hundreds of others lived with deformities.


In January of 1991, more than 720 thousand cubic metres of oil was spilt into the Persian Gulf, as a desperate military move by to make it harder for U.S. marines to land.

However, the move ended up killing thousands of marine species, and some local species even disappeared. The oil spill, the largest one in history, was the first time that a natural resource was used as a weapon of war.


The Jilin chemical plant explosion was a series of explosions which took place in of China in November 2005. The accident site was a nitration unit, where the aniline equipment was jammed up and ended up blasting.

The explosions happened just for an hour but killed six and injured dozens. It also left thousands of people homeless in Jilin. It severely polluted the Songhua river, with an estimated 100 tons of benzene and pollutants contaminating the water.

The Great Smog is known to be the worst air-pollution event in the history of the United Kingdom. In 1952, a highly toxic air-pollution event affected London causing major disruption by reducing visibility and even penetrating indoor areas. In the cold weather of London, anticyclone and windless conditions caused airborne pollutants created by the use of coal to accumulate and form a thick layer of smog over the city.

A report later suggested that more than 6,000 people died in the following months as a result of the event. However, the pollution also brought with it various changes in practices and regulations, including the Clean Air Act 1956 as a boon for the nation.
Advertisement

Eleven of the 126 crew members died, while 17 others were injured. Over the course of 87 days, the rig's damaged wellhead spewed between 134 million and 206 million gallons of oil into the Gulf of Mexico.

The Death Of Aral Sea

The Death Of Aral Sea is considered to be one of the planet’s worst ecological disasters. In 1960, the sea was the fourth largest in the world. But the former-USSR decided to reroute the two rivers which fed into the lake.
Advertisement

The country constructed massive irrigation channels to mastermind the operation. The plan was to feed the rivers back into the lake, but by making it pass through the deserted region, where the crops were to be planted. The USSR then wanted to become the biggest exporter of cotton.

As a result of human intervention, the lake began to evaporate and in 2014 NASA images revealed that the Aral Sea has completely dried up.

In April 1986, the technicians at the Chernobyl nuclear power plant in Ukraine decided to run a safety test on a reactor, to assess its functionality during a potential power outage.

The test went wrong, and the reactor exploded. It ended up blasting radioactive material out into the air. The operator was killed immediately in the explosion, while hundreds of employees were hit by enough radiation to die slowly over the following months.
Advertisement

Today, the surrounding towns still lie in ruins, but the authorities have deemed it safe to visit for tourists who wish to visit the haunting remnants. 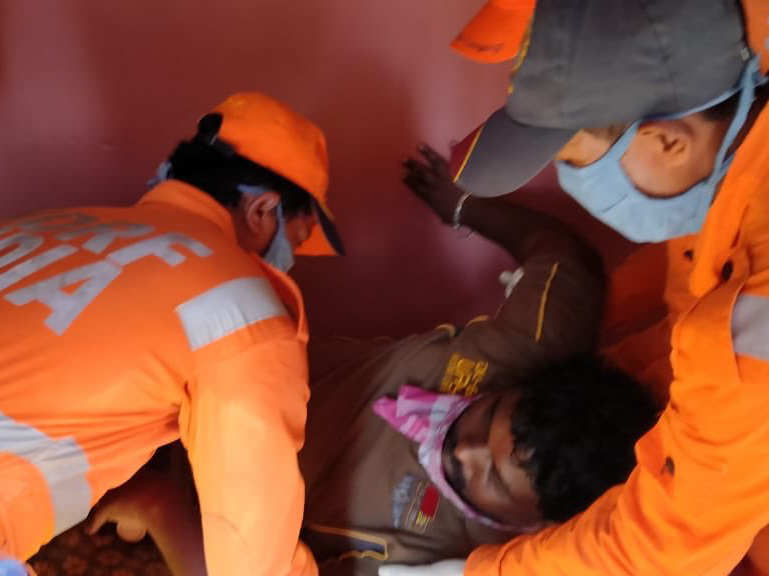