Indian economy expected to grow at 7.6% in FY16 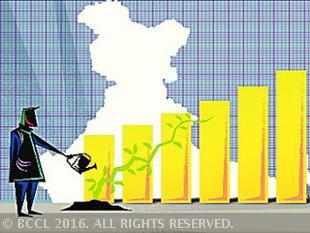 is expected to record a five-year high growth rate of 7.6 per cent in 2015-16 on improved performance in manufacturing and .
Advertisement
Advertisement

According the Central Statistics Office (CSO), the Gross Domestic Product (GDP) or is estimated at 7.3 per cent in October-December quarter of this fiscal. CSO has also revised upwards the growth estimates for April-June and July-September quarters to 7.6 per cent and 7.7 per cent from earlier calculation of 7 per cent and 7.4 per cent, respectively.

The growth of mining and quarrying sector, electricity and power supply and other services is likely to witness deceleration during the current financial year. Commenting on the GDP data, Economic Affairs Secretary Shaktikanta Das said, “The direction of the numbers is very positive. The policy and reform measure the government has undertaken in last one and a half years are beginning to show results.”
NewsletterSIMPLY PUT - where we join the dots to inform and inspire you. Sign up for a weekly brief collating many news items into one untangled thought delivered straight to your mailbox.
CAPTCHA: