Indians Who Hold Prominent Positions In WHO 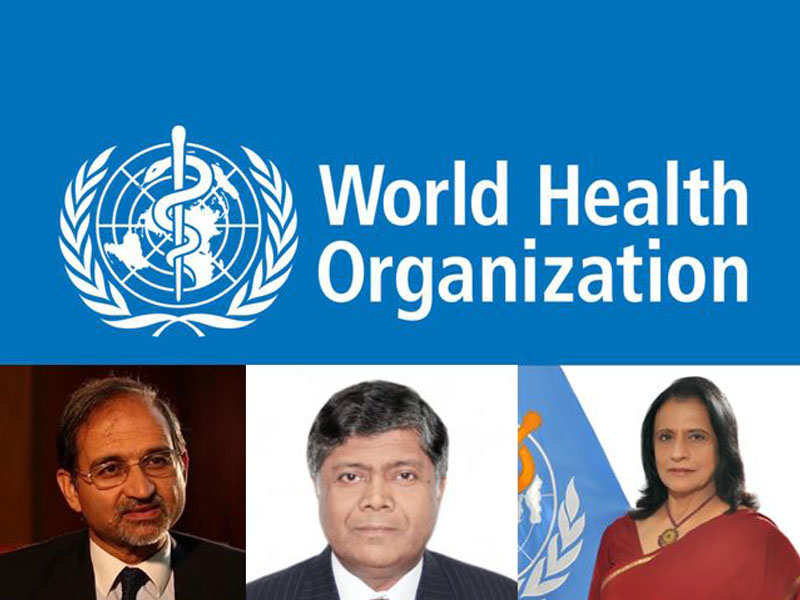 WHO, which is an arm of the that offers leadership on matters, is one of the most respected organizations in global health space. People generally think that a higher position in is reserved for people from the US or Europe, but it’s not actually true. All deserving candidates, irrespective of caste, color or creed, make it to the elite group. In this article, let’s take a look at Indian-origin people who hold top positions in WHO.
Advertisement

Dr. Poonam Khetrapal Singh is currently the Regional Director for South-East Asia Region, WHO. Prior to this, she has worked as deputy regional director for the South-East Asia Region for 14 years, from 2000 to 2013. An Indian national, Dr. Singh’s key focus area is to address the ever-persistent and emerging epidemiological and demographic challenges in the region, and also push the agenda for universal health coverage and robust health systems. In this role, she is able to well articulate a strong regional voice in the health agenda at the global platform.

In the early days of her career, Dr. Singh worked as civil servant in India for more than two decades, before moving to to the Health, Population and Nutrition Department of The World Bank in 1987. It was in the year 1998, when she joined WHO headquarters as executive director for Sustainable Development and Healthy Environment division.

Advertisement
Dr. Shekhar Saxena is at present the Director, World Health Organisation, Department of Mental Health and Substance Abuse. A psychiatrist with an experience of over three decades, Dr. Saxena has his expertise in the field of research and program management, service delivery and information systems in the areas of mental health. Low and middle income countries has been the key centre of his work in this field. At present, his key responsibilities at WHO involves focusing on implementation of the WHO Comprehensive Mental Health Action Plan 2013-2020. This includes pushing the agenda for mental health, neurological and substance use disorders and scaling up care for the same. Dr. Saxena also had the honor of being of the writers of the World Health Report 2001 on mental health.

Dr. Sumana Barua who is serving the WHO at present as the Team Leader of the Global Leprosy Programme, began his association with the organization way back in 1996 as a Temporary Advisor. Back then, Dr. Barua evaluated the National Leprosy Elimination Programmes of Indonesia and Myanmar. He did another short-term assignment as a consultant with WHO in 2001 for Cambodia and Vietnam region From 2002 to 2007, he worked as Medical Officer and Regional Focus Person for WHO’s Western Pacific Region Leprosy Elimination Programme. In this role for over 5 years, Dr Barua was responsible for about 37 countries and regions.

Barua is known for introducing innovative approaches that led to simplified detection of leprosy cases particularly in remote areas. Another approach he is promoting is the involvement of persons affected by leprosy in policy-making and implementation to improve national leprosy services. His two unique approaches have helped detect many cases of leprosy, which were otherwise had-to-find and could have gone unnoticed.