Instagram co-founder Mike Krieger gives tips on how to design a great product, hey startups are you listening? 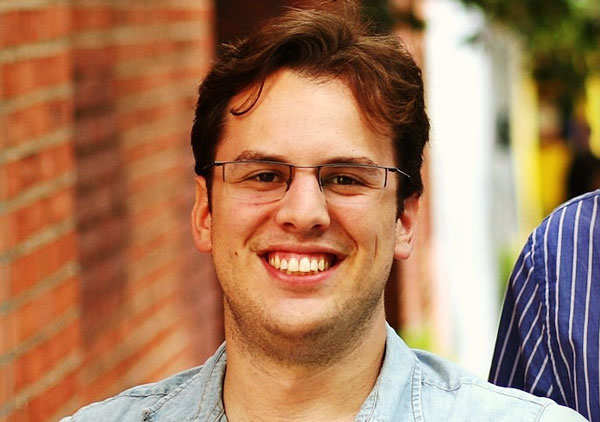 If you are a startup (particularly a tech startup), there is a key take away from the failures of founders that you can learn to avoid blunders while setting up your own business. Hear the co-founder explain the initial mistake and a hectic journey thereafter that ultimately led to what we call ‘Instagram’ today.
Advertisement

“When and I were working on the first version of Instagram in 2010, we made a crucial mistake. We were working on a product called Burbn, and it had all the elements designers look for--nice layout, good visual design--but it was far too complicated. When we had people sit down to test it, they just couldn't understand why it would be useful to their lives,” he says.

This made both Mike and Kevin go back to their drawing board. They did two important things - drastically simplified it and pushed themselves to pinpoint the real-world needs they were addressing.

“Once we had that clarity, we trashed any projects or ideas that didn't specifically meet those needs. With a sharper focus, we were able to build what ultimately became Instagram in under three months,” he says.

What made the product so successful? Mike’s realization is it is the feeling people get when they create something using the app. “That moment of creativity, followed by positive feedback. It enables a social interaction that shows people at their best, and, put simply, makes you feel good. But we wouldn't have gotten there if we'd just kept on designing for ourselves.”

Advertisement
He means to say that without prioritizing human-centered design, it's impossible to build a product that can win people's hearts because there is no other skill for anyone in the business of creating technology for human beings except for having an eye for human need and crafting a product accordingly.

Using the success story of his popular photo-sharing company now, Mike has four things for you to remember for producing the perfect product design (as told to Daphne Koller, President and Co-founder, ):

When I was a student and rushing to finish a project, my gut instinct was usually to keep adding all kinds of features. It's a way of papering over the fact that you haven't quite nailed your concept yet. All those extra features? They're just distractions that will muddy up the product experience for your users. Focus on doing the right things instead of a bunch of things.

Sketch Before You Build.

Advertisement
Kevin and I spent hundreds of hours in coffee shops brainstorming ideas and sketching them out, all before we ever wrote a single line of code. You can't start a product simply by building it. You have to know why you're building it, and you might go down the wrong rabbit hole, waste time, and confuse things. Spending long afternoons with a sketchbook or talking through your ideas with other people can save a year in software development later on.

Get Out of Your Head. And Building. And Country.

A few years ago, we decided to build a new filter selector for Instagram. All of the designers in the room liked it, so we rolled out the update. Bad idea. The backlash was swift. The new selector made it far more difficult to compare two different filters quickly. If we had taken the time to actually talk to the people who were using Instagram regularly, we would have known that right away. Empathy is key in the design process, especially when you start expanding outside of your comfort zone to new languages, cultures, and age groups. If you try to assume what those people want, you're likely to get it wrong.

Be Insatiable About Quantitative Research.

As Instagram got bigger, we got even more rigorous about the human-centered design process. Take our Layout product, for example. We knew that plenty of Instagram users were using third-party collage apps, so we looked at those photos and found trends. We learned that collages were usually made up of photos of people's faces (not landscapes). And when we got people into the lab, we learned that all the other collage apps had one important element backwards. People wanted to pick photos of their friends first, then see what layouts worked--not the other way around. We knew we were onto something when users' eyes lit up when they saw how intuitively our product worked. If you have data, put it to use--and always remember to test it out with real people.
NewsletterSIMPLY PUT - where we join the dots to inform and inspire you. Sign up for a weekly brief collating many news items into one untangled thought delivered straight to your mailbox.
CAPTCHA: