Advertisement
SCMP
Oct 29, 2019, 13:09 IST
The death of Islamic State (Isis) leader has been hailed by US President , but the terror group’s ideology lives on in Southeast Asia , where the region’s security agencies are bracing for possible retaliatory attacks .
Advertisement
Authorities in Indonesia and Malaysia are on the alert, while a terrorism expert says there is likely to be an influx of Isis loyalists into the Philippines.

Said Ayob Khan Mydin Pitchay, head of the Royal alaysian Police’s Special Branch counterterrorism division: “[Baghdadi’s] death will not have any impact on Malaysia … as all terror attack plans in Malaysia came from lone wolves and self-radicalised [individuals] who were influenced by the ideology of Isis.

“As long as the Isis ideology is not eliminated, as long as other groups who adhere to the Salafi jihadi ideology are not eliminated, the threat of terror will remain,” he said, pointing to how the al-Qaeda terror group continues to exist after the 2011 death of founder .

Salafi jihadism is a political and religious ideology based on the Salafi movement of returning to what its adherents believe is a “true” version of Islam.
Advertisement
According to a senior official of Densus 88, Indonesia ’s police counterterrorism squad, Isis’ ideology “remains the fundamental basis of its struggle”, and has spread throughout the country via books and social media to the point it is difficult to stop its influence. 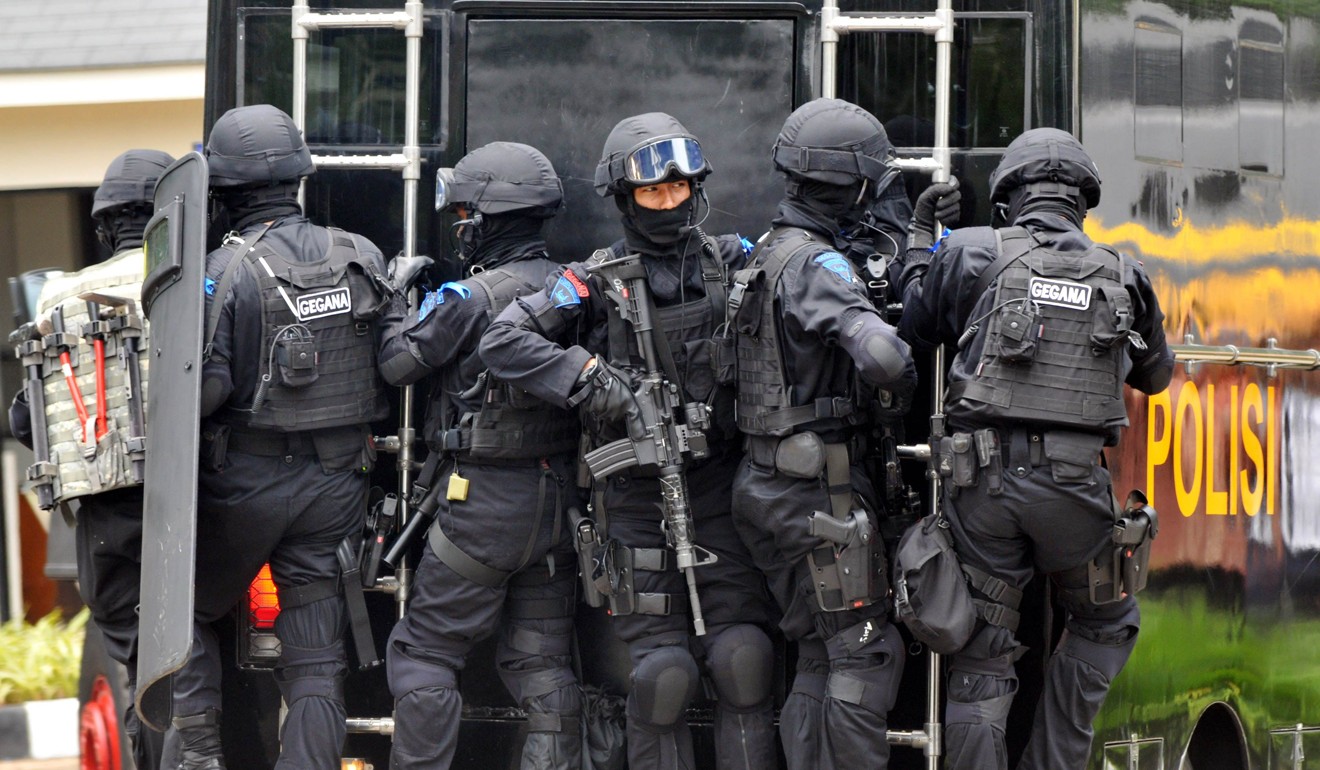 The official said Isis’ new leader would determine whether its threat would weaken, adding that Indonesia is always on the alert for terror attacks.

However, Sofyan Tsauri, a former member of al-Qaeda Southeast Asia, believes Baghdadi’s death is a huge blow to the morale of Isis globally, despite the group “not being built on a figure but on an ideology”.

“It could either weaken the group or trigger revenge attacks,” he said.
Advertisement
Tsauri said Isis is still popular with Indonesians suffering from economic hardships and discrimination, as they view the group as a solution to their struggles, while some from the country’s middle class are drawn to it as they believe in “the of the end of the world taking place in Syria”.

There is also likely to be an influx of Isis loyalists into the Philippines, the only place in Southeast Asia where pro-Isis cells and groups can physically control territory, or gain military experience.“Isis leadership directed Southeast Asian militants to travel [to the Philippines],” said Professor Zachary Abuza of the National War College in Washington. “With Baghdadi’s death … more and more militants will not even consider travelling to and Syria, so Mindanao will be the draw for them.”

Mindanao, an island in the archipelagic nation’s south, is a hotbed of terror activities where Isis affiliates in 2017 occupied Marawi City for five months, before government troops took back control that October. More than 1,100 lives were lost in the fighting, including civilians, in Isis’ largest attack in Southeast Asia.


Responding to the news, Singapore’s Ministry of Foreign Affairs said Baghdadi’s death was “an important development in the ongoing global fight against terrorism, which remains a serious threat across the world including Singapore”.
Advertisement
Meanwhile, the Armed Forces of the Philippines (AFP) spokesman Brigadier-General Edgard Arevalo on Monday said AFP troops “remain on high alert to thwart possible attempts to ride on this development”.

“The AFP will continue with our vigorous efforts to prevent or counter terrorist extremists who continue to threaten our country,” Arevalo said.

He urged the public to report any suspicious persons or activities to authorities, adding that “vigilance will surely help security forces in our campaign to deny the Isis foothold in our country”.

Abuza from the National War College, who specialises in terrorism and insurgencies in Southeast Asia, said Baghdadi’s death will not make a difference operationally for terror cells in the region.

“My guess is that Southeast Asian cells that pledged allegiance to Isis are going to keep on doing what they are doing, irrespective of events on the ground in Syria. Pro-Isis cells in Indonesia for the past two to three years have [mainly targeted] police – and more recently politicians,” he said.
Advertisement
According to Abuza, there is no centralised command and control for the Islamic State of East Asia, Isis’ regional offshoot, and most terror groups in Southeast Asia remain fairly autonomous. There has also been little in the way of resources flowing into the region from what is left of Isis in Syria and Iraq.

“If Isis really peters out, then you will see a swing in support back to al-Qaeda and Jemaah Islamiah, [its Southeast Asian branch, responsible for the 2002 Bali bombings]. That will be much easier to do without Baghdadi in the picture,” he said.

“In Southeast Asia, the groups are much more fluid. Individuals swing between these groups. In the Middle East and South Asia they are the most bitter rivals.”
{{}}
NewsletterSIMPLY PUT - where we join the dots to inform and inspire you. Sign up for a weekly brief collating many news items into one untangled thought delivered straight to your mailbox.
CAPTCHA: