Xi Jinping in Mamallapuram: All the iconic monument that Chinese premiere will see during his visit

Preeti SoniOct 10, 2019, 16:52 IST
Xi Jinping will visit India from October 11 to 12 to take part in a second informal summit with Prime Minister . They are expected to hold comprehensive talks on issues concerning bilateral relations.

The meeting between Xi and Modi will be held at Mamallapuram near Chennai. Xi will from October 11 to 12 and pay a state visit to Nepal on October 13, Foreign Ministry Spokesperson Hua Chunying announced on Wednesday.

Modi and Xi are expected to visit four iconic monuments in Mamallapuram.The historic coastal town is witnessing a flurry of activity, including infrastructure development in lieu of the high-level meeting.

Here are the list of monuments Xi Jingping is going to visit in India:


Five Rathas or Pancha Rathas are five complex monuments which are carved on a rock. Each of these chariots is dedicated to five Pandava brothers from Mahabharata. Their wife Draupadi also has a chariot to her name.


Krishna's butterball is a massive round boulder perched on a steep rock slope in this town.This precariously balanced boulder is said to be a hunk of stolen butter dropped by the gods.


Arjuna’s Penance is a large relief panel carved on a giant monolithic rock. Arjuna’s Penance and descent of the river Ganges both were designated as a UNESCO World Heritage Site in 1984.


Shore Temple — one of the earliest structures of Southern India — overlooks the shore of Bay of Bengal. Several European travellers have recorded the popularity of Mahabalipuram’s port. It also demonstrates the wealth and the might of the Pallava empire, which traded goods with many countries as early as 275 CE to 897 CE. 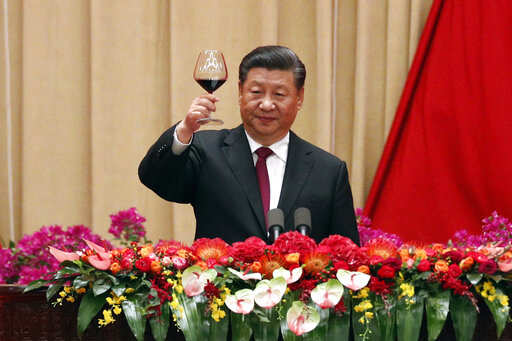