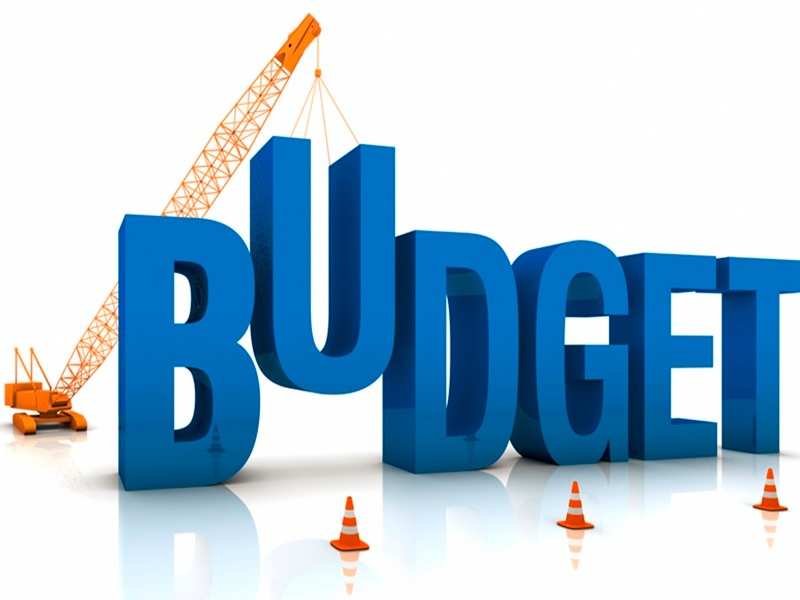 It will be a grave injustice if we do not mention the backdrop in which FM has to present the budget. The FM has a difficult task of meeting twin objectives – sticking to the path of Fiscal consolidation and increasing public investment. Also, the country has suffered from poor monsoons in previous two years contributing to agrarian distress. Most of the economic indicators are in red and even there is a global slowdown. The CPI is around 5.5% but the WPI is -0.9%. The GDP Deflator is also negative. The Index of Industrial Productivity is also falling to -1.3%. The burden of the Seventh Pay Commission and the One Rank One Pension also adds to this. In such a scenario, one thing is certain, you have to be a magician to appease all the sections of society.
Top DealsView all Offers
Smartphones
Fashion
Luggage
Laptops
Large Appliances
Televisions
Beauty
Amazon Devices

This budget is aimed at addressing the structural issues which the country is facing. It is good to see that government has identified the key pillars on which it needs to lay emphasis. It signifies the intent and the purpose with which the government is going ahead in front of the people. From the various measures taken, it is quite evident that the government was very clear that it has to address the problem of agriculture sector in the country. A sector which employs around 50 % of the population should be given a major share of the budgetary allocation, and the FM has struck the right chord this time. Clear focus on the irrigation allocation of 20000 crores will aim to reduce the monsoon dependence of the agricultural sector. The increase in the outlay towards rural and social infrastructure is also in line with financial inclusion mission of the Government.

From the macroeconomic standpoint, it will spur the rural consumption and will contribute to the GDP of our . It is unfortunate that after 68 years of independence, we are still plagued with the same problems of poverty, inequality, agrarian distress, rural electrification etc. Increasing the MNREGA spending, waiving the loans of farmers, etc. are artificial measures which in the short term is perceived to be a solution, but it pushes deep into the vicious cycle of poverty. So, though government celebrates that they have increased the rural expenditure on the budget statement and addressed the problems of the rural people, but somewhere they forget that the real monster is alive and time and again it will keep on coming to haunt you. So, skilling is one such area which the present Government is taking seriously. So far we have had many schemes running over the years, but the problem hasn’t been addressed. Every time a new government comes, it either changes the name of the policy or come up with similar schemes. And, the problem still remains as it is. The reason is if you are trying to address a problem that has a lot of ramifications, you can’t have a unidimensional scheme to fix it. We will have to see the holistic picture, and realize that schemes can’t work in silos; they need to be integrated with each other to address the common objective. On the infrastructure and investment front, the government has decided to invest 2.18 lakh crore on roads and railways. This is a very good step in the right direction.

Advertisement
Investors were also expecting more concrete steps as far as retrospective tax is concerned. Merely stating that government has no intentions to go for retrospective is not enough to gain the full trust of investors. A clearly defined unambiguous action plan is needed. GOI has engineered a new way to curb black money evasion. In this budget, they came up with a proposal that if people will disclose their black money within a specified time then apart from 30% tax only 15 % will be charged as penalty. If the government later identifies such persons then a penalty of 90% will be charged. This can help the exchequer if some disclosures do take place. Also the government hasn’t explained in detail that how it will generate revenue to fund the expenditure which is lying in front of it like the Seventh Pay Commission and the One Rank One Pension. target which government has stated seems very good on paper, but it is based on the assumption that global crude oil prices will remain at an average of $35 per barrel.

It was good to see that government has made education a part of the nine pillars and increased the budgetary allocation from Rs 68,963 crore in FY 16 to Rs 72,394 crore in FY 17, which translates to a 4.9 % increase in education sector compared to last year. On deeper analysis, if we take and GDP growth rate into account, the budgetary allocation is effectively lesser than the last year. Moreover, we are still off target as far as the requirement of the sectoral budget allocation of 6 % of GDP is concerned. Also the budget allocation in the health sector remains a low of 1.28%. This is small compared to the total spending in this sector (4.2% of the GDP). So most of the spending in this sector continues to be out of pocket with about 70% in the private sector. One of the causes of bankruptcy for the poor is the lack of access and the high cost of healthcare. So it was expected that more allocation to the health sector, especially in the sector of preventive and primary sector, would take place. Also some new scheme in government health or strengthening the existing health schemes like RSBY, VAS was expected. But no such steps were taken towards this sector.

After the RBI suggested the cleaning up of bad loans, it was observed that for the public sector banks, the gross NPA rose to 26 % compared to last year. Though the government has allocated 25,000 crores for the recapitalization of the banks, it is peanuts compared to the mess in which the banks are in. On a little bit of number crunching, it was observed that this amount is not even sufficient to compensate for the quarterly losses of the public sector banks. So, currently we are facing a twin balance sheet challenge – both the banks and corporate sector balance sheet are in distress, which is significantly affecting the private investment. Concrete steps in the form of action plans to revive the present situation of banks were missing in the budget.

Advertisement
We see that the global market is going through a slowdown. The global commodity prices are low. Our industries which are dependent on the export are slowing down as a result. The domestic demand is also slow. So most heavy industries like the Steel, Petrochemicals are at a loss. They are operating well below their potential capacity. So the industry was expecting a boost from this financial budget. A major step in the process would have been lowering the Corporate Tax as earlier envisioned by this government. Corporate tax rebate for industries with a turnover of Rs. 5 crore only, will exclude most medium and large size industries. There were no concrete steps towards and no mention was done about the exit policy of the industries which could have revived the sentiments of the private investors. However, the finance minister has laid the measures to boost the startup ecosystem. A proposal for tax exemption on profits, one-day registration of companies and the exemption of capital gains tax for the startup are the key notifications. The FM also announced setting of a fund to raise Rs. 2500 crore annually for four years to fund the startups. This is definitely a positive step towards the startup India movement.

Lastly, we often jump the gun and declare a budget as pro-agriculture or pro-corporate. It is high time that we realize that any scheme addressed to a particular section should be treated as pro-India scheme, because as we can’t function if one our body part is not functioning properly. In the same way, our economy will not touch its true potential unless all sections of society grow together. We need to get out of this silo mentality and look at the picture holistically. If corporate houses benefit from a policy, it, in turn, generates employment opportunities, which benefits the unemployed people from a rural background. On the other hand, if the policies are aimed at improving the standard of living of the rural population, then the rural consumption increases. This increase in consumption, in turn, generates demand for corporate houses to leverage. In a nutshell, a change in outlook will help us realize that there exists a symbiotic relationship between corporate houses and rural agriculture, unlike the zero sum game which is portrayed for selfish political interest.

Advertisement
(The article is written by Siddharth Jain and Joydeep Chakraborty)

Disclaimer- the views published in this article are the personal opinion of the author.