​It’s not Modi, or Amit Shah, it’s infact mangoes in Gujarat that are getting a security cover 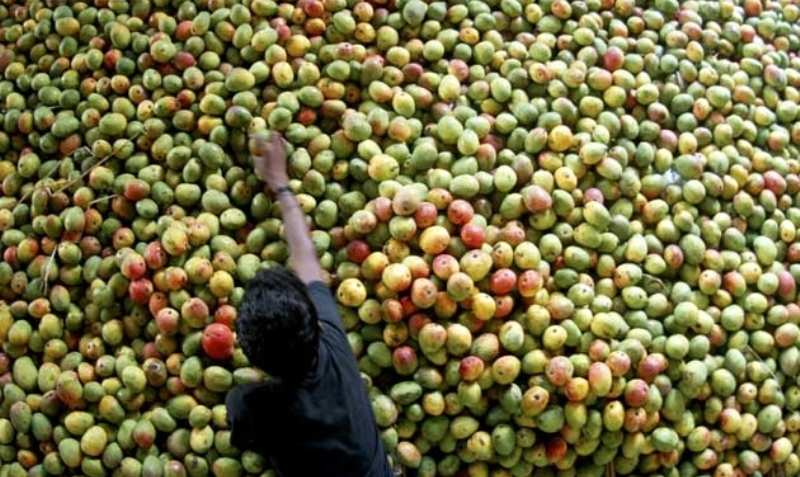 Advertisement
Mangoes in Valsad district of Gujarat are getting a VIP treatment these days; thanks to untimely rain that posed a serious threat to their survival. The 300 bigha mango orchards spread across five villages in Valsad district are being guarded by eight stern-looking men on horses.
As per the Economic Times report, these stick-wielding men ensure that mangoes are not stolen by thieves and mischievous elements. There are nearly 45 such men, traditionally known as 'Pathans', who are guarding large number of orchards in nearly 25 villages of this Valsadi hafoos hub.

Mangoes have become a precious commodity that needs to be well-guarded after nearly 70% of the crop was wiped away due to five wspells since February. These Pathans are specially called from Barmer in Rajasthan along with their horses.

"When mango production falls, chances of theft are very high as the fruit would fetch higher prices in market. We are left with no option but to deploy security to protect whatever is left on the trees," Rasesh Desai, whose family owns 12,000 mango trees including 5,000 Valsadi hafoos trees, told the ET. The orchards are spread across five villages of Lilapore, Kundi, Dhamdachi, Thakkarwada and Rabda near Valsad. Desai has been paying each guard Rs 8,000-Rs 10,000 per person a month.

Musa Khan Pathan, who supplies these security men, said, "The practice of hiring Pathans from Barmer started 20 years ago. Initially, people in Valsad called us to protect their villages from thieves. But our role has been limited to mango orchards now."

Advertisement
"Our presence is enough for miscreants to stay away from entering the orchards," he said.

"When Pathans patrol the orchards on horse back, people think twice before any misadventure," said Desai.

In some cases the entire village hires services of these Pathans to protect their mango orchards. Village like Thigra, Solvada and Khajori in Valsad have small orchards so they have collectively hired services of Pathans and the cost will be evenly distributed among farmers.