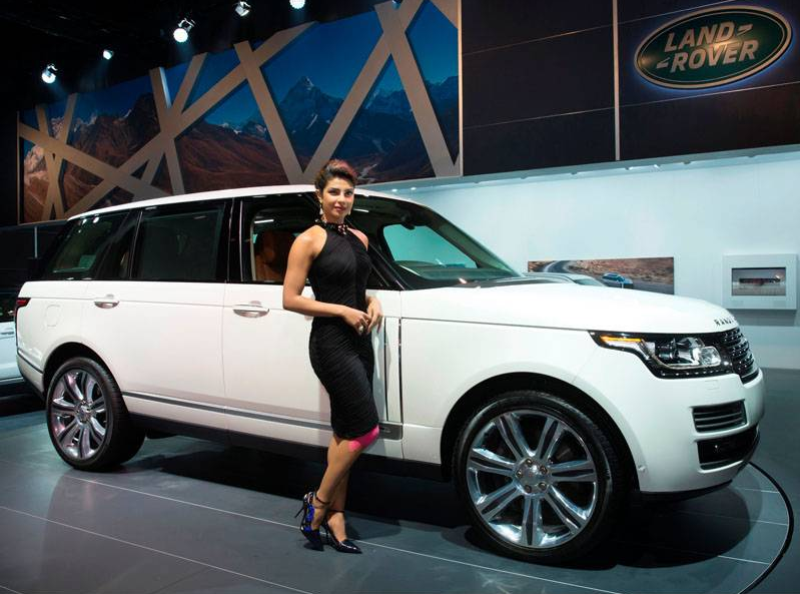 The facility is spread across 400,000 square-metres and is located in the Changshu Economic Development Zone in the north of Shanghai. The construction of the unit is expected to complete in the next two years. The plant is a part of the company’s 10.9 billion joint venture investment plan.

“The opening of this world-class facility is an important milestone for Jaguar Land Rover. Since its launch, one in five Range Rover Evoques have been sold in China. Our decision to manufacture the Range Rover Evoque in Changshu is a result of our commitment to bringing more Chinese vehicles to Chinese customers,” said Dr Ralf Speth, Chief Executive Officer of the British automaker.

The plant will have a capacity of 1,30,000 units per year and is expected to dole out three Jaguar Land Rover models by 2016. According to industry experts, the joint venture will boost the Chinese automotive market as the industry will open up to newer associations.
Advertisement

“The plant opening marks the completion of our start-up phase of which we are incredibly proud, and now we will continue to build with the same passion and pride, to realise our goal to be the premium automotive manufacturer inspiring excellence in China’s automotive industry”, said Chris Bryant, President of Chery Jaguar Land Rover.

The company will also make investments in training of about 2,000 people in health and safety standards, process systems and problem-solving, as well as the company’s quality-control processes and corporate culture. The sale of China-made Range Rover Evoque will begin by early next year.

The company through the plant aims to capture a larger share of the Chinese auto market. It will launch tailor made models specially designed for the Chinese consumers.

The British auto major has sold over 100,000 vehicles in China, making it Jaguar Land Rover’s single largest market.
NewsletterSIMPLY PUT - where we join the dots to inform and inspire you. Sign up for a weekly brief collating many news items into one untangled thought delivered straight to your mailbox.
CAPTCHA: