The deal, first announced in December, was confirmed on Monday during US President Donald Trump's four-day state visit to Japan.

Japan "has just announced its intent to purchase 105 brand new F-35 stealth aircraft. Stealth, because, the fact is you can't see them", Trump said at Japan's Akasaka Palace. "This purchase would give Japan the largest F-35 fleet of any US ally."
Advertisement The F-35 deal is likely to help Japan reassert its role as a leading security player, but also present a new challenge to China's People's Liberation Army, which has extended its clout in the Indo-Pacific region in recent years.

So far about a dozen US allies have placed orders for the F-35.

The Australian government has budgeted US$17 billion for 72 of the jets and South Korea has ordered 40 F-35As. Lockheed Martin, which makes the F-35, also hopes Seoul will buy another 20 of the fighters.

Advertisement
Washington and Tokyo have long been wary of Beijing's military expansion, with Japan announcing a new foreign policy strategy of a "Free and Open Indo-Pacific" three years ago to further promote the "rule of law, freedom of navigation and free trade".

Washington's concerns are reflected in this year's version of an annual congressional report that warned: "Over the coming decades, [Chinese leaders] are focused on realising a powerful and prosperous China that is equipped with a 'world-class' military, securing China's status as a great power with the aim of emerging as the pre-eminent power in the Indo-Pacific region."

Military observers said that the F-35 deal, together with Tokyo's plans to modernise its fleet of Izumo-class helicopter carriers to accommodate jets, pose a threat to Beijing's game plan in the South China Sea by increasing the operational reach of its air force.
Advertisement Japan does not face the South China Sea but views it as strategically important due to its role as a vital shipping lane.

Zhou Chenming, a Beijing-based military expert, said: "The [F-35 deal] can help Japan counterbalance threats from China ... and it can be seen as a vital part of the worldwide coercion strategy of the US.

"This is bound to upset the balance of power in the Asia-Pacific region, given the large quantity of warplanes ordered by Japan."
Advertisement Analysts also pointed out that although China's fifth-generation J-20 fighter has given the PLA a lead in the stealth fighter race, the Chinese aircraft was known to have suffered from engine problems even after its deployment in 2017.

The latest F-35 deal will also put further pressure on China to accelerate and improve its J-20 development programme.

Zhang Baohui, director of the Centre for Asia-Pacific Studies at Lingnan University in Hong Kong, said: "If Japan buys the F-35B, which is carrier-based, then it will upset the South China Sea dynamic. Japan does have plans to deploy F-35B to its aircraft carriers."
Advertisement 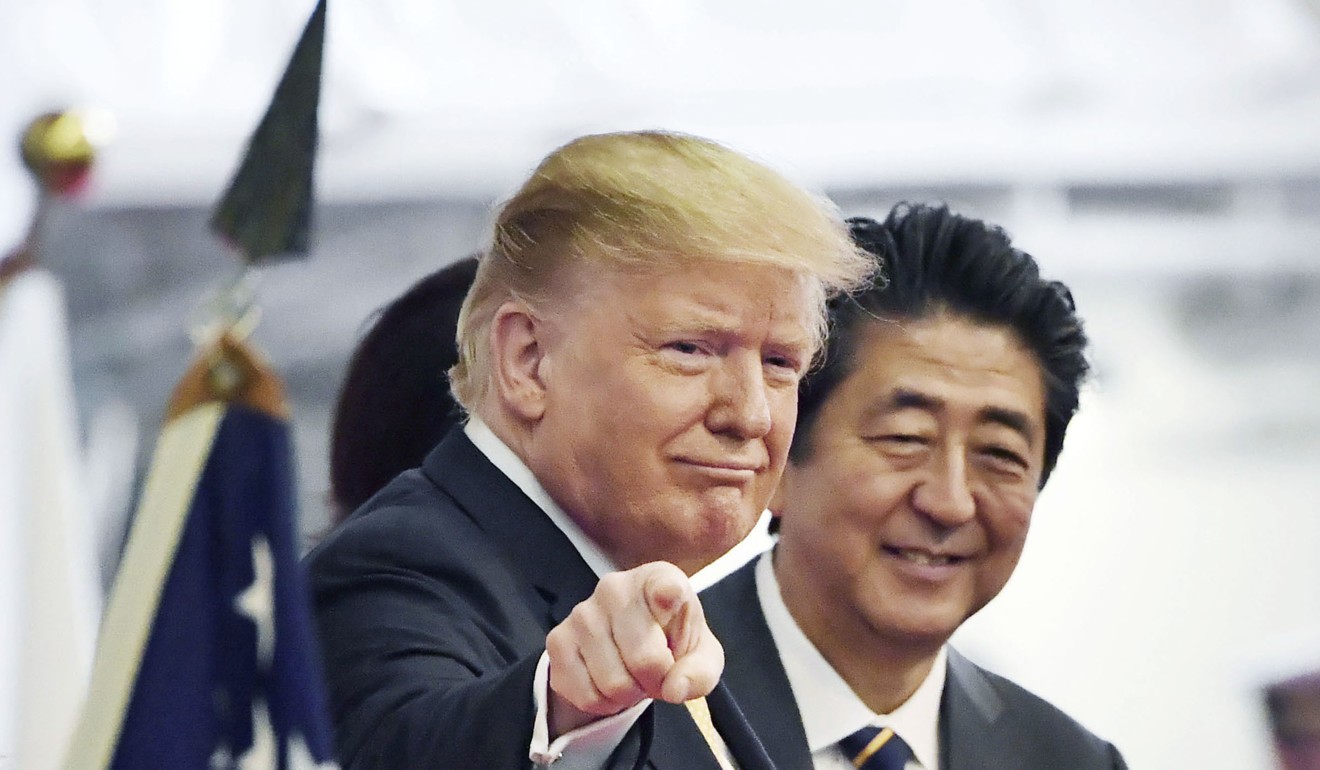 Ryo Hinata-Yamaguchi, a visiting professor at Pusan National University in South Korea, said: "As Japan moves to configure the Izumo class with the ability to launch short take-off and vertical landing features, the F-35B is essentially the only choice."

The F-35 deal is about "enhancing Japan's ability to achieve air and naval superiority, which is vital to the defence of the Japanese archipelago", he added, noting that the further strengthening of military ties between Washington and Tokyo would improve their joint operational capabilities.
Advertisement Song Zhongping, a Hong Kong-based military analyst and formerly an instructor with the PLA Artillery Corps, said: "The purchase will definitely trigger a regional arms race, prompting China to do the same by developing and deploying more of its own advanced stealth fighter jets in the region to counter the military presence of the US and its allies.

"Japan needs to update its old air force fleet, with its 200 F-15 fighters approaching the end of their service life," he explained.

"It also wants to catch up with the pace of generational advancement of fighter jets in many countries - entering a new age of stealth fighters."
Advertisement 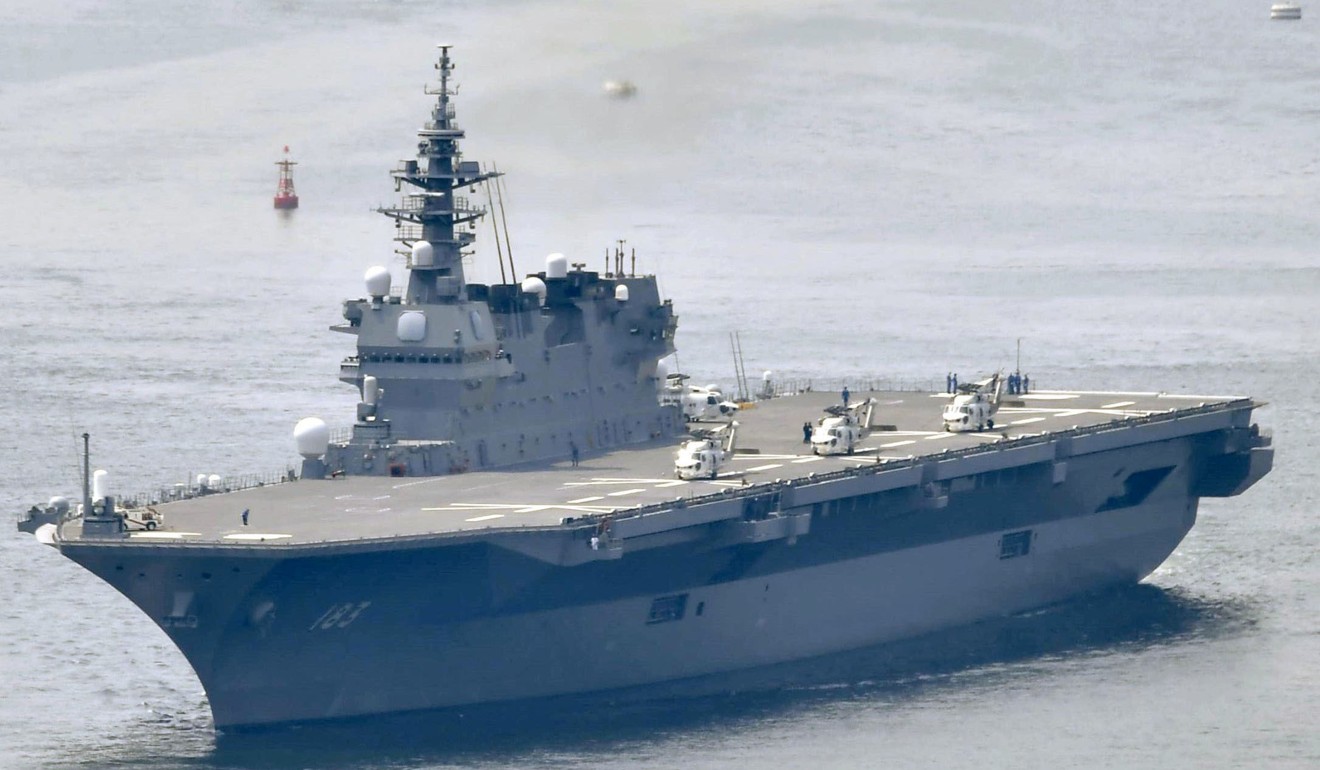 Collin Koh, a maritime security expert at Nanyang Technological University in Singapore, said the F-35s would give Japan a significant boost in the stealth fighter race.

"Japan would retain its position as one of the best-equipped air forces in the region and worldwide," he said.
Advertisement Koh suggested that while China was a key concern for Tokyo, North Korea was also a consideration.

"This move could be seen as a response to what Japan has in recent times mentioned to be an increasingly severe security environment it faces: not just China and its rapid military build-up including, of course, the induction of new-generation fighters such as J-20, but also the threat posed by North Korea," Koh said.