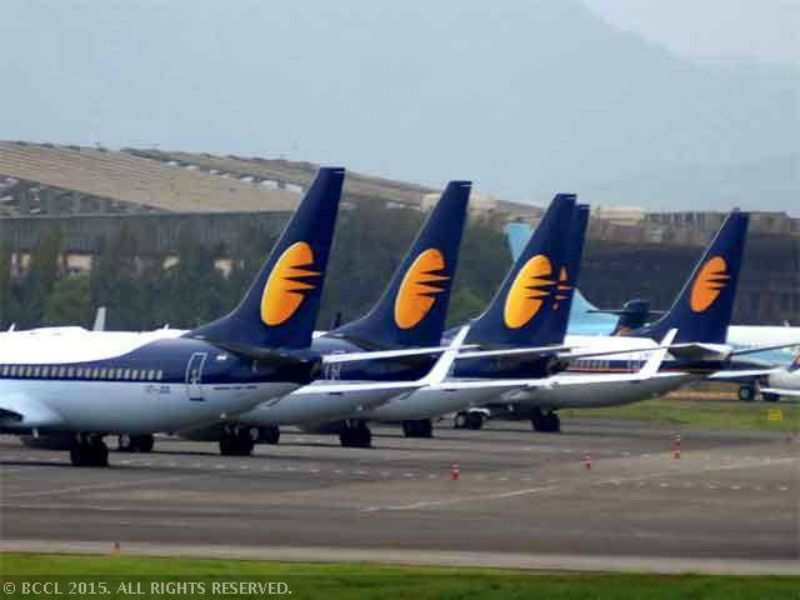 Jet Airways, India's second-biggest airline by passengers, reported an annual profit on Thursday for the first time since 2007 and a year ahead of schedule under its 2014 turnaround plan.
Advertisement

The carrier, part-owned by Abu Dhabi's Etihad Airways, said lower fuel costs and higher aircraft use helped it swing to a profit in the year ending on March 31 but warned that growing domestic competition was putting pressure on yields.

For the year, its net profit was a record 12.12 billion rupees ($181 million) compared with a loss of 20.97 billion rupees in the previous year, the company said in a statement.

Jet reported a profit of 4.26 billion rupees for its fourth quarter to the end of March, compared with a loss of 18.03 billion rupees in same quarter a year earlier.

It lowered its debt by 16.8 billion rupees during the year but did not say what the latest debt level was.

Advertisement
The airline would continue to focus on strengthening its balance sheet to sustain growth, Chairman Naresh Goyal said in the statement, although he said competitive and structural challenges remained.

"The induction of capacity and the enhanced competitive scenario is creating a constant pressure on yields," Goyal said.

Jet competes with state-run Air India and Vistara - a joint venture of Tata Group and Singapore Airlines - in the so-called full-service category in a domestic market dominated by low-cost carriers.

InterGlobe Aviation Ltd's IndiGo is India's top carrier with 38.7 percent of the market as of April.

' market share was 18.9 percent in April, down from 23.1 percent a year ago, according to government data.