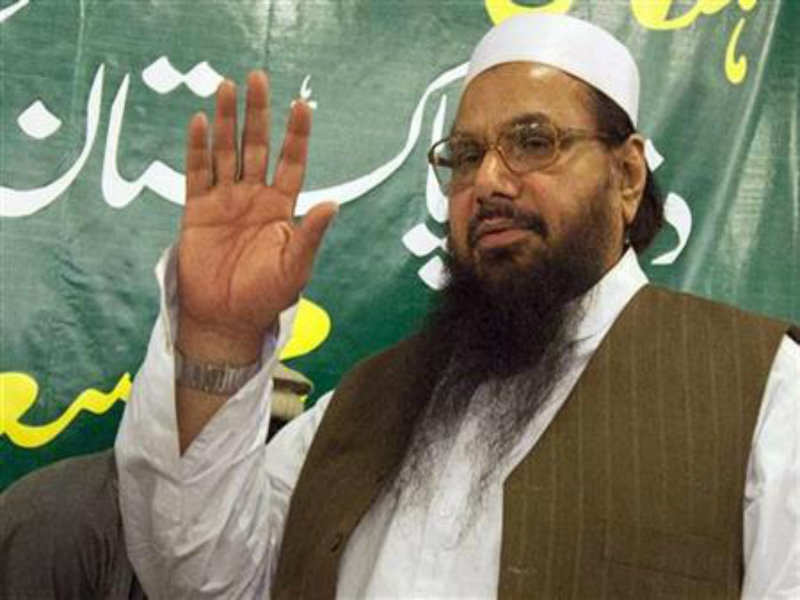 Advertisement
An official list of 60 proscribed terror outfits, released by Pakistan, has cleared all doubts about Mumbai attack mastermind Hafiz Saeed. His terror group (JuD) and Afghanistan-based dreaded Haqqani network are not banned in Pakistan.

JuD is listed as a terror outfit by the United Nations, but it’s not a terror group in Pakistan.

However, the Pakistan government has put the JuD on the list of groups being closely watched by officials. This means that it can be banned if found guilty of promoting militancy.

has a $10 million US government bounty against him. He is responsible for the 2008 Mumbai attacks that killed 166 people, but he moves freely across Pakistan.

Moreover, he has recently filed a plea in a , seeking ban on the release of Bollywood movie Phantom in Pakistan, alleging that the film, set on post-26/11 attacks and global terrorism, contains "filthy propaganda" against the country.
Advertisement

In the petition, Saeed pleaded that the Saif Ali Khan-starrer film, which is scheduled to release on 28 August, has "venom against Pakistan and Jamaat-ud-Dawa".

Further, the al-Qaeda-linked dreaded Haqqani network, blamed for several deadly attacks against Western and Indian interests in Afghanistan including the 2008 bombing of the Indian mission in Kabul, is also not on the list.

According to the list, there are 60 organisations banned by Pakistan for their involvement in militancy.

Arranged in alphabetical order, the Lashkar-e-Toiba (LeT) is on number 39 while (JeM) is on 29.

The Islamic State or Daesh, which had made in-roads in the region, is also not included in the list.

The JuD is the only group under official observation, shows the list. The group runs schools and hospitals and carry out charitable work during floods and other natural disasters.

Next StoryDawood Ibrahim – his Money and Lifestyle
Advertisement
Popular on BI
Latest Stories
View All Latest
Trending News
Buying Guides
Advertisement
Dawood Ibrahim – his Money and Lifestyle
The Algorithm Of A Suicide Bomber
Beware of WATERMAIN! Chinese hackers have been trying to steal data from India for the past 4 years
Popular Categories
Trending Right Now