Know why Putin’s political decisions are causing panic in Goa 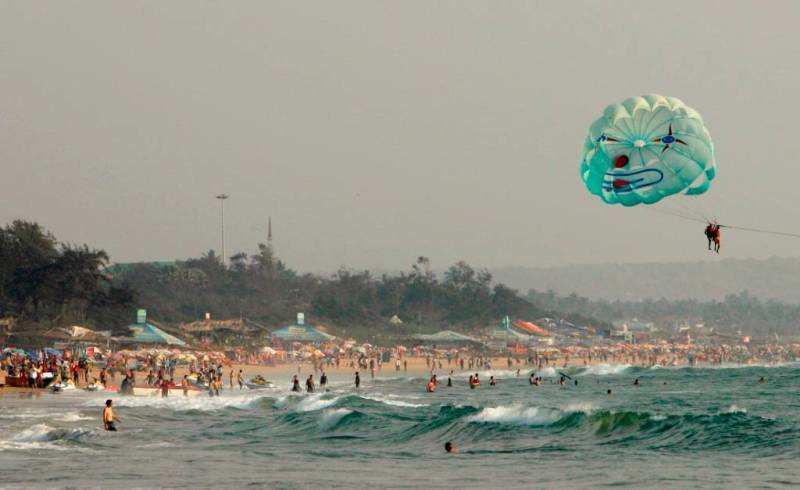 With Indian summer’s all set to make a comeback, domestic travellers are packing up their backpacks en route , yet the hoteliers of India’s most popular beach state look gloomy. Blame it on Russian President Vladmir 's interventions in Ukraine, ’s annexations of and a sharp decline in oil prices, all of which have contributed to a plummeting rouble.

A reflection of their spending power is that total foreign international tourist arrivals to Goa actually grew 4.3% on year to 513,592, albeit slower than 9% in 2013 over 2012.
Advertisement

"December 24-January 10 is the period when the hotel usually receives a lot of Russian tourists, with Russian Christmas falling on January 7," Siddharth Savkur, general manager at Alila Diwa, Goa, a luxury boutique resort told the financial daily. "That contributes almost 10% of the hotel's annual revenue. So when you have a shortfall in this window, then a small drop in the room nights will have a big impact on the hotel's overall sales,” he added.


Advertisement
The Leela, in a bid to compensate for the loss tried wooing people from other countries like "British, German, French and Swiss". Shridhar Nair, general manager informed the ET that overall occupancy in October-March is down 8% from a year ago.

"We have seen an average drop of 10%-15% in hotel pricing, compared to last year, because of a slowdown in foreign tourist arrivals," said , chief revenue officer at Cleartrip, adding that the travel portal doesn't usually see offers of this kind. " have now been looking at ways to drive domestic traffic, giving special offers to induce last-minute bookings."

Slashing the rates over the past few months have lured young travellers and corporate tourists but that didn’t benefit the establishments much.

Advertisement
"Even the premium hotels like us had to drop the tariff by at least 11-12% during the October-December period, which is the peak season for the market," said the director at Shrem Resorts, which owns the Novotel Hotel and Grand Mercure Hotel in Goa. "Goa is a price-sensitive market, especially north Goa. We are working on value offers and packages to lure domestic customers during the summers," she added.

"Domestic travellers will not fully compensate for the demand since charter-flight tourists typically spent longer holidays (15 days) compared to the domestic tourist (four-five days)," said Mohit Gupta, head of online business at Makemytrip, adding that by April 2016, there will be 500 more five-star rooms in Goa.