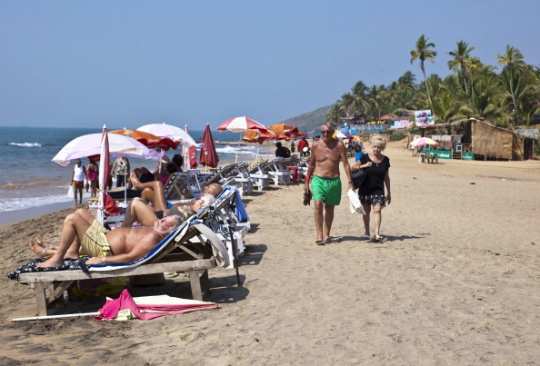 Advertisement
With a long weekend coming up, Indians have already packed their bags and ready to hit the road. According to , one of the leading travel booking sites, the website has recorded a whopping 200% rise in bookings for weekend getaways over last year.

“This year has seen a number of long weekends that has impacted travellers' behaviour. People are now looking to take frequent but shorter breaks rather than one long break in a year. These long weekend trips are not only rejuvenating but also light on pocket and range from anything between Rs 15,000 and Rs 20,000 per person for domestic destinations and Rs 30,000 to Rs 40,000 per person for international ones,” said Sharat Dhall, President-Yatra.com.

A survey done by Yatra has revealed that among domestic destinations in North, Jammu has seen a 65% rise in growth of flights week-on-week while hotel bookings have gone up by a substantial 212% every week. Jim Corbett, the perfect place to mingle with wildlife, has witnessed 230% increase in its hotel bookings. While traditional tourist places such as Jaipur and Shimla have recorded 250% and 241% rise in its hotel booking week on week.

However, it is not just the Northern and Southern tourist destinations that are attracting travellers. Destinations such as , Mahabaleswar and Shirdi in the West and Puri, Darjeeling, Kolkata and Gangtok in the East will also be flocked by travellers.
Advertisement

It isn’t just domestic destinations that are raking in the moolah. Foreign locales too have been thronged by Indians. The hotel bookings for Thailand have risen by 77% while has registered a growth of 69%. Similarly, Dubai has witnessed an increase by 82% in the hotel bookings while has seen a 47% rise in the same.

Image: Indiatimes.com
NewsletterSIMPLY PUT - where we join the dots to inform and inspire you. Sign up for a weekly brief collating many news items into one untangled thought delivered straight to your mailbox.
CAPTCHA: