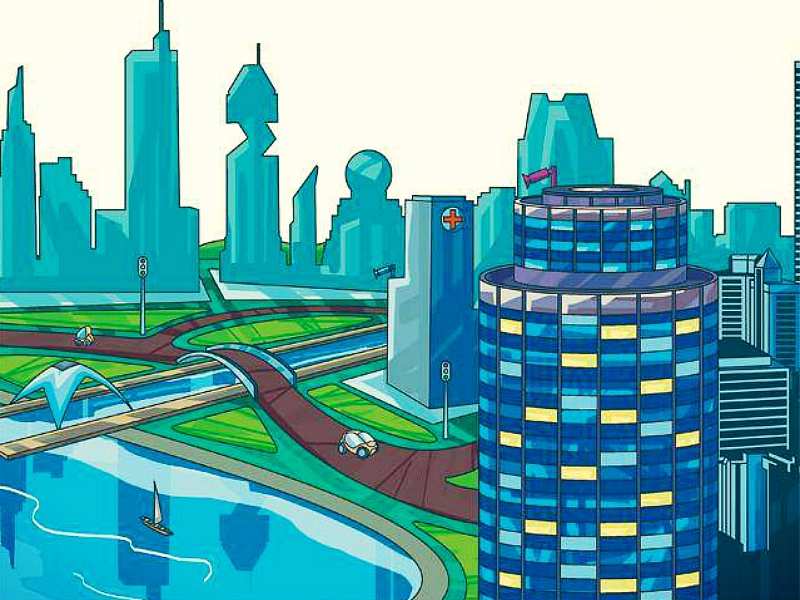 and its execution at present in India can at best be described as being rudimentary. The rains and the ‘urban floods’ that one sees in cities as distant as Mumbai and Gurgaon are living examples of the urban experience in India. The purpose is not to demean or demotivate architects and urban planners and their enormous contribution since India’s Independence. However, it is to bring to the fore the fact that citizens’ experience within cities is not pleasant in most cities in India today. Part of the problem has to do with the massive influx of people and the inability of the cities’ to cater to this influx. However, part of it also has to do with the inability of state and the private sector to provide services while having a rent-seeking mentality.

The first of these problems/opportunities that exist is with respect to urban housing and allied urban services. It includes not only delivery of quality housing to value conscious people moving to cities but also looking at fulfilling other related and allied services. It also includes the provision of gas supply, electricity supply, and water supply. The range of services can either be public or private. However, the major point is the delivery of these services at competitive rates for value-conscious consumers.

Secondly, roads, mobility platforms/systems, etc. that form major infrastructure elements within Indian cities need to be designed/ maintained properly. These along with waste are often not accorded the attention that they deserve in India especially with the kind of urban density that Indian cities have. Drainage and sanitation are often an issue in the rainy season that causes several water-borne diseases. Proper sewage disposal, drainage systems as well as fully functional waste collection system as it leaves individual houses are crucial for building a healthy city.
Advertisement

Third, most Indian cities are without lungs. It is because most of them do not have proper landscape planning and a functional mechanism for the preservation of trees. India’s cities are the one of the most polluted cities in the world. According to a recent report by the World Bank, the economic impact of the ambient air in India is as high as atleast1.6% of its GDP. The problems of asthma and other lung related ailments are precisely due to the ‘lack of lungs’ in the cities along with air pollution.

Fourth, mobility options within a city are often limited and problematic. These relate to end-to-end mobility choices within cities that are safe, comfortable as well as cost effective. Mass transit systems work wonders in dense urban locations but can be a nightmare to design and implement. Choices like collective biking for people who reside close to their workplaces can also contribute to a healthy city. Also, real-time information within cities is critical for making quick decisions. It includes not just the GPS system for directional navigation but also information about traffic flows that could prevent congestion and lead to productivity gains and an efficient city.

Finally, while designing and building cities of the future one has to look carefully at the workplaces and commercial spaces within the city. These form the economic engine within a city. As the middle class in India increases further, these are bound to take greater prominence within cities. Advertisement
Over the next two decades, these broad areas should be focused on to mitigate the adverse effects of India’s burgeoning urban population and build more livable cities. It will not only enable systematic urban development but also help in making urban reality a pleasant experience in India.

Next StoryWhere is India buying its property?
Popular on BI
1
Infosys reportedly plans to reduce the number of managers— the CEO and COO got over 25% salary raise in FY20
2
Mumbai coronavirus micro containment-zone has 717 areas in 24 wards — here’s the entire list
3
Microsoft and Mukesh Ambani's Reliance Jio are already partners in India⁠— but Satya Nadella reportedly wants more
Latest Stories
Trending News
Where is India buying its property?
Delayed by 30 months and not ready yet! This is the status quo of ready-to-move residential units in Mumbai.
How much it costs to buy a house in the most expensive ZIP codes in the US
COVID-19IndiaCases: 190,535Deaths: 5,394Recovered: 91,819
COVID-19WorldCases: 5.94mnDeaths: 367kRecovered: 2.64mn
COVID-19USACases: 1.72mnDeaths: 102kRecovered: 445k
COVID-19Access our Live Coverage
Popular Categories
Trending Right Now
More from our Partners