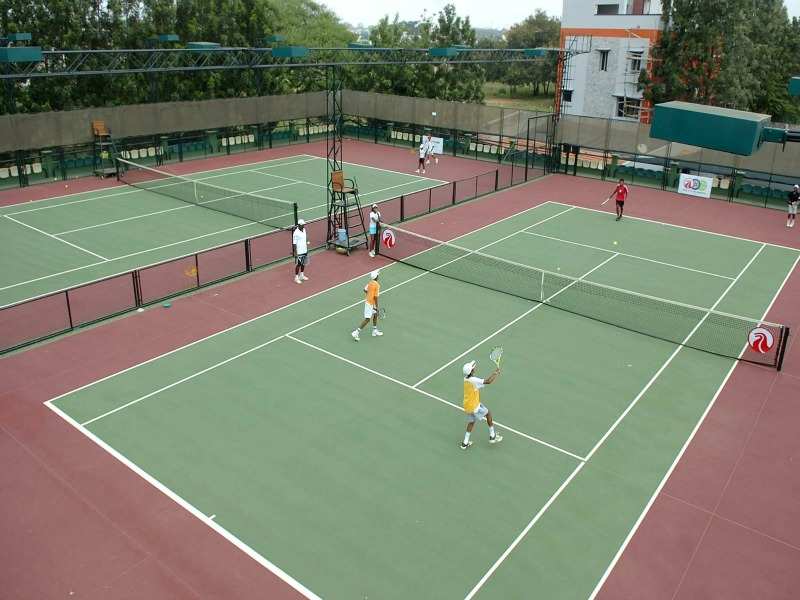 It may have been a scintillating sunny morning on the inaugural day of the Australian Open. But one thing that sent the mercury rising on the news meter was not the hundreds of sweaty spectators who gathered to witness the grand event. What grabbed the headlines was the dubious scandal of match fixing that was considered to be the deciding factor of the results.
Advertisement

Rumors and scandals in the glam world of films and sports are no exceptions. Time and again, actors and players have been victims, and even active participants in such scandals. While movie celebrities have got entangled in myriad kinds of scandals, the major occurrence that creates mayhem in the sports arena is indubitably match fixing.

No doubt the recent flash of news on the obnoxious racket apparently conspired by eight unidentified tennis player stirred sport aficionados to the core.

According to a detailed investigative report dug out by Buzzfeed and BBC through a study of whopping 26,000 matches played between 2009 and 2015, there were several instances of top class Grand Slam players being a part of betting and throwing matches.

What turns out to be even more suspicious is that the Tennis Integrity Unit, which is supposed to look into such illegal proceedings, has remained mum in most of the situations or let the issues fall through the cracks.

Advertisement
The information, as presented by the two top news channels, was said to be based on solid evidences which they acquired from a handy archive of documents that got leaked and which depicted shocking facts.

They even went to the extent of claiming that the players, although not named, were among the top 16 players forming the core group of Grand Slam Doubles and Singles, who quite unexpectedly went on losing several matches at a time when it was alleged that they were being pitted with bets.

In fact, the leaking of the documents post the suspicious probing in 2008 had made it imperative for setting up of the tennis governing body to look into such integrity issues.

However, officials sitting on the top pedestals did nothing and clearly denied the fact that they had sought to keep such discreet information from coming into the open.

The fact that the one player of the top Grand Slam has not been named has been attributed by the report to be a purposeful endeavor to be an eye opener for all the top tennis authorities to dig deeper into the match fixing issues.

Advertisement
However, as a counterstrike the officials have taken up the same issue stating that the names could not be pointed out as the reporters did not have evidence enough to support their allegations against the player’s repeated and purposeful losses.

The top 3 players in the world of tennis, too, have the same opinion to voice.

They are unanimous in their claims that the reports presented by Buzzfeed and BBC are not strong or staunch enough to be able to convince the millions of tennis mavens around the world.

, the 3 rd top tennis player according to the current records, stated that if the claims were apparently true they should unhesitatingly bring out the names to the forefront.

They should declare without any tinge of speculation whether the parties involved was a single player or a team, or a support group and whatsoever were the intricate details of match fixing hullabaloo.

Advertisement
the player at the prestigious 2 nd ranking had a different approach to the issue altogether.

He rather casually waved off the problem of match fixing as something that was extremely common and that he had grown up hearing as a child too.

So is it not likely that the posh players of the game might indulge in it too when the amount won is equal to a fortune? the world’s top tennis player, according to the current records, went on to dismiss such issues as unimportant, given the fact that the game has indeed traversed a long way and has achieved unprecedented success in the past decade.

Of course, his own case came into the limelight when a few years back he was offered a whopping $200,000 to lose a game. He claims to have rejected it outright and dropping out of the tournament completely.

It comes as no doubt that, such sweeping issues of match fixing percolating myriad sports from cricket to tennis affect the very purpose and integrity of the games.

Advertisement
And once such dubious speculations seep through the sporting world, it only gives rise to sinister skepticism in the minds of cynical sporting connoisseurs.

They are then no longer able to perceive the games as pure means of entertainment which gives them opportunities galore to indulge to their hearts content and find happiness and solace.

If such unscrupulous issues go on brewing without immediate investigation and actions taken by the respective integrity authorities, the shroud of doubts would veil the honesty of the majority of tennis players who scrupulously go on making the world proud.