He dropped out of his MBA course, but cracked a $400mn deal with India's hottest start up! 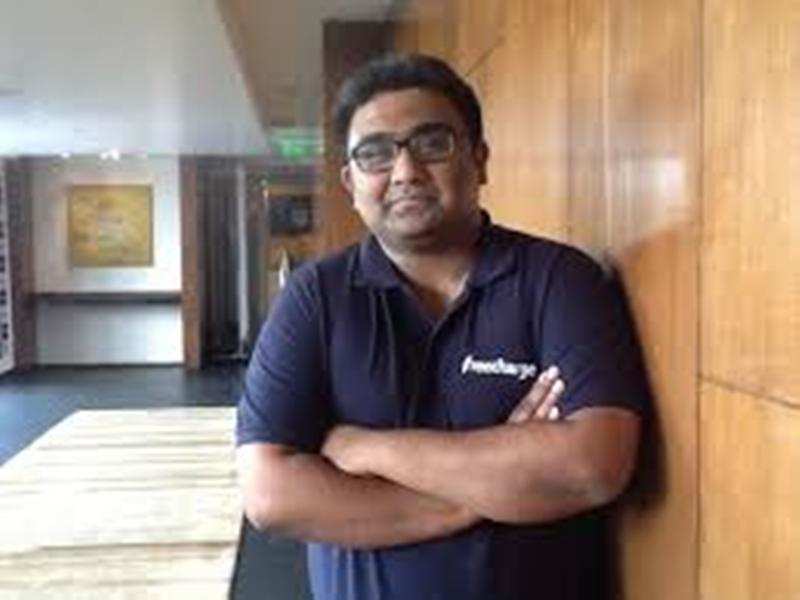 Kunal Shah has just sold his four-year-old online mobile recharge venture FreeCharge, which he started with friend Sandeep Tandon, to Snapdeal for a whopping $400 million, the largest deal to date in India's consumer internspace. Here is an excerpt from a Times of India interview with him.

How did FreeCharge happen?

The idea came when Sandeep (Tandon) and I were doing a marketing solutions company. Sandeep is an engineer by training, and has built businesses, and I have known him for 15 years. We learnt about interesting marketing techniques that drive consumer behaviour. We started PaisaBack that ran cashback and promotional discount campaigns for organized retailers. While running this, I found that 95% of the invoicing of a mobile store was recharges. I was always a postpaid consumer and never knew that recharges were that big. I realized then that a huge amount of traction could be gained in online recharges, especially if we could somehow make it free. FreeCharge was launched on August 15, 2011. One of our early partners was McDonald's and this helped build our consumer base quickly. When we started, there weren't many believers in this category. Even today it's not mentioned in any ecommerce report as a category. It feels great to be a pioneer. There are at least six clones now.

Advertisement
Were the incentives you offered key to your success?

We believe behaviour changes happen when there is an incentive or motivation of some sort. Consumers who are transacting offline need a little incentive to come online and transact. Giving coupons and subsidizing things make people do that. For the youth, it helps them multiply their pocket money. If you can get an extra burger with a recharge, it's a big thing for a coffee date. v How long can you keep giving such incentives?

Incentives are sponsor advertisements from other companies. We merely position the incentive.We create footfalls for them.Merchants pay us to list their coupons.

Advertisement
Why did you sell out?

If I were going home, it would be a sellout. I'm not going home. I'm continuing in FreeCharge as CEO, doing what I want to do, which is to build a great ecosystem. We have taken big targets. We grew 1,000% last year and we want to do even more this year.

Why did FreeCharge move from Mumbai to Bengaluru?

Advertisement
Bengaluru brings a very interesting mix of people who have worked in product companies and who have worked abroad. No other city has that level of talent.We had people from Zynga games coming into our company. We see amazing value coming from Bengaluru. But I think the talent pool is be ginning to emerge everywhere.

How did you come to be an entrepreneur?

The question should be the other way. How did I end up becoming an employee and not an entrepreneur from day one! Because I hail from a family of entrepreneurs and never wanted to work for somebody. But as it turned out, my first job, in marketing, was more like entrepreneurship. And the transition to being a full entrepreneur was natural.

You did philosophy in college, and then dropped out of your management course. What drove you to take those steps?

PayPal founder Peter Thiel is a philosophy graduate. Philosophy matters in life. As for dropping out, I was looking to learn the practicalities of running a business and I found little of that in college. But that is just me. It is not a recommendation for anybody else. Everybody learns differently. I was more inclined to learn practically than through theorems that were not relevant in all contexts.

Based on your experience, what advice would you give aspiring entrepreneurs?

My biggest learning is that you should have a 'never say die' spirit. That is the crux of entrepreneurship. I don't think talent or smartness can make you successful. It is the ability to strive and survive every day that makes an entrepreneur. When you focus on the customer, you will realize that building a product is about making it a seamless and great experience. Every single time a transaction fails, it changes you as an entrepreneur. Relentlessly pursuing perfection makes you a different person. When you talk constantly to customers, you receive feedback that helps you develop a better product. There are millions and millions of people depending and believing in you. And that is your kick every day. You want to do better than yesterday. I always feel that money has to be a byproduct. Any entrepreneur who tries to optimize capital rarely makes money. If you chase perfection, money will follow.

How many more ventures do you see yourself doing?

I don't know. I'm not done with the journey yet. I'm sure we are going to build something really big. I know entrepreneurs who started at the age of 62 and became very successful. I am just 35.
NewsletterSIMPLY PUT - where we join the dots to inform and inspire you. Sign up for a weekly brief collating many news items into one untangled thought delivered straight to your mailbox.
CAPTCHA: