Minimalist living: That amazing world of simple needs is just a step away from greed! 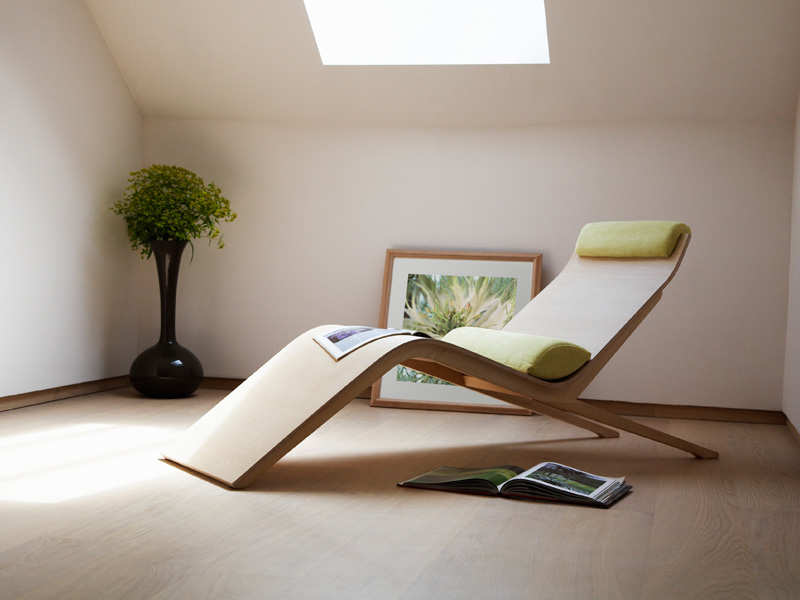 When consumerism is racing ahead to fill the world with more stuff and generate more wants among people, an alternate route is finding many takers. Minimalism or Voluntary Simplicity has been existing in this world since long. To state the facts, perhaps started right with the cave man!
Advertisement

Jokes apart, minimalist living is catching up among a lot of and others who have not taken the beaten track of consumerism.

Realistic minimalism is about living with less, even when you can afford more. Some people practice it as a way of letting go of things that have already been accumulated. When minimalist urge beckons, people begin to sort their lives out, bit by bit, by way of parting with things that they have stored out of desire, and not out of their usefulness. For some, it is much like creating a piece of art. What do you achieve, by NOT wanting things? For starters, you get over your own obsession of material comforts. Once you enjoy having less, decluttering becomes a joyous task than that of a painful job.

William Irwin (Ph D) Herve A. LeBlanc Distinguished Service Professor (Chair of Philosphy) King's College, Pennsylvania shares his own version of 'minimalistic' living. "Technology does not draw me. If you ask me what my cell phone model is, I will point you a teeny weeny old phone I keep in my car that is of use only when I get a flat tire." Technology is the new seductress with time!
Living a frugal life gives you a command over your mobility, sense of security and direction of the adventure you would seek in life.

How else can you describe the joy of being able to pack your backpack and set off on a sea adventure or hiking in the mountains without having to worry a fully-loaded home which could be an invitation for someone to break into?
Advertisement
It is not only the minds of people that are attracted to minimalism; but physical structures too are getting a very layered down makeover. Spaces are being planned to keep the lines simple, air and light aplenty and energy flowing through the walls and glasses much more than filling the area with wooden furniture, some timeless showpieces of pompous money or even that lovely painting that gains no value just by hanging in that corner.

When minimalism came back into vogue in the recent times, one wondered whether all this would even find takers. A Performance Coach and Corporate Strategist Devon White says all that people want is increased self worth. "When you can drive home the point that clean, neat and simple is as elite as pricey and rare, people want it better. Minimalist living is about being present, satisfied, and on top of the game."

is also one more novel way of leading a minimalistic life much like Bill Gates, Azim Premji, Laurene Powell Jobs and the likes who hit it rich owing to technology avenues that opened the floodgates of economic prowess for them. Minimalism is about 'giving back to the society'. Yes, point noted. But, it is also a way of combating the severe emotions that have become a part of new found clutter in the dark alleys of mind that has seen money too fast and too easy. Another author, Jacqueline Fisch says "Minimalism is not about not being able to buy what you love. It is about acquiring things that you love. In fact, less space is about and hence, a lot more life!"

Living with less is aesthetically more pleasing, satisfying and most importantly, a significant contribution to oneself in saving up all the necessary resources that would have gone waste otherwise. has come back into fashion, much like some of the world leaders who showed they could move mountains with their simplicity and resilience. Remember Nelson Mandela, Mahatma Gandhi or even the recent Dalai Lama? Now juxtapose them against any rich brat you have known, and see who would you choose to rub shoulders with, in the long run.

What is important to know is minimalistic living is about practicing your mind power over your will power. Remember that story about a good wolf and a bad wolf living inside you, and the one that grows will be the one that you feed? Well, if not as black and white as good and bad, minimalistic living is about feeding the demon inside you or the angel. Minimalistic living will not only help you strengthen your will power, but help you become a person of conviction who cannot be easily influenced. This cannot be achieved even by climbing the corporate ladder and sitting on the high chair.

Advertisement
Breaking the cycle of wanting is difficult to begin with. But once you set it in motion you can easily understand why the quote says 'rolling stones gather no moss'. Living frugal is empowering. It's the real meaning of freedom, if you choose to get there.