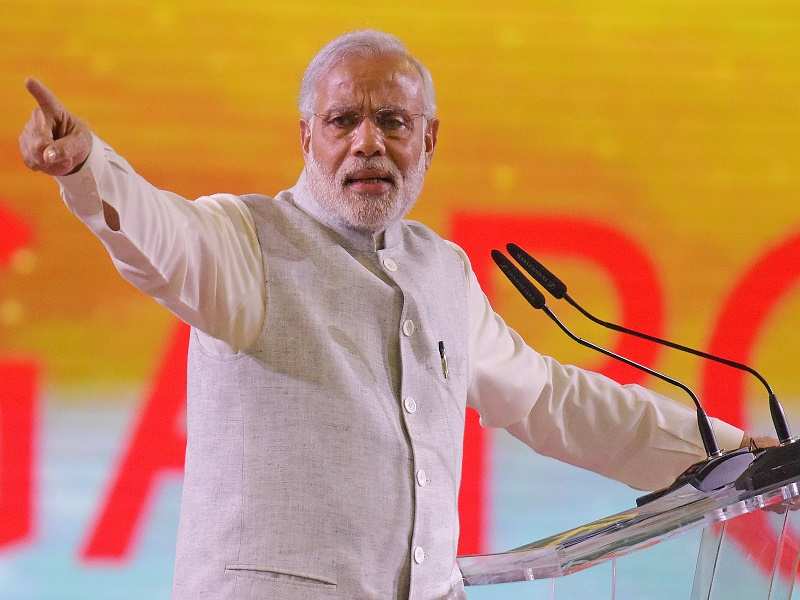 Advertisement
On the occasion of , Prime Minister asked civil servants to come out of their silos and work as a team so that they can act as an agent of change for citizen welfare and development.

He was addressing bureaucrats in Mumbai, where he asked them to feel free to experiment so that they can bring in the required changes, besides also increasing their interactions with the people so that greater results can be worked out.

"Some people work in silos. We get more results working in team than in isolation. We need to come out of silos and work together as a team for ," Modi said.

He also said that the earlier role of civil services as regulators has now been moulded into that of an administrator and then controller.

"When time further changed, you (civil servants) must have thought of acquiring managerial skills. Time is changing. Only being an administrator and controller is not enough. It is the need of the hour that everybody, at every level, has to be an agent of change," PM added.
Advertisement

He also said, "We need to bring in changes. When we sit at one place we forget to experiment. If we do not experiment then how do we bring changes? There is no experiment without risk. And if we don't experiment, then it becomes merely a job".

"I always reward experiments. People who do work differently and experiment, they get a different satisfaction," the Prime Minister said.

Talking about the importance of learning irrespective of your ages, he asked senior officials to benefit from the knowledge of their juniors, who belonging to a different generation probably know better ways of accomplishing a task.

He also stressed upon the importance of civil servants engaging with people, so that the schemes and initiatives launched by the government can be better implemented.

"Let us create an atmosphere where everyone can contribute. The energy of 125 crore Indians will take the nation ahead," the Prime Minister concluded.
Advertisement