MSMEs Riding The eCommerce Boom, May Make ‘Make In India’ A Huge Success 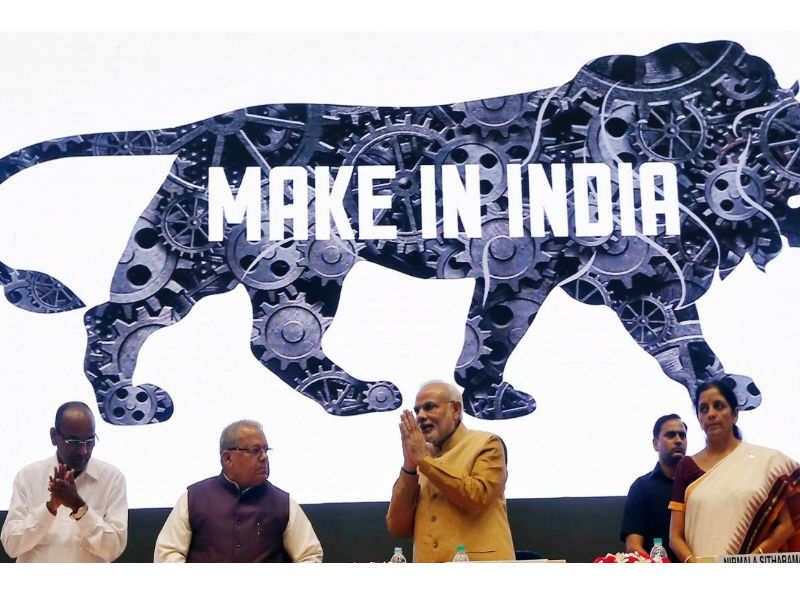 The Prime Minister’s pitch has garnered a lot of attention for its bold declaration of intent. There have been many takers for the proposal with many companies across the world hoping that the bugle has sounded on a policy shift that aims at ease of doing business, a truly open and competitive environment and an enabling policy architecture.
Advertisement

Closer home, there are green shoots of optimism emerging from the unlikeliest of places. At a time when economic growth in India has struggled in almost every sector, Small and Medium Enterprises (SMEs) have grown at 23% per annum and outstripped the 15% growth figures of the industrial sector in India. SMEs in India employ close to 100 million people and account for 8% of GDP. Almost half of the manufacturing sector in India is comprised by such SMEs and close to 40% of India’s exports are credited to such enterprises.

Naturally, the Make in India campaign has great resonance for the Micro Small and Medium Enterprises [MSME] sector, for it opens up huge new possibilities for existing and new enterprises. However, All India MSME Association’s (AIMA) apex micro, small and medium enterprises body has pointed out that in all the euphoria what needs to be understood, analysed and thereafter strengthened, are the factors that are fuelling the growth of SMEs and MSMEs today.

A study carried out by FICCI-Nathan in 2013 put a perspective on this situation. Analysing the Internet’s role in the performance of India’s small and medium enterprises, the report concludes that “In the last 15 years, the Internet has turned out to be one of the most promising tools which SMEs can leverage for their growth.” According to the report, a survey of 951 small and medium enterprises in various industrial and geographical clusters across India shows that of those who do use the Internet, 64% have seen an increase in sales and 69% an increase in customers.

The burgeoning eCommerce business has in fact become the carrier for growth of MSMEs thanks to a re-oriented selling environment where investments in logistics, manpower, marketing and distribution channel costs have all reduced drastically. Above all, the attention to production, the improving bottom lines and the customer satisfaction have all contributed to the success of such enterprises which are focussing on improving quality, yield and production values without having to negotiate for wafer-thin margins, deferred payments and stock gluts.

Advertisement
eCommerce is giving MSMEs access to markets producers could not reach or afford to reach hitherto. The IAMA-IMRB (2013) report on digital-commerce suggests that the eCommerce industry in India is expected to reach approximately 13 billion USD, showing a year-on-year growth of 34% since 2009. Availability of broadband services, increasing Internet penetration and growing purchasing power are supporting the growth of online retailing in India.

It is by now well established that eCommerce has powered MSME growth over the last few years with an intensity that was not known before and that eCommerce has the potential of transforming the MSME sector, unleashing its true potential, converting to greater scope for businesses and higher efficiencies as well as profits.

However, in spite of this spurt there are roadblocks for the growth of these online platforms that are being used by MSMEs. This needs urgent attention. The eCommerce industry is beset with policy confusion and obstructionist rules that constrict and control rather than allow unhindered growth. This is in turn directly limiting the growth potential of the MSME sector in the country. Disallowing foreign investment into the sector for direct operations by eCommerce companies are not only hobbling their operations, but also straitjacketing MSMEs.

India has now overtaken Japan to become the world's third-largest online market in terms of Internet user base, growing at 31%, after China and the US, according to research firm comScore. The number of online shoppers in the country is currently estimated at 14% of the total 74 million Internet users and has been growing at 35% over the last three years, according to an American Express study. The number of online shoppers in India is likely to reach 38 million by 2015. So, once again, while the Indian market is maturing fast, the policy framework is way behind schedule.

When India with its restrictive policies does not allow in , in effect it means that the eCommerce player is only a transit entity, barred from securing volumes to sell directly to consumers. Naturally, economies of scale do not come into play in such an equation and the result is that neither the consumer nor the producer benefits, leaving the eCommerce player to survive on transitory, wafer-thin commissions. One needs to only look at our neighbour China to see how it has fuelled the with an enabling policy framework, occupying the global top slots both in the B2B and B2C spaces. Its MSMEs are able to use the power of the Internet to further their potential in exports.

Advertisement
AIMA has time and again indicated that most of India’s manufacturing activity, especially in apparel and shoes is carried out by MSMEs in tier-2 and tier-3 cities. eCommerce is giving a much needed fillip to local sourcing, where even a small manufacturer or aggregator in a mofussil town can sell his wares easily and without attendant business development and distribution costs at the click of a few buttons. Research suggests that eCommerce is growing at a faster rate in tier-2 and tier-3 cities clocking an average of 40% growth year-on-year. eCommerce is pushing warehousing and logistics to smaller towns for efficiency and generating employments for lakhs of youth across the country. It is freeing manufacturers of agencies and allowing them to talk and deal directly with sellers bringing down costs, improving efficiencies, benefiting both consumer and seller.

It stands to reason that FDI in B2C eCommerce will boost infrastructure development and spur manufacturing facility besides bringing in much-needed investments. MSMEs can harvest the potential of this new growth engine if allowed to operate freely. It is only then that the Make in India theme will gain currency.

About the author: The article is written by Anupam Gupta, who is Convenor IT, All India MSME Association [AIMA] and Head, Strategy and Operations Dragonfly Education.