Sriram Iyer
Aug 12, 2019, 13:46 IST
All eyes were on Mukesh Ambani today (August 12) who delivered his speech at Reliance Industries' 42nd Annual General Meeting (AGM). Here are the top ten takeaways from a historic speech that laid out the path for the transformation of one of India's biggest and fairly old conglomerate:

Saudi Arabia's state-owned oil producer, Aramco, will buy 20% stake in the Indian behemoth's oil-to-chemicals business, valuing the unit at $75 billion. This would make the investment from Aramco in RIL at about $15 billion.

Reliance Industries has a huge debt of about $21 billion. This has been a huge concern for investors lately which led to a fall in the stock price in the last few months. However, Ambani declared that the net debt will be zero by March 2021.

The company has cash and cash equivalents of about $19.5 billion and another $15 billion from Aramco will help the company retire its massive debt. RIL will also get another $1 billion from its joint venture with BP.
Advertisement


3. Reliance Jio and Reliance Retail will be spun out

Reliance Jio and Reliance Retail will be listed in the next five years, Mukesh Ambani told his investors. "There has to be an 18-month gap between the two listings, and therefore the five-year timeline may be crunched to 3 years," an analyst, SP Tulsian, explained on CNBC-TV18.

Advertisement
4. Satya Nadella comes for a cameo, but is here to stay

The surprise guest at the AGM today was global tech icon Satya Nadella, the Chairman of Microsoft, who joined the RIL AGM. Microsoft and Reliance Industries have joined hands to take Jeff Bezos' Amazon head on.


"It is imperative to develop a nation-wide cloud infrastructure which is at the same time cutting-edge and affordable," he said. Microsoft will bring Azure into Jio data centres.
Advertisement

Small businesses can get the voice/data services, marketing and sales solutions and all Microsoft tools package at a starting price of ₹1,500 a month.

5. The threat to Jeff Bezos

Microsoft's tie-up with Jio will, probably, be the biggest challenge for Jeff Bezos in one of the world's biggest markets, India.
Advertisement

Reliance will offer end-to-end digital stack to "enable and empower" small merchants currently at the mercy of other online retail platforms like Amazon and Flipkart (now owned by Walmart). This stack will include a point-of-sale payment device, which could be a $900 billion market, according to Jal Irani, analyst at Edelweiss Financial Services.

6. Once an oil giant, now immersed in technology

Ambani's plan for digital transformation is that of convergence with the physical world. Reliance Industries plans to take long strides in spaces like 'Internet of Things' (IoT), cloud computing and a broadband ecosystem.
Advertisement

So far, Jio had only one revenue stream, and now there will be four more streams of revenue that will kick in from the current financial year itself.

"Within another 2 years, there will be over 2 billion connected devices in India, and Jio aims to have half of those on its IoT platform. This will be a ₹20,000 crore revenue opportunity and the commercial ops will begin from January 2020," Ambani said.

Jio Fibre will be availabe starting September 5, the third anniversary of Jio's launch, across India. The full network roll-out for Jio Fibre in the next year.

After disrupting mobile telephony, Ambani is targeting the fixed line broadband. Of the total 240 million households in India, the broadband penetration in India is only about 10% right now. That leaves Ambani to fight a large under-served market without having to offer deep discounts.

Jio will come bundled with most-premium OTT applications. Jio will also release movies on its platforms on the same day as the theatres.
Advertisement

Jio Fibre users subscribing for 'forever annual plans' will get an 4K LED television and a 4K set-top box.

8. The difference between Jio mobile and Jio Fibre

However, this time Jio does not seem to burn cash offering discounts to win over customers but is betting more on offering more value for a reasonable price.

Advertisement
The plans will cost anywhere between ₹700 and ₹10,000 per month. Any voice call on Jio will be free forever. The fixed line international calls will be cheaper by up to 90% of the existing industry tariffs.

Calls to US and Canada from India on Jio will cost only ₹500 a month. 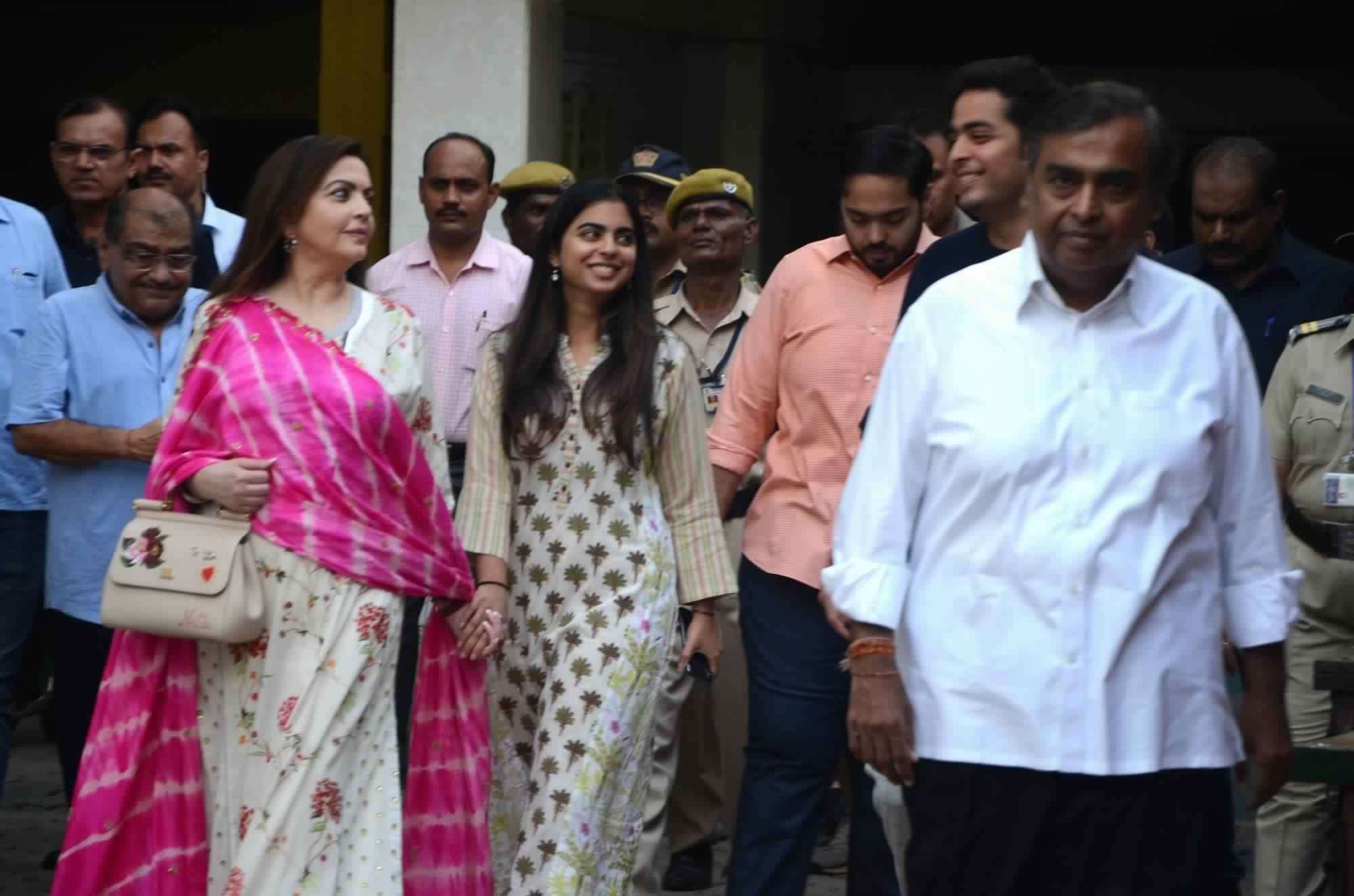 Jio seems to have changed focus from creating fresh content for its platform to building alliances with other OTT platforms.

Ambani also revealed that Jio will be able to offer traditional TV channels to its customers. Earlier this year, RIL acquired controlling stakes in Hathway, Den and GTPL. Together, they give RIL access to 30,000 local cable operators. "We have designed a Jio set top box that will broadcast TV channels, for which the local cable operators will get a steady revenue. This set top box will be sold to all Jio Fibre customers," the RIL chairman said.

Advertisement
Premium subscribers of Jio Fibre will also be able to watch newly-released movies at the comfort of their home on the day of their release in the theaters. This will be a huge setback for companies like Inox and PVR as Jio's offering may affect footfalls at multiplexes and box office collections too.

Jio's mobile phone services has about 340 million subscribers as of now. Ambani is targeting to take this number to over 500 million over the next few months.

Advertisement
That would mean Jio will remain an aggressive player in the market and that's bad news for other players like Airtel and Vodafone Idea.

Given that RIL is getting additional cash from Aramco and BP, and if it becomes a zero net debt company by March 2021, the company of its size and scale will only have more money to muscle out other players with its aggressive pricing. Other telcos are already in deep trouble after having fought Jio in the market for nearly three years with higher discounts, funded by higher debt.

"Reliance Industries' stock may hit a new high, beating its previous high of about ₹1,400, in 2019 itself," SP Tulsian said. Expect a rally when the market reopens for trade on Tuesday (August 13).