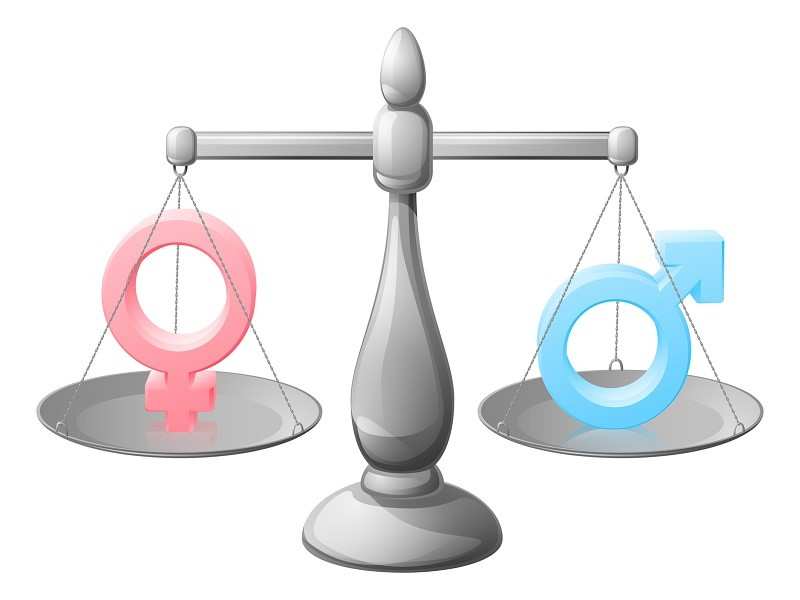 Two books that I read recently gave me insights into the experiences of two powerful women who have carved their place in male dominated workplaces. One of them was Justice (retd) ’s autobiography, On Balance and the other one was Lean In, the book on the experiences of Facebook chief operating officer, Sheryl Sandberg.

In her book On Balance, Justice Seth recounts her initial days at after being elevated as judge in the Delhi High Court. She says that people used to address her as the “new lady judge” and she had to frequently correct them, “I am not the new lady judge, but the new judge.” In her own words, she had to be “equal-plus” in order to be taken seriously. On a similar note, , in her book describes the gender stereotypes that have existed since her childhood and were even visible in her workplace environment. These books give a glimpse of the conscious and inadvertent biases that exist around us. They also bring out the physiological impact of and what women go through in such situations. As most of the top level positions are held by men, it is assumed to be natural that women cannot break the glass ceiling. Unfortunately, many educated and working women have also started believing in this theory. Being a woman in a corporate set-up, I could relate to their accounts.

Amidst a raging debate around , a recent ASSOCHAM-Thought Arbitrage Research report indicates that there was a spurt in the number of working women in India during 2000-2005. It jumped from 34 percent to 37 percent. However, the female labor force participation rate has reduced continuously thereafter and reached 27 percent in 2014.

It is ironical that this downward trend was more pronounced during the period when economy was experiencing unprecedented growth and less and less women were contributing of this boom period. This was a loss for not just India Inc. but for the entire country. We lost on the prospects of nurturing women leaders’ bridge the gender gap.

Advertisement
As the Assocham study shows women are usually seen leaving their jobs when they get married or plan their families. In fact, it is the single largest cause of females leaving their careers mid-way. They are expected to handle domestic responsibilities around children and elders.
Then there are issues such as gender biases, extreme work conditions and the lack of learning and development opportunities – all these make women quit their jobs. It glaring that despite having good academic qualifications, there are very few women who actually attain leadership roles. We can think of role models like Kiran Majumdar Shaw, , Arundhati Bhattacharya and . They have been the epitome of success through hard work and persistence. But we need to create more such role models for young girls to believe in themselves and repeat the success.

Move the needle on gender diversity

Irrespective of the sector, organisations need to make women centric agenda a company priority. Clear targets need to be defined to promote diversity at workplace and obstacles that stifle women talent and empowerment have to be removed. If marriage or maternity are the prime reasons for attrition of women employees, companies should have policies to offer continuity of career if they return, and even incentivise top talent to come back. Earlier this year, Telenor Group took a lead and declared a mandatory 6 month maternity leave policy. More organisations have followed and even the Indian government is seeking an amendment in the Maternity Benefit Act to provide 26-week maternity leave to all working mothers. Initiatives such as giving flexi working hours or having a crèche or day care centres in the office premises has helped new mothers strike a good work-life balance.

However, to build a pipeline of women leaders we also need create a career roadmap for them. Education, training and professional development modules have to be designed to bring them on a par with their male counterparts. Additionally, companies can focus on setting targets for women representation across all levels of the organization – including senior leadership and develop action plans to achieve these targets. Last year, Securities and Exchange Board of India (SEBI) came up with directions for listed firms to appoint at least one woman director on their boards with this objective and was stringent enough to get it implemented. Clearly apart from internal plans, a regulatory push always helps.

But policies are not the only intervention required. The work culture and the mind set needs to change. Time and resources have to be invested towards women oriented initiatives. Taking cognizance of this important topic and to promote women leaders, Telenor Group has started an initiative known as Women Inspirational Network (WIN) across all its 13 business units. WIN will provide focused leadership development to women leaders at CXO-1 and CXO-2 levels – ensuring gender balance in the organization’s overall leadership planning.
Advertisement
Companies need to consciously and cognitively take such steps for inclusive growth at workplace. Studies have shown that by meaningfully engaging with the women employees improves the overall functionality of the organization. The 18th Annual Global CEO Survey by Price Waterhouse Coopers (PWC) had recently reported that 85% of CEOs whose companies have an inclusiveness strategy said it improved their bottom-line.

With India Inc. getting noticed keenly globally for their business acumen, the world will be keenly scrutinizing the diversity agenda being pursued by these companies. The new age companies and start-ups are throwing up innumerable opportunities for career oriented women to come forward with their own set-ups. The journey has begun, how long it will take for us to reach the destination only time will tell.

About the author: Pooja Thakran is the Chief Communication Officer & Head of Social Responsibility at Telenor India Communications