Negotiate at the next level 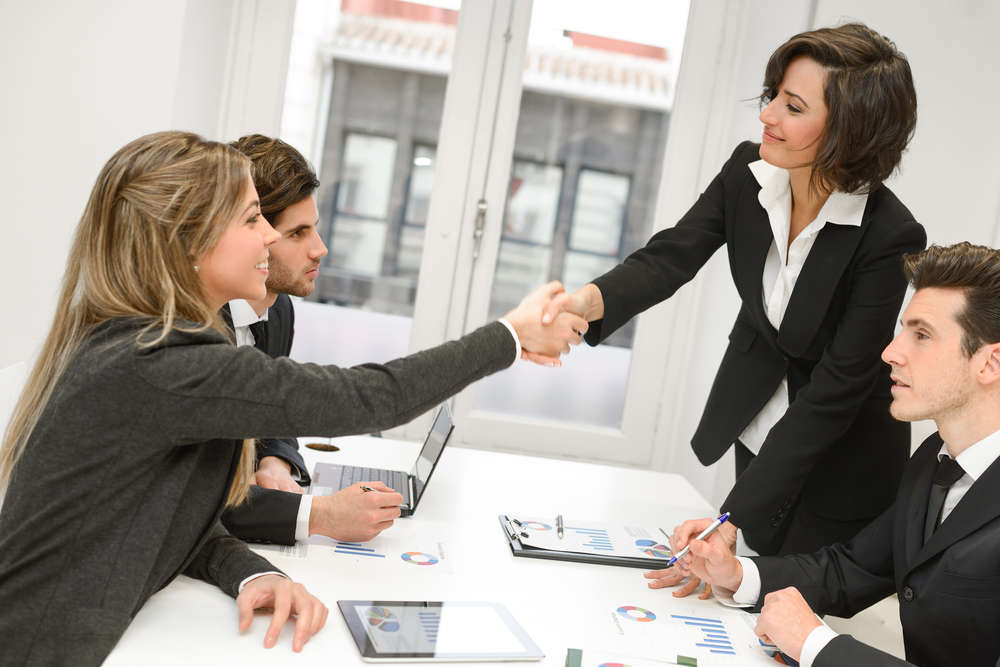 Most, if not all, business leaders have had occasions to test their negotiation skills. Whether buying a competitor to fuel growth, handling a delicate balancing act with a key customer or a trade union, or simply working with a spouse to set a curfew for a teenager, successful negotiation is an art. And, there are key elements to any negotiation that will allow you to elevate your skill to a more effective level.

In virtually every negotiation, the relationship of the parties does not end when the negotiation is finalized. Hence, there is an all-important precept: Negotiation is working side by side to achieve mutually beneficial solutions.
TOP VIDEOS FOR YOU

In the real world, the most experienced and successful business negotiators agree that no negotiation should be approached as winner takes all. In a successful negotiation, both parties gain. However, more often than not, one party gains more than the other, which leads to another negotiation maxim: Real world negotiations are settled when the expectations of both parties converge.

Advertisement
This requires a collaborative approach to the negotiation. In many negotiations, the parties&rsquo; problems appear to be a conflict of positions, and since both parties involved want an agreement with respect to specific deal points, they naturally tend to think and talk about positions. In this process, they often reach an impasse. The reason? They are focused on positions rather than on interests.

Consider two men quarreling in a library. One wants the window open and the other wants it closed. They bicker back and forth about how much to leave it open &mdash; a crack, half way, three-quarters of the way. No solution satisfies both positions. Enter the librarian. She asks one why he wants the window open, &ldquo;to get some fresh air.&rdquo; She asks the other why he wants it closed, &ldquo;to avoid the draft.&rdquo; After thinking a minute, she opens a window in the next room, bringing in fresh air without a draft. The librarian could not have invented the solution if she had focused on the two men&rsquo;s stated positions of wanting the window opened or closed. Instead she looked to their underlying interests of fresh air and no draft.

This difference between positions and interests is crucial. The basic challenge in a negotiation lies not in conflicting positions, but in the conflict between each side&rsquo;s needs, desires, concerns and fears. Negotiation is not a process to persuade someone to act against his or her interest &mdash; rather, it is a process to persuade someone to act in his or her interest. This requires an understanding of the other party&rsquo;s inter&not;est. A talented and successful negotiator can put the other side&rsquo;s case forward more persuasively than can the other side. That is, you must clearly understand and be able to articulate the other side&rsquo;s interests and let them know that you know.

Advertisement
The ability to see the situation as the party on the other side does, as difficult as it may be, is one of the most important skills a negotiator can possess. It is not enough to know that your counterpart sees things differently. If you want influence, you also need to understand empathetically the power of the opposing point of view as well as feel the emotional force with which it is believed. To accomplish this task, you should be prepared to withhold judgment while you &ldquo;try on&rdquo; the other view.

THE TIME FOR QUESTIONS

Reconciling interests rather than positions works for two reasons. First, for every interest there usually are several possible positions that could satisfy it. Second, underneath most opposing positions lie many more shared and compatible interests than conflicting ones.
An effective negotiator will work to understand what the other side wants, create a situation that gives the other side what it wants and then sell the other side on its own interests. So, how is this best accomplished? By using one of the most powerful tools of negotiation &mdash; questions.
Advertisement

Skillfully asked questions can transform a negotiation from an adversarial conflict to a partnership. By asking the right questions in the right way at the right time, it becomes possible to tap into people&rsquo;s inner thinking, stimulate dialogue and, therefore, engender mutual understanding. By asking the right questions, you can lead the people involved in the negotiation to productive agreements. Essentially, you can sell the other side on its own interests.

The right kind of questions asked in the right way at exactly the right time actually can give you control of the negotiating process. You will gather more information from others and reveal less about your&not;self. You can use questions to deflect heat or to put the heat on your negotiating opponent. You can use questions to gather useful information or to give selective information. The right questions open up communications between you and the other party. Open communication usually means increased trust, the foundation for a team working together for mutual benefits.

There is an important counterpart to being a good questioner and that is you must be a good listener. Listening enables you to uncover your counterpart&rsquo;s needs, understand the perceptions, feel the emotions and hear what your counterpart is trying to communicate. Although the need for listening is obvious, it can be difficult to listen well, especially under the stress of an ongoing negotiation.
Advertisement

THE IMPORTANCE OF ACTIVE LISTENING

Standard techniques of good listening are to pay close attention to what is said, to ask the other party to spell out carefully and clearly exactly what the meaning is, and to request that ideas be repeated if there is any ambiguity or uncertainty. Some consider it a good tactic to avoid giving the other side&rsquo;s case too much attention and avoid admitting to any legitimacy in the other side&rsquo;s point of view. A good negotiator does just the opposite.

When you are participating in a negotiation, listen actively and acknowledge what is being said. If you pay attention and interrupt occasionally to say, &ldquo;Did I understand correctly that you are saying &hellip; ?&rdquo; the other side will realize that you are not just killing time, not just going through a routine. The other side also will feel the satisfaction of being heard and understood. It has been said the cheapest concession you can make to the other side is to let your counter&not;part know you are listening.
Advertisement

As you repeat what you understood to have heard, phrase it positively from the counter point of view, making the strength of the other case clear. You might say, &ldquo;You have a strong case. Let me see if I can explain it. Here&rsquo;s the way it strikes me.&rdquo; Understanding does not equate to agreeing. One can simultaneously understand perfectly and disagree completely with what the other side is saying. But unless you can convince your counterpart that you do grasp how he or she sees it, you may never get the opportunity to explain your viewpoint. Once you have made the case for the other side, then come back with the problems you find in their proposal. If you can make the case better than the other side can, and then refute it, you maximize the chance of initiating a constructive dialog on the merits and minimize the chance of a misunderstanding.

(The article is written by Mark S. Greenfield, Partner at Blank Rome LLP, member since 1986. This article first published in the November 2016 issue of YPO&rsquo;s &ldquo;Ignite&rdquo; magazine)

(YPO is the global platform for chief executives to engage, learn and grow. YPO members harness the knowledge, influence and trust of the world&rsquo;s most influential and innovative business leaders to inspire business, personal, family and community impact. . Learning. Lifelong. For more information, visit YPO.org)
NewsletterSIMPLY PUT - where we join the dots to inform and inspire you. Sign up for a weekly brief collating many news items into one untangled thought delivered straight to your mailbox.
CAPTCHA: