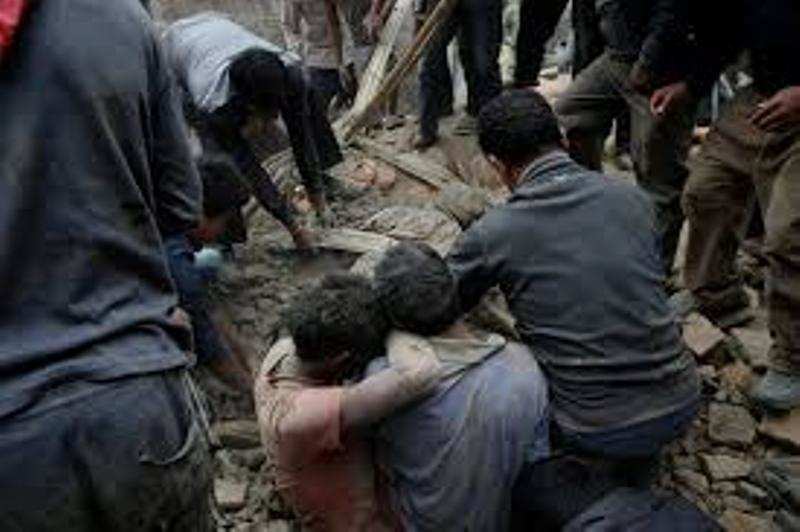 Over 400 are so far known to have died in a massive of 7.9 magnitude which hit large parts of on Saturday, the government said. Five people are reported dead so far in Bihar; tremors were felt across large swathes of Northern India including Delhi.
Advertisement

This was the worst earthquake to hit Nepal in 80 years. The capital of Kathmandu has been left devastated by a huge earthquake of 7.9 magnitude which pushed buildings into collapse, turned iconic landmarks into rubble, and left many injured.

At the main hospital in Kathmandu, people with broken limbs and arms were being rushed in for treatment. It was unclear how many people were injured.

The historic Dharara Tower built in the 19th century in Kathmandu collapsed, trapping at least 50 people, Nepal media reported. The tower had been open to visitors for the last 10 years and had a viewing balcony on its eighth floor. Witnesses spoke of dead bodies being removed from the site.

Mountaineer Alex Gavan tweeted from Mount Pumori, about 8 km west of , that the quake had caused an avalanche on Everest.

"Everest base camp huge earthquake then huge avalanche from pumori. Running for life from my tent. Unhurt. Many many people up the mountain," tweeted Gavan.