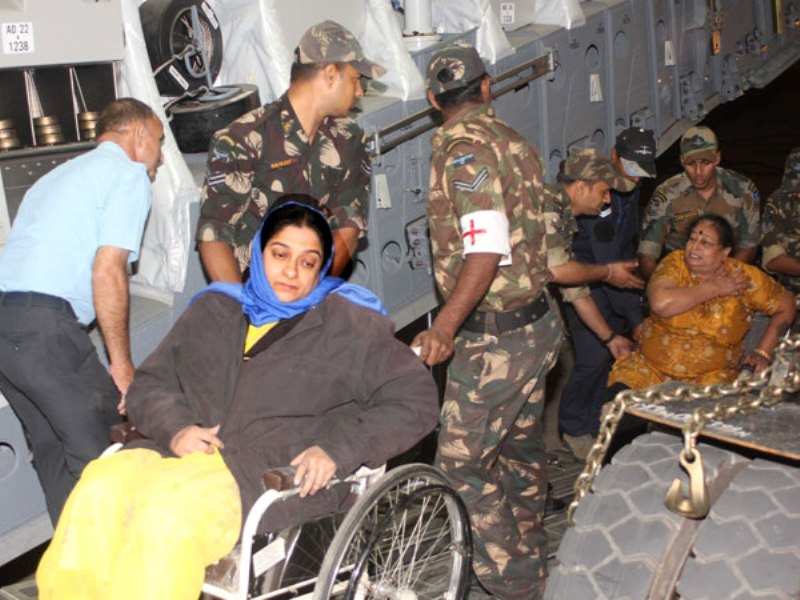 Stepping up its relief and rescue efforts, India has evacuated 1,935 stranded Indians from earthquake-hit , even as a fresh feeble tremor today jolted the battered Himalayan nation.
Advertisement

The flew 12 sorties to bring back Indian nationals including many children. "Despite bad weather in Nepal, IAF continued its operation last night. As of now, IAF has evacuated 1,935 passengers from through 12 aircraft sorties," Spokesperson, Ministry of Defence, Sitanshu Kar said.

A top Indian official has described the situation in the Himalayan nation as "very, very serious", nearly 1,000 trained personnel of the National Disaster Response Force(NDRF) have been also pressed into service after Nepal was struck on Saturday by the worst in 80 years, killing thousands of people.

"One C-17 of IAF landed at Palam from Kathmandu with 291 passengers on board at 0630 this morning," Kar said in a tweet. He said that an RATM (Rapid Action Medical Team) of Army was ready "with their medicines and equipment to set up first aid centre in Lagankhel, 08 km from airport in KTM."

"Army teams to bring in persons who need assistance to the centre," he added.

Advertisement
Braving rains, on third day, since the disaster struck, rescue teams continued to sift through mountains of rubble, looking for survivors.

Kar in his tweet also said that "Feeble tremors continue to rock Nepal on Day 3."