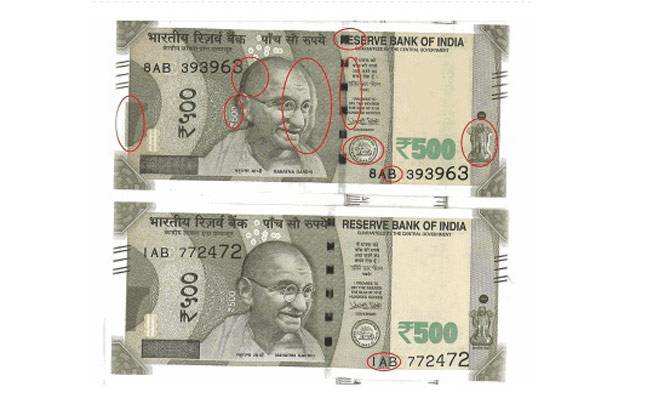 Counterfeiting was one of the main objectives of the Indian government when it announced and now it seems it may get hampered due to a defect in printing of Rs 500 notes.

Two variants of new Rs 500 notes have surfaced in the market and the has accepted the defect, saying it happened due to printing rush.

The defect in Rs 500 note is likely to create confusion and panic among people. Many photos of defect Rs 500 notes appeared on social media.

Advertisement
People said there was a visible shadow of Gandhi's face, alignment of the national emblem on the note was not correct and there were issues in the serial numbers also.

Many complained about the size of the borders, different colours, etc.

Shape Up Your Future 16th & 17th September 2021
Watch Live
Meet Our Speakers
Nikhil Malhotra
Dan Schawbel
Ronnie Screwvala
Dr. KV Subramanian
Benjamin Pring
Sanjeev Bikhchandani
Watch Live
RBI spokesperson Alpana Killawala, said, "It is likely that notes with printing defect has got released due to the current rush. However, people can freely accept such a note in transaction or return it to RBI."

Advertisement
Former Home Secretary GK Pillai told TOI, "Prevention of counterfeiting is almost impossible, with official mechanisms in Pakistan printing notes with access to as much sophistication as we do. So, it is only a matter of delay and temporary suspension of such notes in the country that one could have hoped for. I cannot yet comment on the Rs 500 notes as I am yet to see them, the Rs 2,000 notes are of good sophistication. That said, if the RBI says there is only one new 500-note it is printing, there should exist only one."

Experts pointed out that multiple variants of the official notes will aid people attempting to infuse fake notes. "As it is people find it difficult to understand all features of an official note and fail to check for everything before they accept one. Now, if there are too many versions of the official note, slipping in another would be easier than otherwise," a service IPS officer who has dealt with crime for many years told TOI.
NewsletterSIMPLY PUT - where we join the dots to inform and inspire you. Sign up for a weekly brief collating many news items into one untangled thought delivered straight to your mailbox.
CAPTCHA: